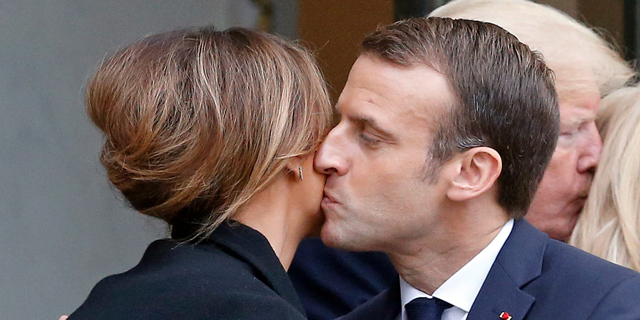 Paris: French government has ordered citizens to stop kissing on the cheek in an attempt to stop the spread of the virus. The new COVID-19 virus, which is spreading rapidly across Europe. According to a March 3 report from businessinsider.

In addition to banning people from "cheeks" as an integral part of French culture, the president's government Emmanuel Macron also ordered a temporary ban on public gatherings when the virus was found to be present. In this country.

France's Health Minister Olivier Véran warned the French people over the weekend to stop the welcome. A tradition of kissing each other on both cheeks.

"The reduction of the physical relations of the body has been," Olivier Véran said at a press conference in Paris. Recommended. This includes the past practice of kissing each other on the cheek as the virus is spreading. "In our territory, we must now join hands to slow down the spread of the virus."

President Emmanuel Macron's government also introduced a ban on public gatherings of more than 5,000 people infected by the virus. To many people, that country continues to spread throughout Europe and throughout the world.

However, Olivier Véran said, "These measures are temporary, and restrictive measures because of the fact that "We hope we can prevent the spread of the virus."

The ban on large public rallies has resulted in the cancellation of the planned half-marathon. This Sunday, March 1st.

The Louvre in Paris, one of the world's most famous museums, also closed on Sunday.

France had 73 cases of COVID-19 infection over the weekend. Two of them died. Also, nearly 90,000 people worldwide have been infected with the virus, including more than three .000 deaths due to coronavirus. (Editing by: Thida)