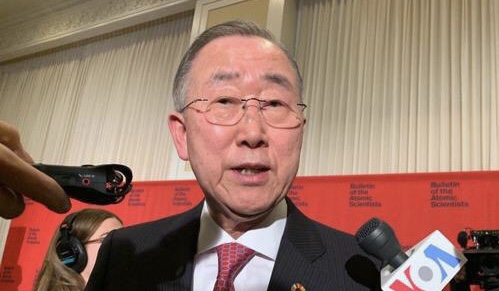 Former UN Secretary-General Ban Ki-moon has called on North Korea to seize the opportunity for talks with the United States, according to a Yonhap news agency report.

Washington and Pyongyang have not had formal nuclear talks since the last round in October ended without agreement.

Ban, also a former South Korean foreign minister, expressed disappointment that the DPRK appears to have moved away from its commitment to dismantle its nuclear weapons program.