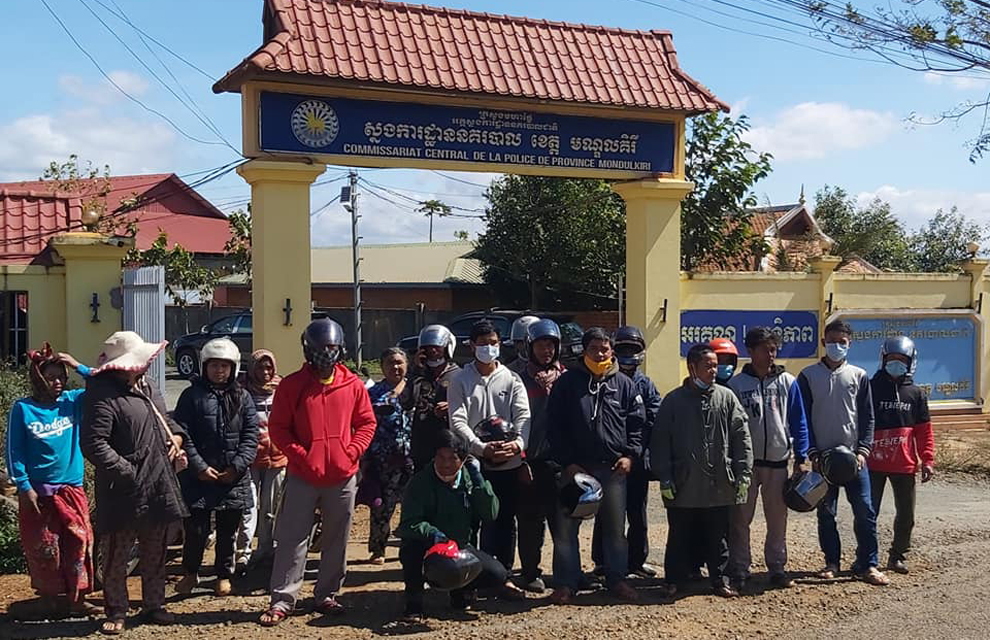 Lor Sokha told the Post yesterday that he had summoned Kreung Tola for questioning over a case in which the activist had written a critical letter. Authorities on Facebook reported digging for precious stones to sell to Chinese and Vietnamese traders. However, he did not order the authorities to detain Mr. Kreung Tola.

He said that the forest activist had written some words that were different from the fact that the authorities did not take action against the traders and criminals. . But obviously, professional officers went to investigate and research at that location carefully. This case does not have the same action as what Tola wrote on Facebook.

"I let him go home, we just let him come and clarify what he wrote to defame the management," he said. Bring our province. We asked him to clarify and make a contract, because he wrote on the ground, no evidence, no facts, no references. That's right, he has to make a contract like that. ”

"If there is another time, he must report to the authorities properly, do not write like this again," he said.

Sokdom commune chief Pov Sophat said yesterday that he had sent experts and village authorities to inspect the site. And. This case is indeed an excavation of a blue stone, but he did not know for sure that the people took the blue stone. To sell to any merchant or individual.

“The villagers in the area are diggers because there are traders from outside waiting to buy stones from them. So they went to dig up the stone and sold it without knowing the law. Authorities have banned them and explained the legal issues to them.

But according to Mr. Kreung Tola, who commented on his writing was not a criticism or defamation of No leadership. In that sense, he urged the authorities to crack down on natural resource harvesting without proper permission.

He said that a group of people came to dig this colored stone a month ago because they lacked awareness about The law will have Chinese and Vietnamese traders waiting to buy from them. But the authorities do not seem to be taking any action against these natural resource destruction activities.

"The commissioner asked us to cooperate with the authorities to report any illegal activities, but he "He did not want us to write criticism on Facebook, he contacted the authorities directly."

The forest activist continued: "And I replied that if I report to the authorities and the authorities take action immediately. Ah, that's fine. "But without action, I would still write criticism on Facebook."

Pen Bunnar, a local community empowerment program officer with the human rights group Adhoc, said that if the criticism was true, the authorities should not Summon people for questioning like this, because it is a right of freedom of expression. Authorities must investigate the truth rather than intimidate or intimidate citizens who tell the truth.

"If there is such criticism, the authorities must immediately go down to crack down or investigate without summoning the critics," he said. Do not ask like this. In the past, I have seen a lot of people criticize the authorities 'actions, that is, the authorities' slow action, so people can not stand it. Criticize on social media.

It should be reminded that the indigenous Pnong people living in Lao Kar village, Sokdom commune, Sen Monorom city on January 4 requested the provincial authorities Mondulkiri sent professional officers to inspect and crack down on the perpetrators of illegally digging a precious blue stone to sell Chinese and Vietnamese traders.