Foreign Minister: Despite the Kuwaiti crisis 19, Cambodia has never forgotten the belief in humanitarian and human rights 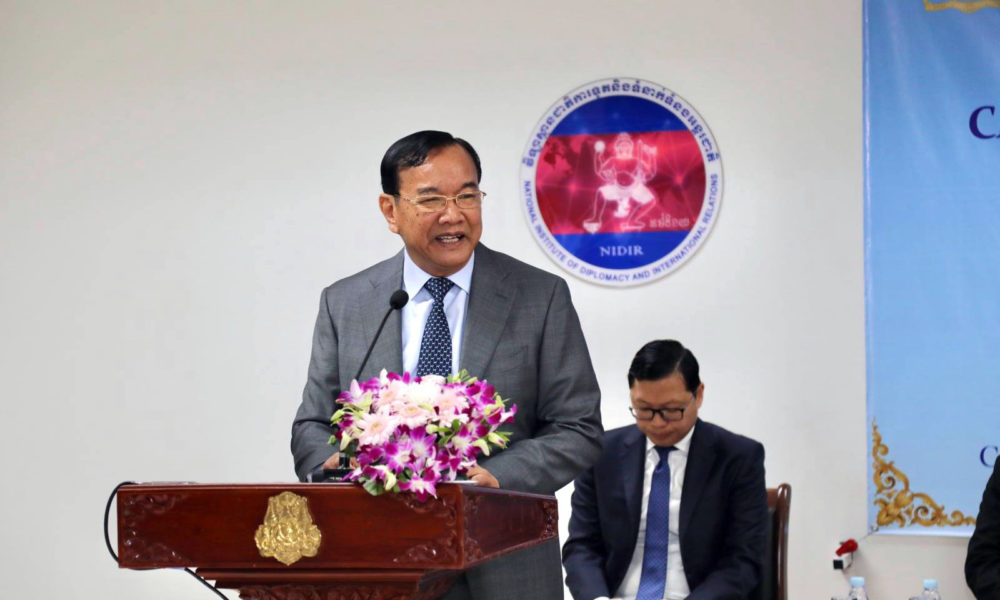 Foreign Minister: Despite the Kuwaiti crisis 19, Cambodia has never forgotten the belief in humanitarian and human rights

PHNOM PENH – Cambodia's Deputy Prime Minister and Minister of Foreign Affairs Prak Sokhon said that Cambodia has shown to the world that despite the crisis, Cambodia has never forgotten its belief in human rights and human rights.

On the occasion of the opening of the Policy Dialogue on the topic "Cambodian Lessons and Experiences in the Prevention of Kovirus-19" on 1 July, Deputy Prime Minister Prak Sokhon said this was the most appropriate and important time when The rest of the world are joining forces in the fight against the deadly pandemic 19.

The National Institute of Diplomacy and International Relations, an important part of the Ministry of Foreign Affairs and International Cooperation, has the role of developing human resources in diplomacy and international relations that are difficult to predict and complex, he added. The institute's top priority is to enhance the skills of Cambodian diplomats to represent Cambodia and to safeguard national interests in a professional, efficient, dignified and honest manner.

Of course, the challenge of promoting Cambodia's image and preparing for modern diplomacy in the 21st century requires a wide range of new knowledge, know-how and skills. He stressed that this critical knowledge requires constant updating to ensure multidisciplinary development in the interconnected world. Therefore, the involvement of institutes in research is very important.


He added that Cambodia has clearly demonstrated the success model for epidemics and the ability to prevent the spread under the wise leadership of Samdech Prime Minister Hun Sen in gathering resources and assistance from other countries. International friends and institutions, in particular, are following WHO guidelines. Our country does not have the death of Kov-19, there is no confinement and only restrictions on certain activities.

“We have shown to the world that despite the crisis, Cambodia has never forgotten the belief in humanitarian and human rights. As a "small but generous country," Cambodia has offered test-taking and treatment to Kod-19 not only to Cambodians but also to foreigners.

He added that Cambodia has rescued the MS Westerdam, which accommodated 2,257 passengers, after being denied entry at ports from many countries. He did not have much to say, other than reiterating a recent statement by the Prime Minister, "How can we say respect for human rights if the right to live is not respected?" .

Unfortunately, despite the evidence of such success, we have found that there is little interest in the global press in Cambodia. It is also true that much of the attention has been focused on the global picture.