Forecast shows heavy rain from now to early next week 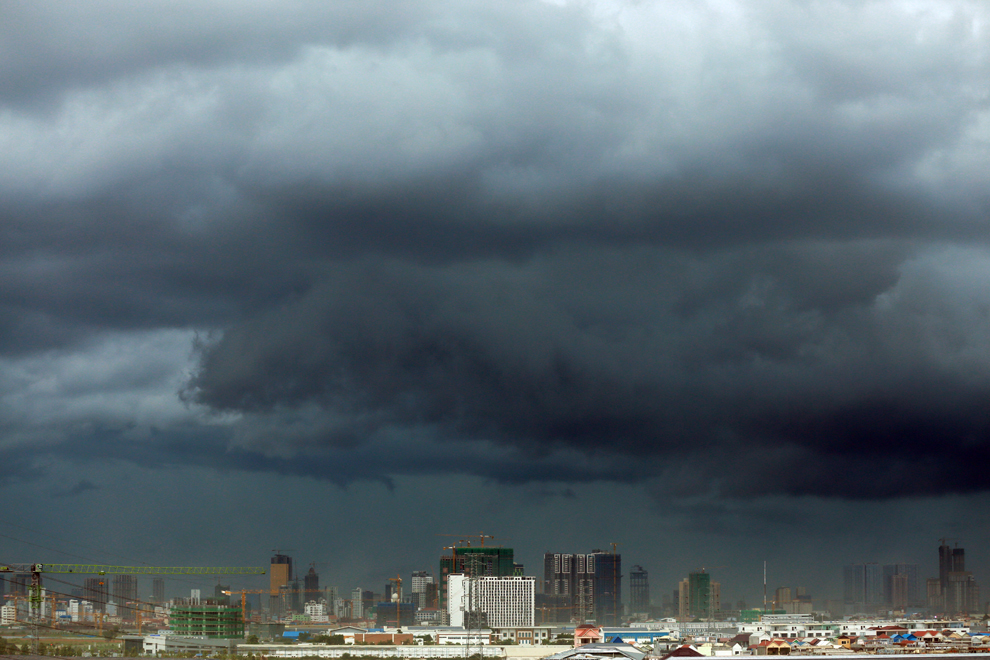 Forecast shows heavy rain from now to early next week


Phnom Penh: The Ministry of Water Resources and Meteorology predicts more rain in the lowlands from Wednesday this week to Tuesday next week. Central and northwestern Cambodia due to low pressure valleys passing through northern Thailand and central Laos and Vietnam Which is conducive to the replanting of farmers.

According to the forecast on September 1, farmers in the northwestern provinces of Cambodia, especially in Battambang and Banteay Meanchey provinces, past rice At the beginning of their rainy season, which was damaged by the drought, they may start plowing their fields to prepare for sowing and planting rice. Again.

Mongkul Borei district governor Rath Dasinang told the Post that some farmers were now waiting to check the rice, rain and water level in the canal system. And some tributaries to prepare for the rainy season rice planting, the second step after the upcoming Pchum Ben festival.

"Our farmers are very happy to receive the Ministry of Water Resources and Meteorology's weather forecast," he said. . They are ready to grow rice in the rainy season, the second step after the Pchum Ben festival.

According to Da Sinang, some of the early rainy season rice is now being harvested by farmers after a few heavy rains. Come here.

As for Sar Sary, chief of Bavel commune, Bavel district, Battambang province, told the Post that so far almost all farmland in Bavel commune There was little rain in the fields. He said that rainfall was mostly in urban areas, houses of villagers and markets, while in the fields it rained. A little does not wet the soil.

"Right now we are waiting for the rain to flood our fields so we can grow rice again," he said. Re-supply to support family life.

According to Sary, the rice production of farmers in Bavel commune is completely dependent on rainfall because the rice fields in this commune are On highland areas and lack of irrigation system.

However, Chan Yutha, a spokesman for the Ministry of Water Resources and Meteorology, confirmed on September 1 that from the beginning of September until At the end of October, scattered rain will cover most of Cambodia.

In some provinces, the central and northwestern lowlands will receive heavy rainfall. At the same time, strong winds and thunderstorms will occur during the rainy season and the required rainfall. To increase caution to avoid possible accidents.