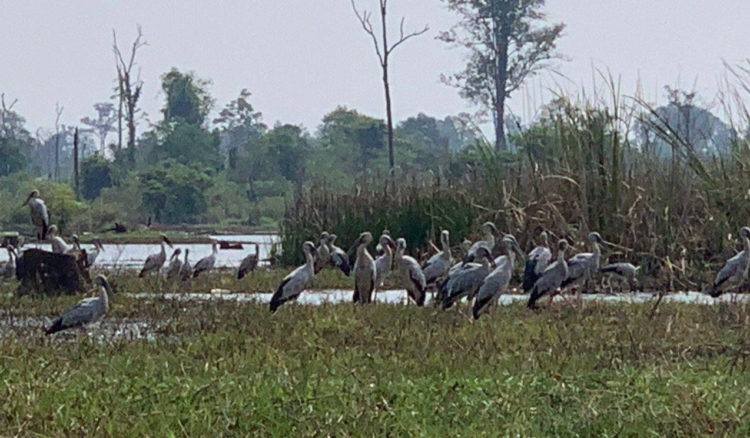 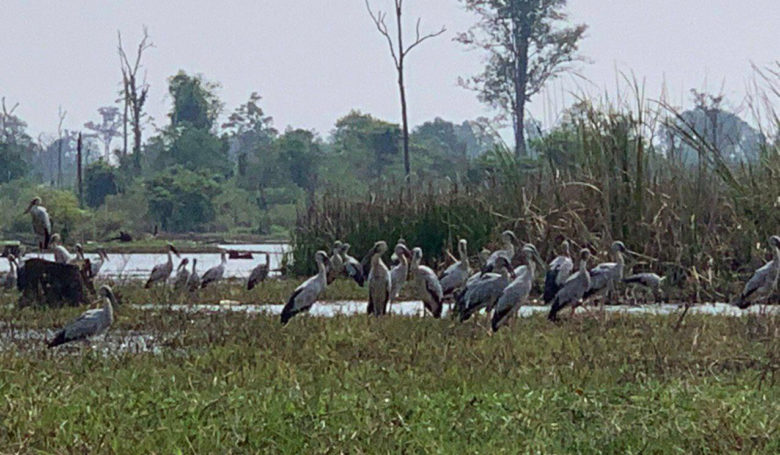 Preah Vihear: Rare, endangered species that the world has been conserving so far has been found. The presence of more than 200 people in Svay Rieng or Sra Kdol communities, natural villages, Sraem commune, Choam district, Preah Vihear province Recently.

Speaking to the media on April 2, Prak Pras Srey said that the presence of the rare species of dragonfly was needed. Over 200 animals were found at the confluence of the Svay Rieng or Sra Kkol Dam.

This is the first time they've appeared there on March 23rd so far Now, these animals are still living there. He said the presence of the rare dragonfly created a new attraction for the tourism industry in Preah Vihear province.

Currently, the commune authorities and relevant officials have been working to educate people in this area for joint protection Keeping the endangered birds alive and calling on the people to avoid hunting. Put the poison on or kill the burn This forest is home to long-lived species.

Meanwhile, Kong Vibol, director of the Preah Vihear provincial tourism department, said that in the presence of migratory birds, these days It is also planned that tourism experts will visit and explore the species to find out what measures are needed for rare animals. These can live in the United States permanently The dam area to preserve the animals for tourist attractions.

It should be noted that the Svay Teay Dam, or the Tonle Sap Pond Dam, is approximately 20 km from Preah Vihear Temple. However, this is another interesting new tourist destination to attract national and international tourists Ahead ៕