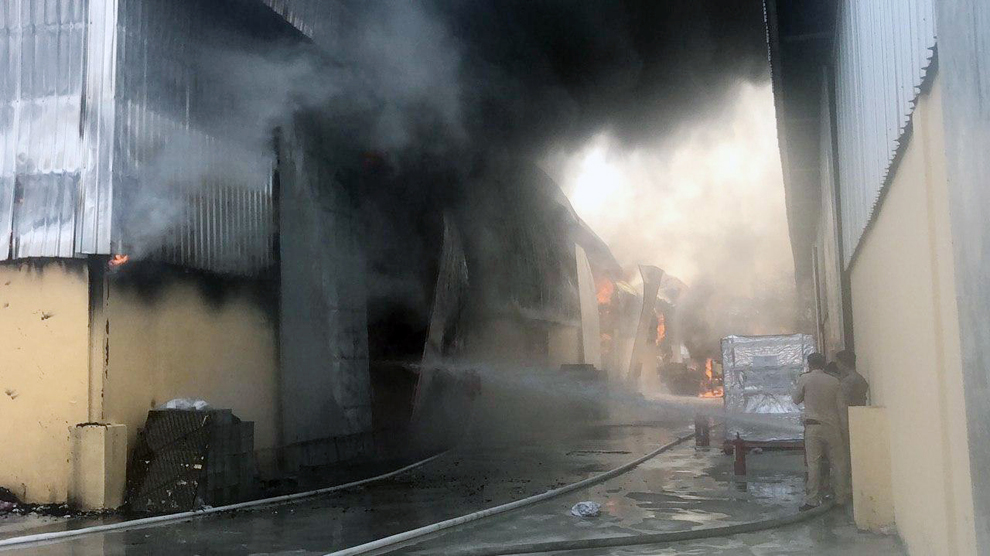 
Phnom Penh / Siem Reap Authorities have claimed that the warehouse of a Thai-Singapore silk mill in Anlong Kong Village, Sangkat Prey Sar, Khan Dangkor A fire broke out on February 26, while a fire in Siem Reap province burned down one house.

Neth Vantha, director of the National Police's Fire Prevention and Control Department, said Wednesday that the 25×25-meter-wide warehouse was in ruins. The fire broke out at 12pm on Wednesday, February 26th.

“The hundreds of pieces of cloth that were collected from the garment factory were stored in a warehouse for processing fibers,” he said. It was completely burned.

But he added that the incident was not dangerous and did not burn to the homes of the villagers nearby.

However, Vantha did not elaborate on the cause of the fire. But, he said, the fire brigade, Phnom Penh fire brigade and fire brigade from various units, including from the police headquarters Extracts completely. At the same time, the units continued to work together to remove the burning cloth from the top and spray water, as well Combustion from the bottom of the cloth.

In Siem Reap province, a police officer in Srei Snuol district on Wednesday told the Post at 10:30. On the morning of February 26, 2020 a house fire in a village of 7m x 9m in Romdeng village The Srong Soror pillar caused complete damage as well

“The fire was caused by incense candles, which the owner of the house offered to cook rice for Myanmar. "It is because of the lack of vigilance, burning and going to sit and chat in the neighbor's house."

Also, according to police reports, the fire nearly killed them in the first two months of 2020. Six people were killed and two others were injured and more than 120 houses were destroyed and tens of thousands of dollars worth of property were seized.