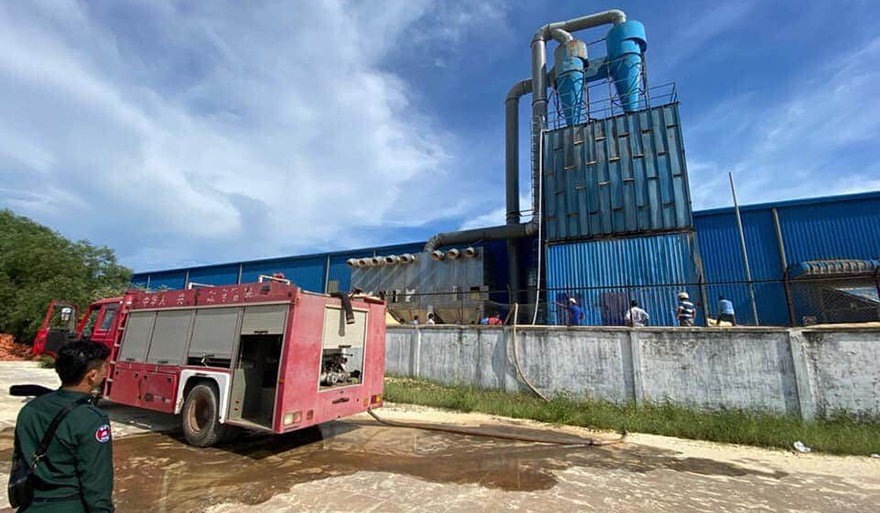 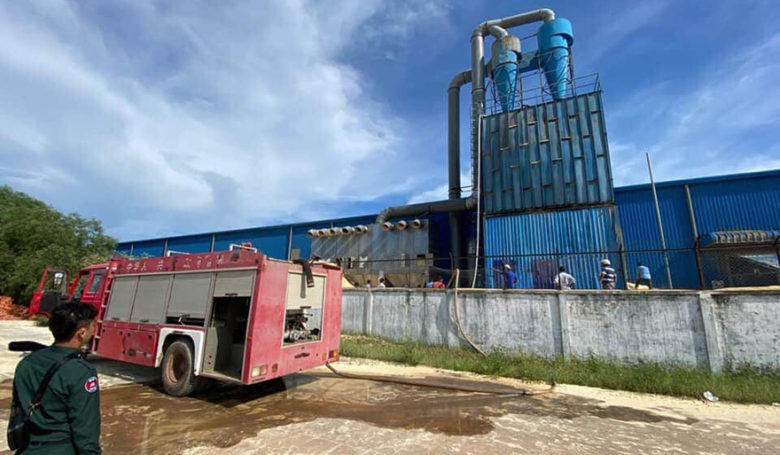 Mr. Van Somony, Deputy Governor of Bavet City, said that when he received information that there was a fire at the factory, Mr. Lim Seang Heng The Governor of Bavet City asked him to lead the municipal police force and Chrak Mtes commune police station as well as the military police base. Bavet City to intervene with two fire trucks, one from Bavet City Police Inspectorate and one from One military unit of Bavet city and 6 vehicles use water.

According to the same source, in case of fire in the above factory, our authorities can control the situation 100% in an hour and a half. There was no danger to people, only fire damage, but some wood made some photo frames. The cause of the fire is still unknown and authorities are investigating. (Edited by: Bopha)