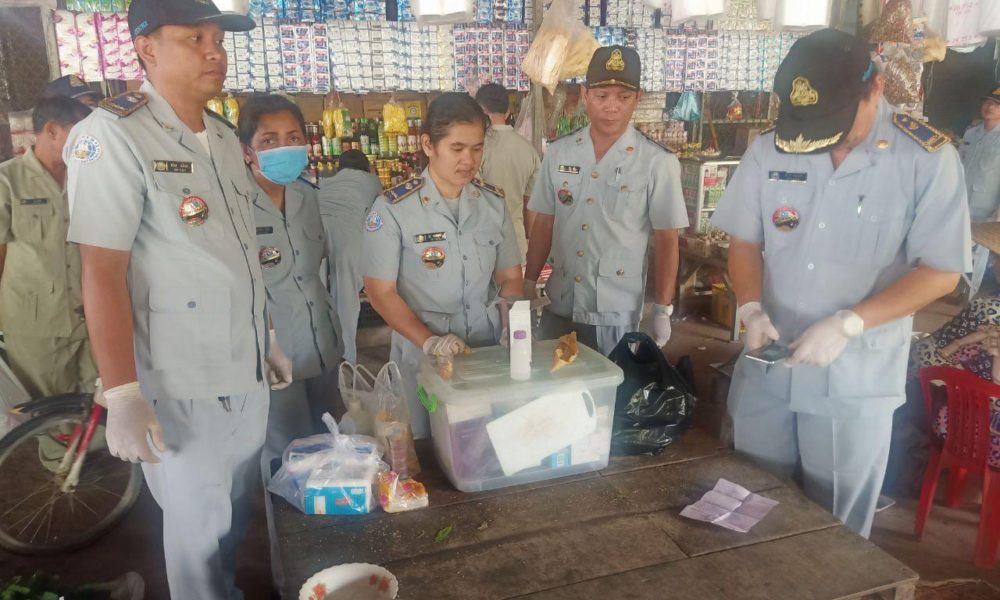 Svay Rieng: Officials at the Consumer Protection Branch Competition and the Counterfeit Fraud in Svay Rieng province on July 3, 2020 discovered chemicals weighing 5 kg of noodles and a number of quality goods in Svay Tep market.

The discovery, as Mr. Pung Nil, Head of Consumer Protection Division, Competition and Fraud Prevention in Svay Rieng, led a team in collaboration with the Svay Rieng Department of Commerce to inspect the goods at the market in Svay Rieng district Chemicals sold on vegetables, fish, meat, foods and goods are of poor quality and out of date of use.

Mr. Pheng Nil said that the inspection activity at the market was conducted by experts who checked the food at the stalls in the market and used the first Test Kits on 36 samples of food to detect harmful chemicals. To the health of the people.


He said, "As a result, after the operation, the officials found the defective and overdue goods: 20 cans, 20kg, 4 XL juices and 20 cans of chilli." "15 cans of beer, 10 cans of noodles, 5kg of noodles (a chemical borax), and specialists have been making records to remove them for later burning."

Pheng Nil said that officials from the Consumer Protection Branch, the Competition for Fraud Prevention, and the Provincial Department of Commerce would continue to inspect the goods in the light of a search for banned substances (chemicals) that hurt consumers. He also asked the merchants to cooperate with officials in the inspection of various commodities of various kinds in markets in the province.