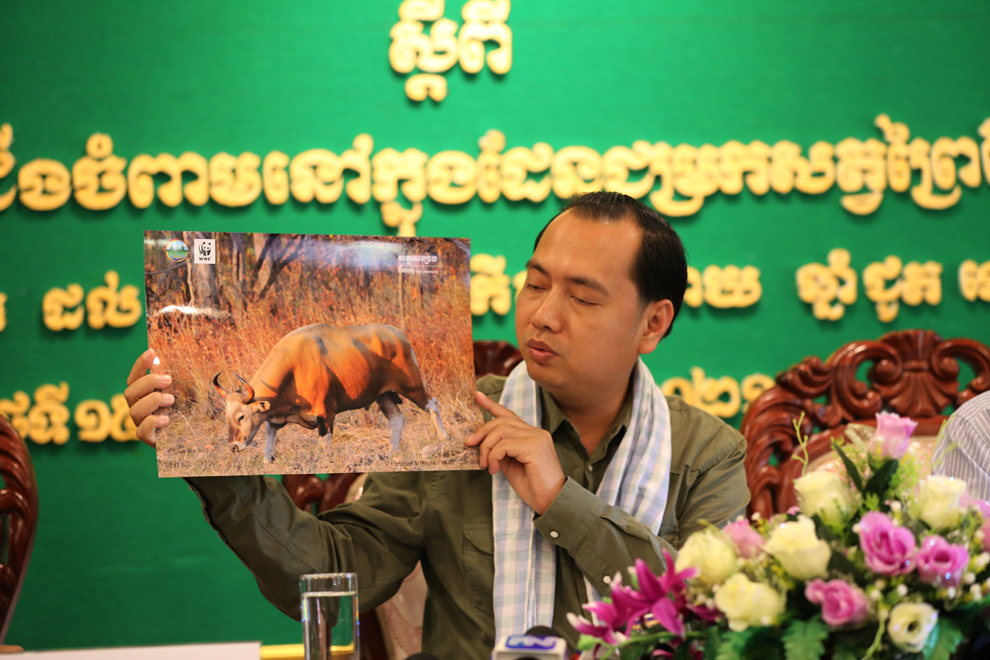 
Mondulkiri: Senior officials from the Ministry of Environment and the Global Fund for Nature (WWF) have expressed concern over the sharp decline in the number of wild toenails. At Sre Pok and Phnom Prech wildlife sanctuaries, while the number of raccoons decreased by 72%, oxen by 52% and wild boar 18 percent.

This statement was made during a visit organized by the Ministry of Environment and WWF to Sre Pok and Phnom Prech Wildlife Sanctuary in Mondulkiri Province. More than 30 national and international journalists from 24 institutions participated.

Net Pheaktra, spokesman for the Ministry of Environment, who led the visit, said on January 15 that the number of toenails in the sanctuary Sre Pok and Phnom Prech have declined in the last decade and indicated the need for new and effective measures. Immediate innovation to prevent this downturn.

He said that the results of monitoring the toenails between 2010-2020 in the two wildlife sanctuaries show that the number of raccoons. Decreased by 72%, oxen by 52% and wild boar by 18%.

The number of reindeer and deer is also small and lives separately in these two areas. "This decline is a reminder to all of us, but it also provides an opportunity for us to work harder," Pheaktra said. To curb the downtrend. "The situation could worsen without strong enforcement and protection of protected areas."

Traps are a major threat to toenails in the area, said Milou Groenenberg, WWF Director of Biodiversity Research and Monitoring. Both habitats are also the reason why the number of leopards, which eat these toenails as food. Has fallen alarmingly.

"Even though the report shows this alarming decline, there is still hope for wildlife rescue," she said. These from extinction. But without urgent and innovative conservation measures to curb these major threats, biodiversity will continue to decline slightly. One at a time until it can be completely lost.

"WWF and the Ministry of Environment are studying the feasibility of implementing the Rehabilitation of Toenails, which is an urgent need," she said. "To stop the declining trend of these animals and take action to address the root causes of the illegal wildlife trade."

WWF Director Seng Teak says it is not too late to change the situation, but it requires stakeholders to take joint conservation action. Immediately from now on. The organization is working closely with local communities and partners to take stronger conservation measures to reduce poaching. And strengthen law enforcement.

"The reports we have found so far show the need for urgent and new solutions to change," he said. The rate of decline. "We are also looking for ways to better manage the use and allocation of natural resources."

According to a joint report by the Ministry of Environment and WWF, there are currently an estimated 371 reptiles left in the core area of ​​the sanctuary. Sre Pok and about 485 animals live in the Phnom Prech Wildlife Sanctuary.

About 4,425 oxen remain in the Sre Pok Wildlife Sanctuary and in Phnom Prech, while 4,453 remain. Other toenails are also a concern.