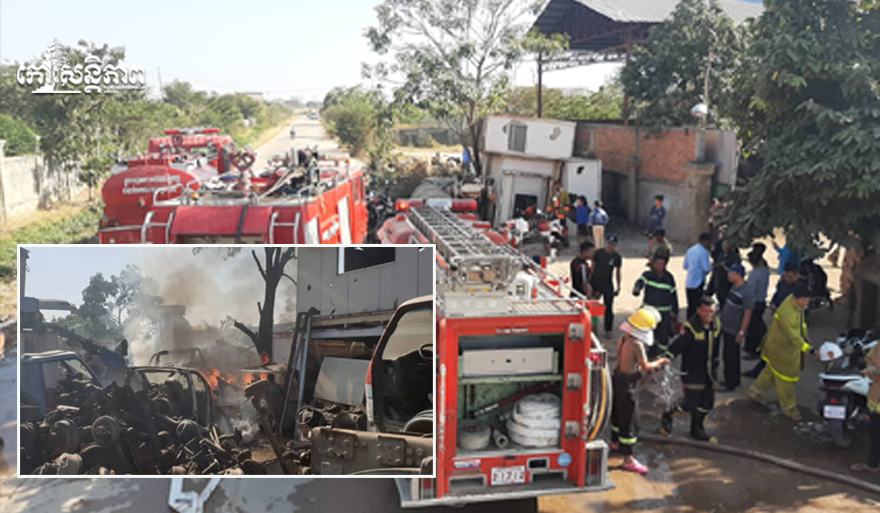 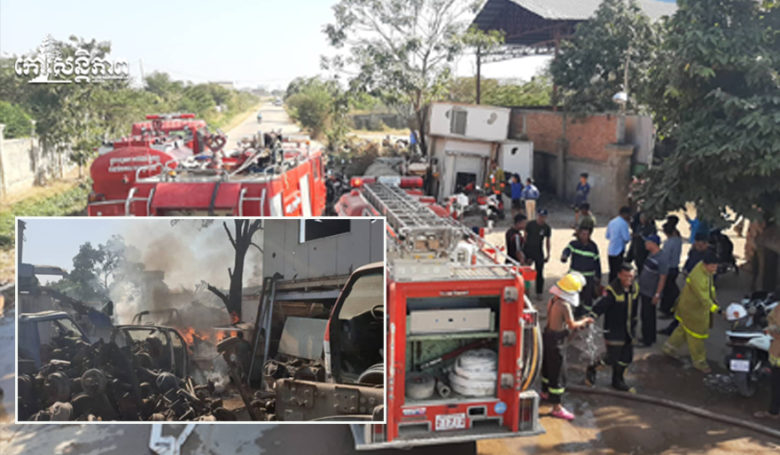 The incident happened at 3:43 pm on January 27, 2020 at the spare parts and parts of the locomotives. Plot of land on a concrete road, Svay Pak village, Svay Pai commune, Russey Keo district.

According to a team of mechanics at the scene, prior to the accident, the car's owner and the owner of the car had driven the engine to give it a try. Guests watched while the engine was igniting, sparking a fire that ignited two fire engines. More details will be published on the Koh Santepheap newspaper. (Editing by: Thida)