During the 20 days of this month, 13,548 illegal vehicles were fined 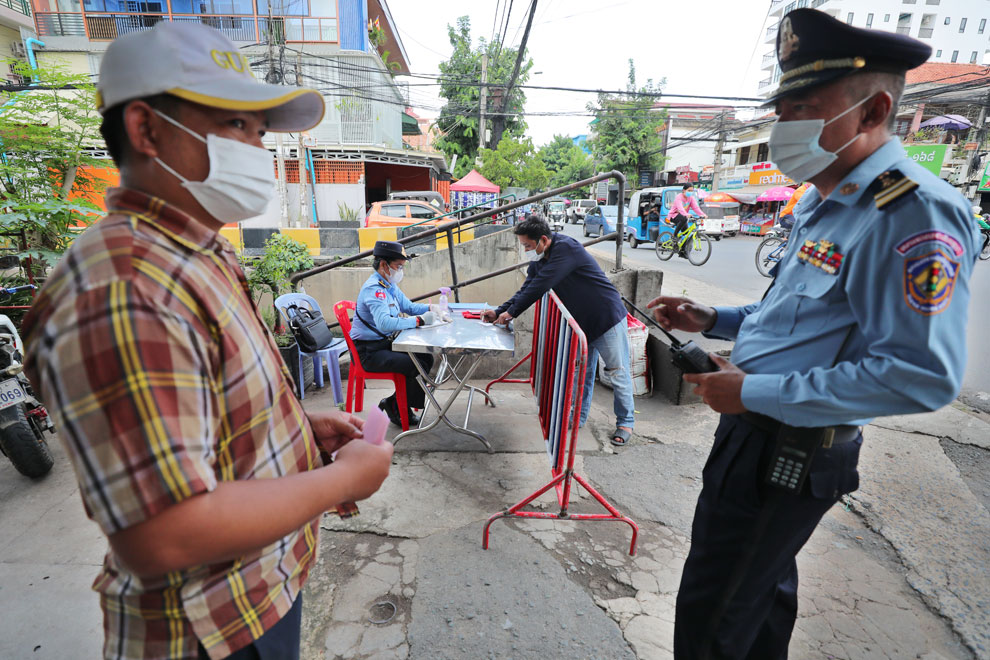 During the 20 days of this month, 13,548 illegal vehicles were fined


Phnom Penh: In the 20 days from July 1 to 20, the enforcement of the law on land traffic, the authorities have found a way A total of 13,548 offenses, including 10,436 motorcycles, were fined in accordance with Sub-Decree No. 39 on the whole country. According to the traffic police report.

A report released on July 20, 2021, obtained by the Phnom Penh Post yesterday, states that on July 20, restrictions on road traffic laws were found. A total of 549 offenses, including 432 motorcycles, were fined in accordance with Sub-Decree No. 39. You can read all over the country.

The report reads: "During the 20 days of July, the implementation of the new sub-decree on fines for offending vehicles has progressed. "Well, with special support, all road users have joined to obey the traffic rules very well."

Chan Sothy, director of the Battambang Provincial Police Traffic Office, said yesterday that road traffic was now declining. First, because all people are worried about the spread of Kovid 19. However, vehicle fines still have a lot of results because most of the vehicle fines are on groups of vehicles that do different business and the authorities Found no valid rules.

"The fines are still high because the trade is still the same and most of the fines are on cars," he said. Carrying luggage, tourist cars, taxis, etc. How can all those cars stop [business]? As for motorcycles, some people still do not obey the law. ”

Kong Rattanak, president of the Road Safety Institute, told the Post yesterday that for fines for vehicles violating traffic laws, the authorities will fine accordingly. Technical conditions. Mr. Ratanak stated that this is a restriction of the law and in enforcing this law also contributes to the improvement of aesthetics and The safety of all citizens as well.

"After tightening the law, we see that in general, the change is very small because some people take different reasons," he said. It is used to avoid disobeying the law, and there are also contributions from some corrupt officials who often commit crimes outside. In exchange for that little religious reward. ”

Mr. Kong Rattanak said that law enforcement also has some problems, the problem is that if it is too strict, people will protest. But if not implemented at the top level as well as the relevant departments, there is a mention of his inactivity.

"For me, it is only with the participation of all that we have to solve this problem and we can not," he said. Selfish too. "Obviously, recently we have seen protests about land trucks and so on."