Drug Authority: Cambodia and the world are concerned about drug problems 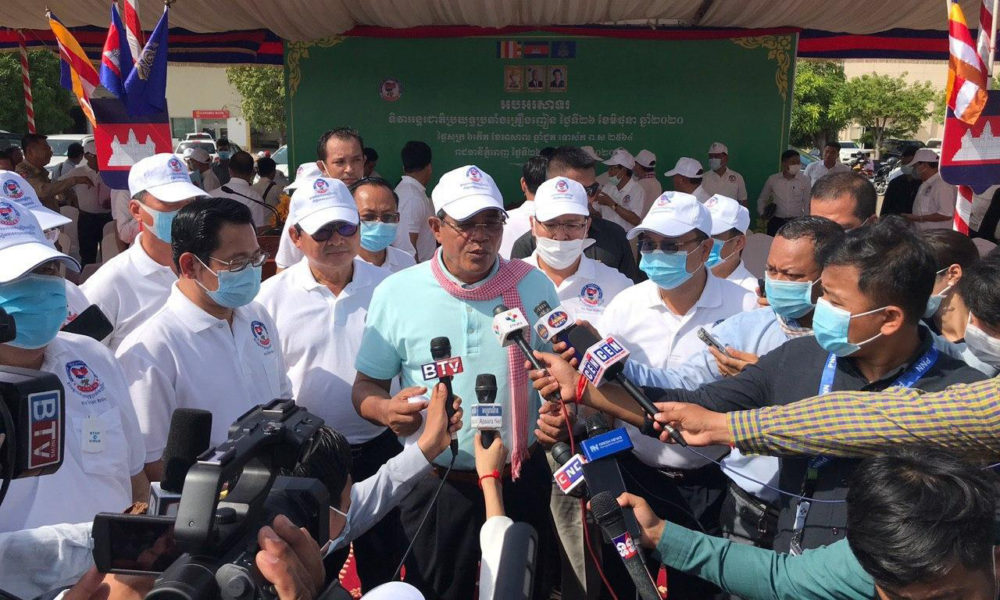 Drug Authority: Cambodia and the world are concerned about drug problems

Cambodia, as well as the world, is concerned about the drug problem, while the world is not slowing down in drug trafficking, said Deputy Prime Minister Gen Kim Kim Yan, chief of the National Authority for Combating Drugs.

During the burning of nearly 500 kilograms of drugs on the occasion of the International Day Against Drug Abuse on June 26, 2020, Kim Kyan said that despite the spread of Kov-19, authorities Still, measures are being taken to curb drugs on the border.

"If we look at Cambodia, we are worried, I'm worried about you, but we look at the general situation, the world is not drug free and our concern is right, the government has never underestimated the drug," he said. No, he said.

He noted that Cambodia was not a manufacturing site, but a transit country, while authorities were taking strict measures along the border. He said Cambodia has a number of measures to curb drug crime.

Taking advantage of this opportunity, General Ke Kim Yan made a point of introducing a number of points of instruction from Samdech Techo Hun Sen, Prime Minister of Cambodia:

First, pay attention to personal hygiene, family, community and workplace in accordance with the guidelines of the Ministry of Health and the World Health Organization and not neglect drug problems.

Second, civil servants of all law enforcement forces shall take care of, take care of and take care of themselves, take part in the fight against cow-19 disease by preventing self-infection and preventing the spread of disease to the workplace and especially the place. Treatment and rehabilitation of drug addicts and prisons;

Third, the Provincial Drug Control Committees should continue to take effective measures on strengthening anti-drug measures and the policy of 'safe village'.

Fourth, all relevant ministries, institutions, organizations and sub-national authorities shall support and encourage all local social actors to participate in the community's successful drug treatment and rehabilitation movement.

Fifth, the private sector, investors, or businessmen whose occupations are in the most vulnerable places, are not involved in drug offenses.
Sixth, as will soon be seen, many of the drugs will be burned down, sending a message to drug criminals as to the commitment of the Royal Government of Cambodia to crack down on drugs.

And 7: Calls on regional and global countries, development partners, national and international organizations to join the Royal Government of Cambodia to combat drug issues.

Recall that in the first five months of 2020, Cambodian authorities cracked down on 4,510 drug arrests, 8,927 suspects seized more than 209 kilograms.