Dr. Sok Touch: Cambodia and the United States have the same smile, love the same peace. 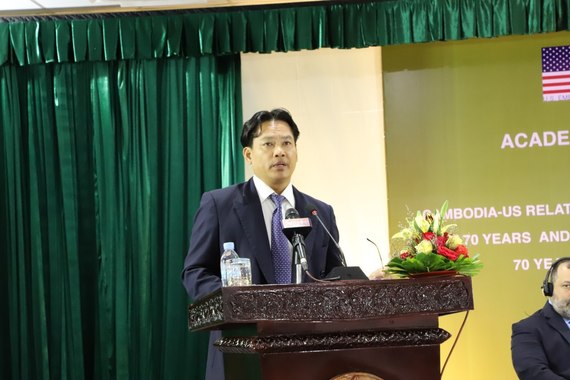 Dr. Sok Touch: Cambodia and the United States have the same smile, love the same peace.


Phnom Penh: On Saturday, July 11, 2020, the Royal Academy of CambodiaIn collaboration with the US Embassy in Cambodia, organized a scientific forum on “Cambodia-US Relations: A Review of the Past 70 Years Past expectations for the next 70 years and beyond to contribute to the promotion of mutual understanding through the correct understanding of each other, strengthen And expand the long-standing friendship and cooperation between Cambodia and the United States, bring closer friendship and good cooperation between the people. These two people and countries, according to the broadcast of the Royal Academy of Cambodia.

With this, HE Dr. Senator warmly welcomed and expressed his deep gratitude to HE Patrick Muffy (W. Patrick). Murphy) Ambassador Extraordinary and Plenipotentiary of the United States of America to the Kingdom of Cambodia and His Excellency Lok Chumteav, Ambassadors of Friendly Countries Ladies and Gentlemen, Distinguished National and International Guests, especially national and international speakers who have taken their busy time, are invited to participate in this important scientific forum. This.

On this occasion, HE Dr. Sok Touch considered this year's Science Forum as more special than any other year in which the Royal Academy of Cambodia has cooperated. With the US Embassy in the Kingdom of Cambodia, organize this scientific forum to celebrate the 70th anniversary of Cambodia-US relations. In addition to celebrating the anniversary of the relationship between our two countries, this scientific forum is organized for the purpose of: (1) Gathering views and experiences Strategies and recommendations to promote relations and cooperation between Cambodia and the United States in a peaceful, harmonious and prosperous manner, (2). Exchange the views of scientists to find a common path to open the US-Cambodia relationship, (3) Promote meaningful interaction Building among the researchers present in this forum, (4) Building an effective bridge that we have traveled both hot and cold. For more than 70 years now, (5) together in the future to prepare to prevent and prevent Kovid – 19 and (6) do not interfere in each other's internal affairs.

He said that this year, the relationship between our two countries, Cambodia and the United States, has reached a new turning point in history. This turning point is reflected in the message of His Excellency President Donald Trump to Samdech Techo Prime Minister Hun Sen Seeing that the leaders of the two countries are willing to improve cooperation to reach a common ground. Meanwhile, the diplomatic mission of Ambassador W. Patrick Murphy has made a significant contribution to strengthening relations between Cambodia. Chea and the United States have a positive evolution based on existing bases to step up cooperation on various points. More.

"Even though we have far-flung borders, different languages ​​and different colors, it is true," he said. That is the same, we have the same smile, the same love of peace, the same absorption of oxygen, the same drinking of water, the same unlimited love and The same goal is to build good relationships with each other. All of this makes the relationship between our two countries inseparable, especially His Majesty King Norodom Sihanouk, who established a very close relationship. Good with the United States and so on, Samdech Akka Moha Sena Padei Techo Hun Sen, Prime Minister of the Kingdom of Cambodia is a great character. "It is important to build a stronger and deeper Cambodia-US relationship."

At the same time, HE Dr. reminded that if we look at the history between 1955 to 1963, the United States provided support. $ 409.6 million in economy and another $ 38.7 million in military aid. Such large amounts of aid were used to repair infrastructure damage caused by the First Indochina War and to strengthen internal security forces. Build large structures such as roads and bridges. In fact, National Road No. 4 from Phnom Penh to Sihanoukville Port, a distance of 214 km to open the port of Cambodia to the deep water port was inaugurated On July 22, 1954.

His Excellency Dr. Senator believes that all participants will remember the 1967 visit of Mrs. John Kennedy. A visit to Cambodia that shows a proud relationship. And another road that the United States helped to build in Kampong Som, I think very few people still remember and know That road, according to a study by the Royal Academy of Cambodia, is Road 400 from the roundabout to Lion 39.

Historically, at the political level, His Excellency Dr. saw that the relationship between the two countries has reached a point of pride and joy, but to For this relationship to be better in line with the current context, it requires us, the scientists, to sit at the same table to discuss. Taking into account the challenges of the past and present, finding and finding appropriate solutions to provide input to the Government of The two countries will be a bridge between our two peoples, Cambodia and the United States.

In this regard, HE Dr. believes that such forums should be organized more frequently and with greater participation in order to Contribute to the promotion of mutual understanding through the correct understanding of each other, strengthen and expand the long-term friendship and cooperation between Cambodia and the United States bring closer friendships and good cooperation between the people of the two countries.

Finally, HE Dr. believes that the forum we are organizing today is an important starting point not only to contribute to the government Of our two countries aims to improve the relationship between our two countries and our people, but also act as a tool Public diplomacy is important in bringing peace, friendship, development and cooperation between our two countries and peoples even better. . Furthermore, I hope and believe that the US Embassy in the Kingdom of Cambodia will continue its cooperation with the Royal Academy of Cambodia in organizing the event. Other as well as research and compilation of other works for researchers.
By: Wisdom 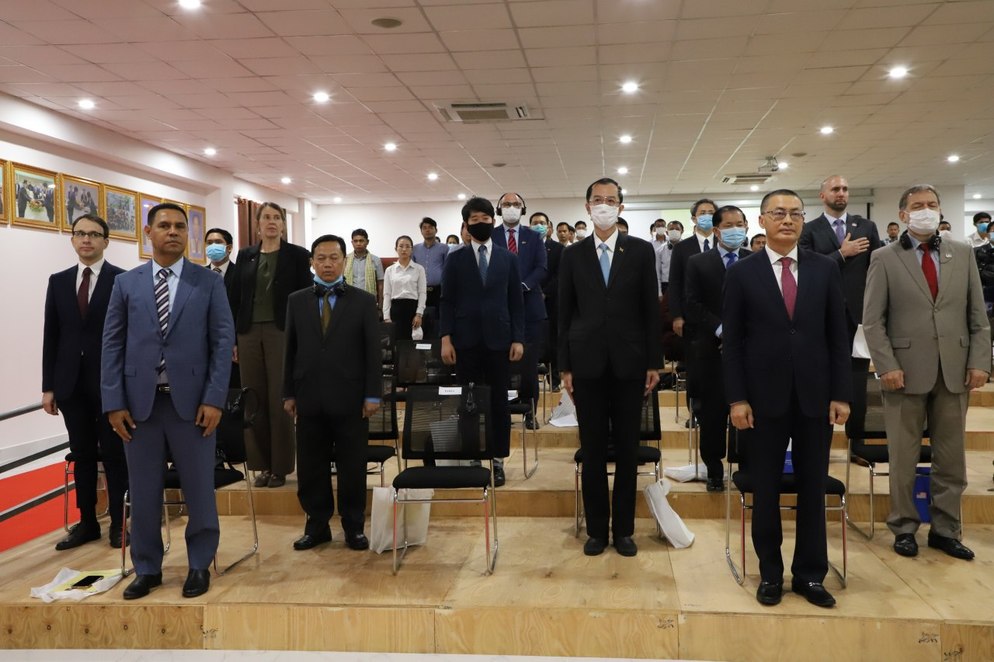 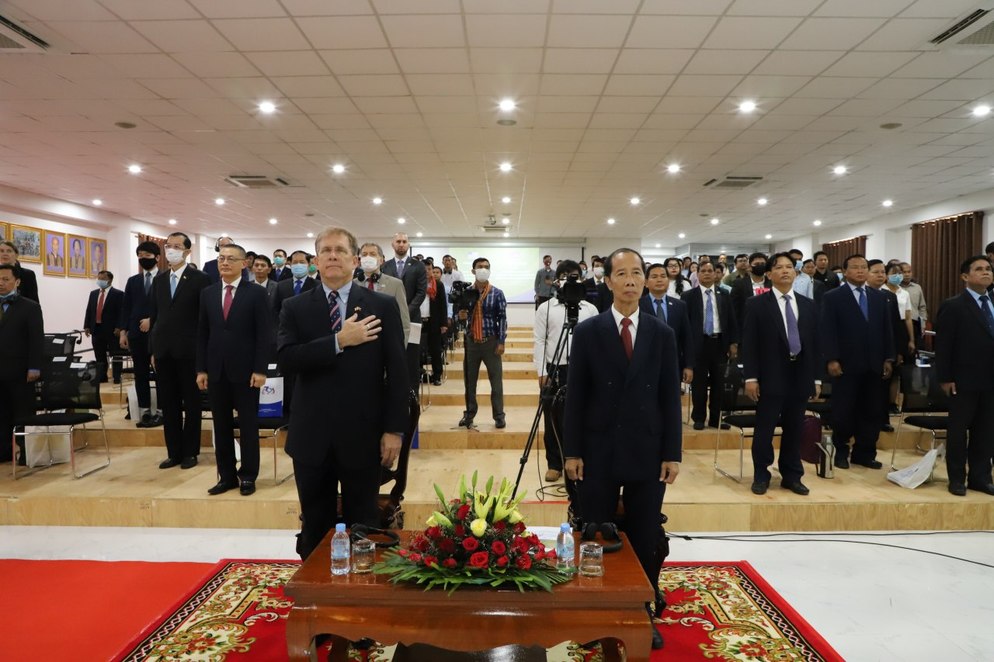 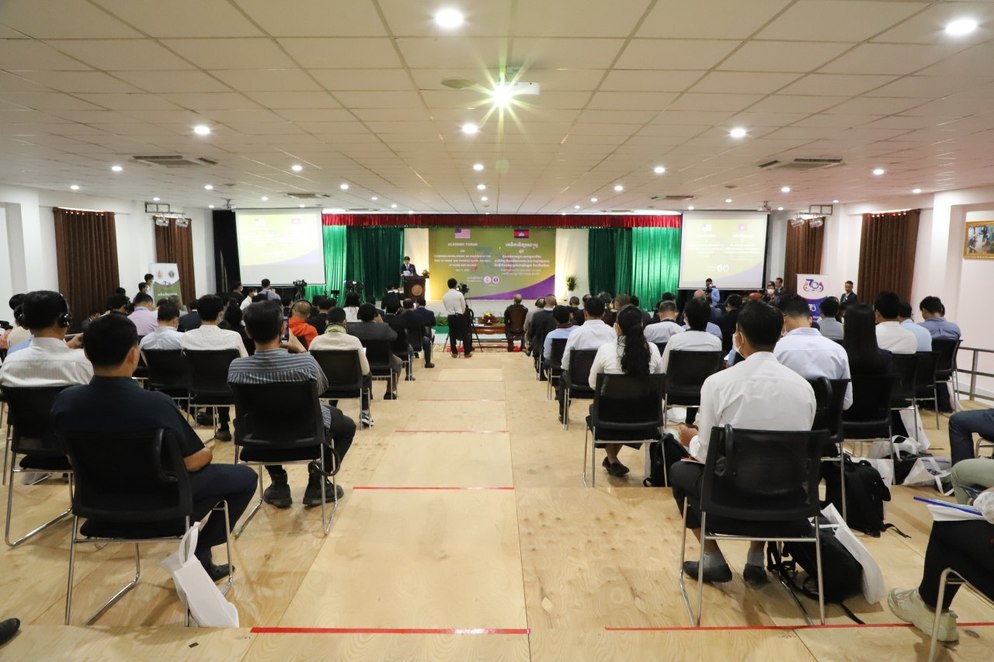 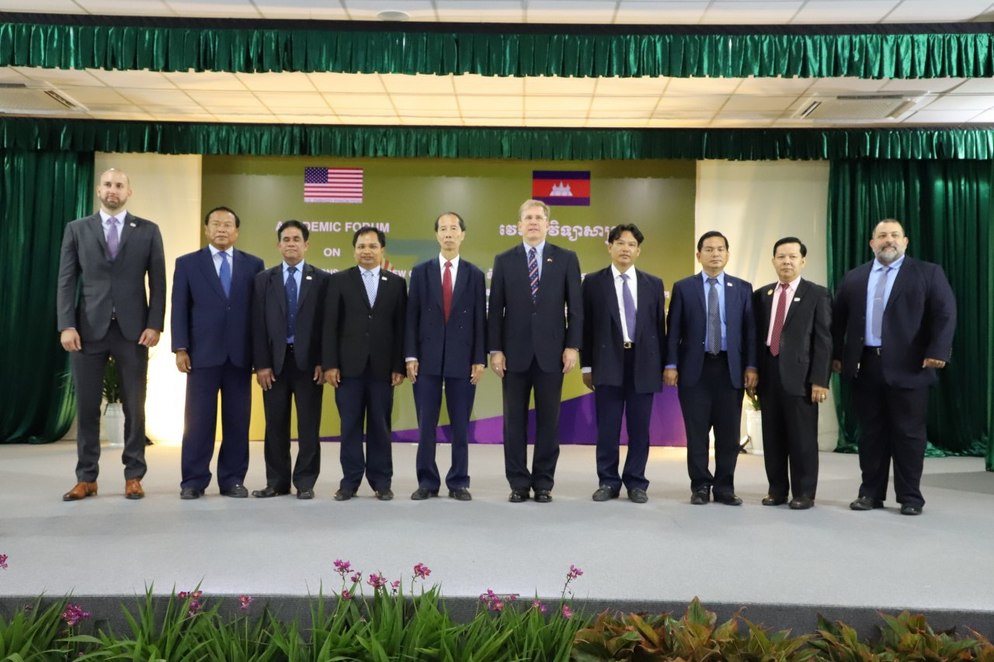