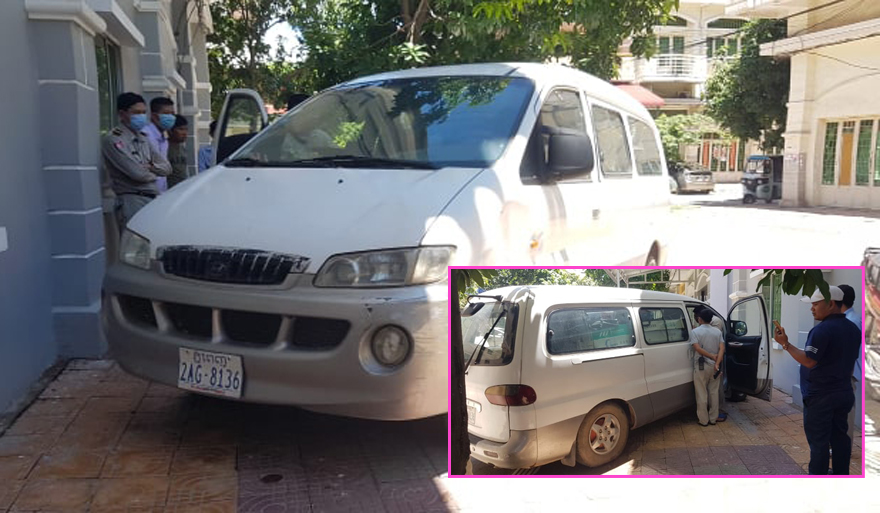 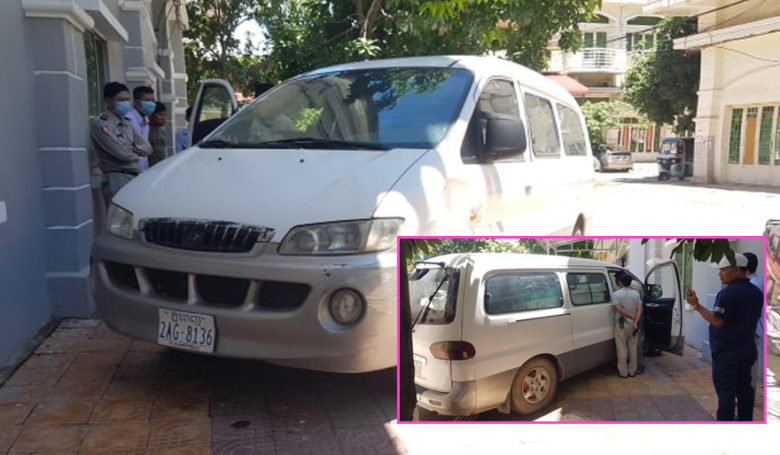 PHNOM PENH (The Cambodia Herald) – A minibus is being pulled over by an unknown driver in front of a house In New Town, Prey Duck Village, Sangkat Chaom 3, Khan Por Senchey, Phnom Penh, for about three hours. Months went by and no owner came back. Due to the suspicion of any wrongdoing, it was only at 12 noon on June 18, 2020 that the villagers Reported to Post Police Chief Choam Chao 3 and Por Senchey District Criminal Force Down for Search The owner and the reason for the dump.

According to villagers, one of the above cars was white, wearing a Phnom Penh license plate 2AG-8631 and they It was not known who owned the car, but more than three months ago, an unknown man appeared The sign drove the car to a stop in the front yard. At that time, they did not know what was happening and later found the vehicle on the scene The owner did not see the driver and did not know what the problem was So far, about three months ago.


According to the source, they were reported to the third Chao Chao police Come down for a look around the scene and bring the car to a search for the owner The unidentified men drove the car upstairs, but they were not interested and identified as a nationality China or Khmer, without even thinking that the man left the car even worse Three months later, they did not return the suspect and reported it to the police .

According to police, after being informed of the discovery of the hijacked car, Post Police co-operated Police in Por Senchey District visited the scene in the vehicle and surrounding area. The car was carrying a lot of luggage, including a desk, but was not recovered Police have not speculated on what happened to the owner of the truck and then the criminal. Por Sen Chey district brought the car to the store for further research. (Editing by Thida)