Donald Trump: The threat of the Corona virus is still under control across the United States 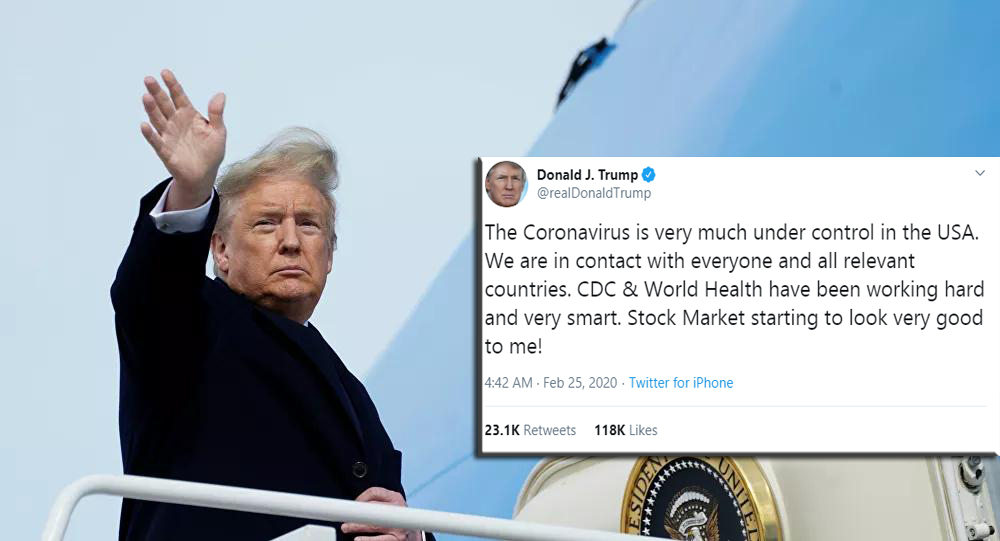 Donald Trump: The threat of the Corona virus is still under control across the United States

WASHINGTON – US President Donald Trump announced in a message that the coronavirus, or Covid-19, is clearly under control in the United States.

According to Sputnik, February 24, 2020, Mr. Trump also praised the US Centers for Disease Control and Prevention (CDC) and the World Health Organization (WHO) for their tremendous efforts. And their smarts in preventing the outbreak of the virus, which originated in Wuhan, China, from becoming a global threat.

"The CDC and the World Health Organization have been working very, very smartly. The stock market is starting to look good for me! ”

However, US stock markets plummeted on Monday, dropping more than 1,000 points because of a viral infection recorded by health officials, raising concerns that the spread of the virus would lead to the virus spreading. There is a global recession. Update: October