Development of more than 3,000 meters of dams provides huge benefits to the people 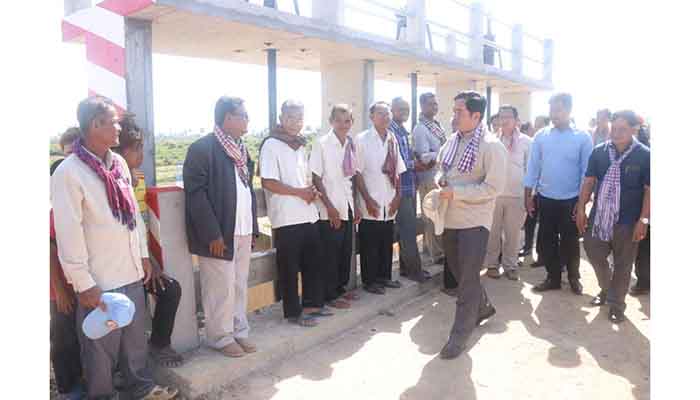 Development of more than 3,000 meters of dams provides huge benefits to the people

According to Samrong commune chief Saing Chhorn, the dam is more than 3,000 meters long and can be said to be a historical site because the area was occupied during the Khmer Rouge era. Many people were also killed in the dam work.

However, the dam was later damaged, and it was not until Mr. Un Chanda became governor of Kampong Cham that the dam area turned into an area that provided significant benefits to the people of Prey Chhor and Cheung Prey districts in accessing water. For irrigating their crops.

Mr. Saing Chhorn, Chief of Samrong Commune, on behalf of the people, took this opportunity to express his deep gratitude to all the leaders, especially Samdech Akka Moha Sena Padei Techo Hun Sen, Prime Minister of Cambodia, who has always taken care of Take into account the well-being of the people.

On the other hand, the commune chief would like to express his pleasure and gratitude to the working group of the Ministry of Water Resources as well as the Kampong Cham provincial authorities for their efforts to complete the construction of this dam quickly, make it beautiful and full of benefits. For all of us farmers.

The villagers also said that now that the dam has been completed and the roads in the area are clean and easy to travel, they expect more tourists in the future. Near and far to visit here a lot.