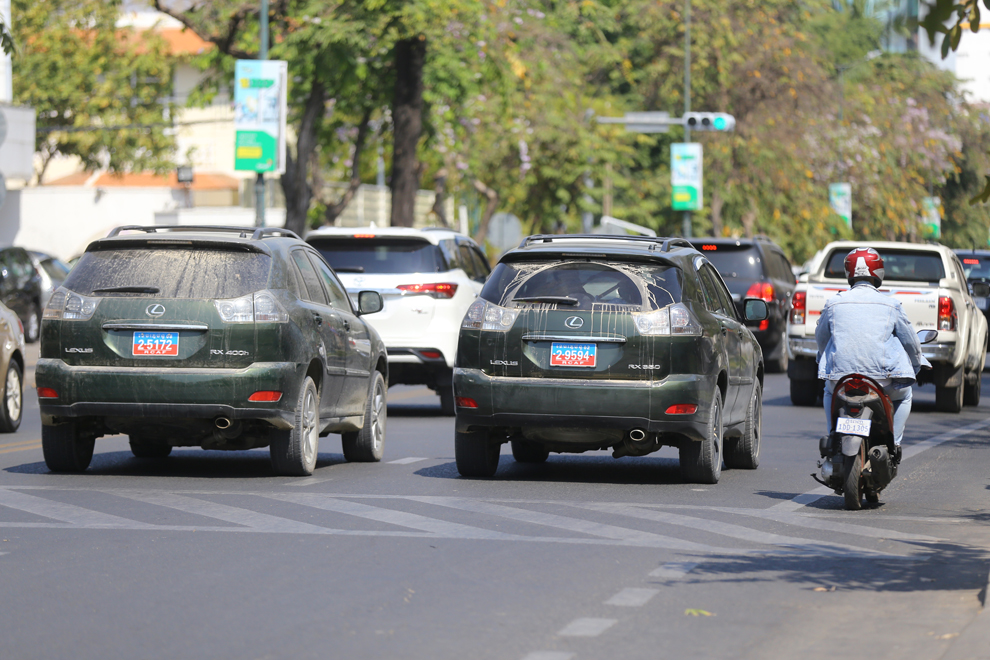 Defense Ministry spokesman Chhum Socheat told the Post yesterday that cars were generally privately owned, even under license plates. State license plates or any number plate can not avoid paying taxes to the state, otherwise Face penalties according to the law.

Mr. Socheat stated: "The tax is the responsibility of the state only for cars that are listed in the state inventory used in Within the framework of ministries and state institutions only. For private cars, no matter what the license plate is to be obliged to pay taxes to the state by the owner directly.

At the same time, Mr. Socheat urged the owners of private cars that take refuge under the license plate of the State and the license plate should change. Switch to normal number plates or special number plates issued by the Ministry of Public Works and Transport to avoid causing any incidents. Which may affect the honor and dignity of ministries and state institutions.

According to the letter dated January 25, 2021, stamped and signed by Mr. Kong Vibol, Government Delegate and Director General of the General Department of Taxation, the vehicle A total of 6,374 units with the number plate K.M. registered in the state inventory managed by the Ministry of National Defense.

At the same time, he urged Mr. Chao Phirun, Director General of the General Department of Technical Equipment of the Ministry of National Defense, to hurry up and apply for tax returns for 2020 on Transport and all types of vehicles registered in the inventory of the Ministry of National Defense, accompanied by vehicle identification card and certificate Inspect the technical condition of the vehicles to be closed on the means of transportation and the vehicles to avoid any inactivity.

Mr. Vibol stated in the letter: "In accordance with the high agreement of the Prime Minister on December 25, 2020 … Tax is State burden on vehicles belonging to the Royal Cambodian Armed Forces, the Royal Gendarmerie, which serves for national defense as a means of transporting equipment "Troops or transport troops as well as for security and social order in accordance with Prakas No. 531 MEF.Prak dated May 30, 2018.

According to the letter, all privately owned cars under the license plate K.M. will be taxed from 2020 onwards with exemption. Taxes by 2019 and penalties will be waived until 2020. However, the owners of those cars have to go to the General Department of Taxation and register with the Ministry of Public Works and Transport. “Car owners have to pay taxes on means of transportation and all kinds of vehicles in their own cash,” Vibol said.

Chao Phirun, director general of the Ministry of National Defense's technical equipment department, could not be reached for comment yesterday. Tell that is busy meeting.