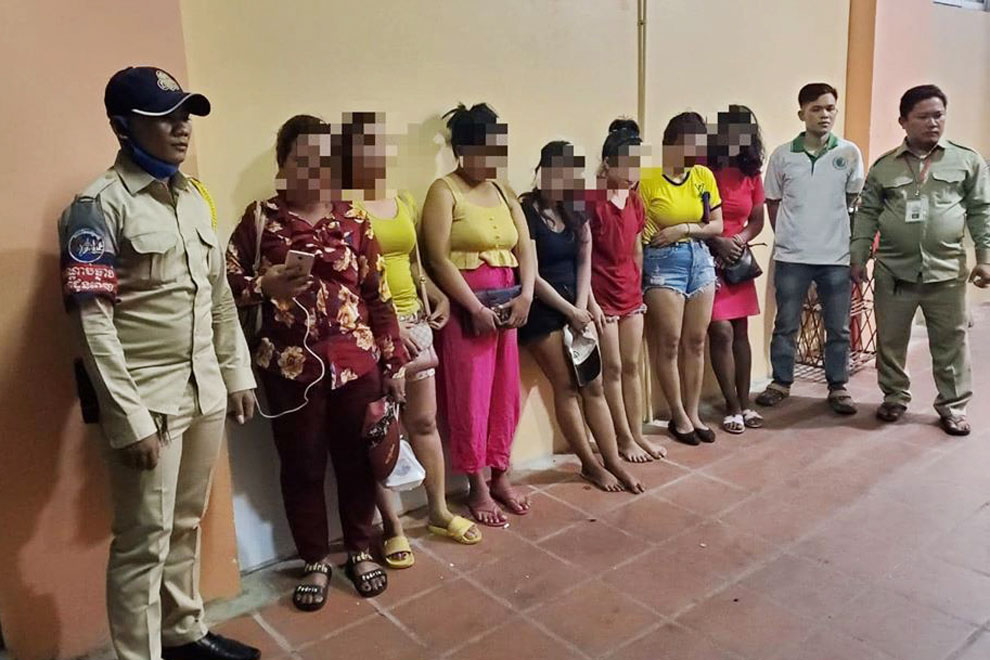 According to the deputy governor of Daun Penh district, Yous Yuthy, who led the district's security forces to conduct a sex trafficking operation around Wat Phnom Told the Post on Tuesday. He said that the crackdown on sex workers in Daun Penh district authorities in collaboration with the Department of Social Affairs has been continuously monitored and monitored. Approximately seven women prostitutes were taken and immediately sent to the Social Work Department on Monday.

“The crackdown on them (prostitutes) seems to have affected the order of the historical cultural site,” he said. The mountain is too heavy to be a place of pilgrimage and an international tourist site. But they go and stand under the tree, and the guests call, and they look and feel their order. "

Out of the seven, Yuthy said, some district authorities used to collect and contract to stop the activity. Once and twice, they will be sent to the social work department. But after the technical department gave him a go home, they were unemployed for a while Do the same thing.

“The department should cooperate with relevant organizations to find suitable employment for them so that they do not come out for business. More sex like this. If they do not find a job, they are like floating today, then they are back. . The Department of Social Affairs should help them find work because there is so much work they can do. We want to get them back on the right path. ”

According to Yuthy, the activities of sex workers at Wat Phnom resort, Daun Penh district authorities have been regular. In the past, the authorities collected 10 to 15 people per day, but now there are few. He said that the practice of the prostitute was a competent leader who was also looking for a broker.

Phnom Penh Municipal Department of Social Affairs, Veterans and Youth Rehabilitation, Ms. Mom Chan Dany, said yesterday that Daun Penh district authorities had sent sex workers. The Ministry of Social Welfare has contacted the families and called their guardians for counseling and sent them back to the family.

"Those who have a real family, we hand him over to the family to help them with those who don't Real families, we hand them over to partner organizations so they can provide them with the skills they need for life skills The next day.

As for Daun Penh authorities, who want the Department of Social Welfare to find suitable employment for these women, Channy clarified that mainstreaming knowledge The cost of labor, labor and professional skills for sex workers is difficult and time-consuming to mainstream. To them.

“Sometimes we explain to them once they still don't understand, we have to continue counseling them until they are He accepts providing them vocational training and new life skills for themselves. ”

Channy says that the professionalism that partner organizations offer to sex workers in a variety of ways depends on their preferences. Their knowledge and skills. But in general, partner organizations do not want them to take on difficult skills, with easy-to-use skills training programs available to them. They also specialize in hairdressing, nails and culinary arts.