Crowds continue to raid inside CNN's Media Center in Atlanta 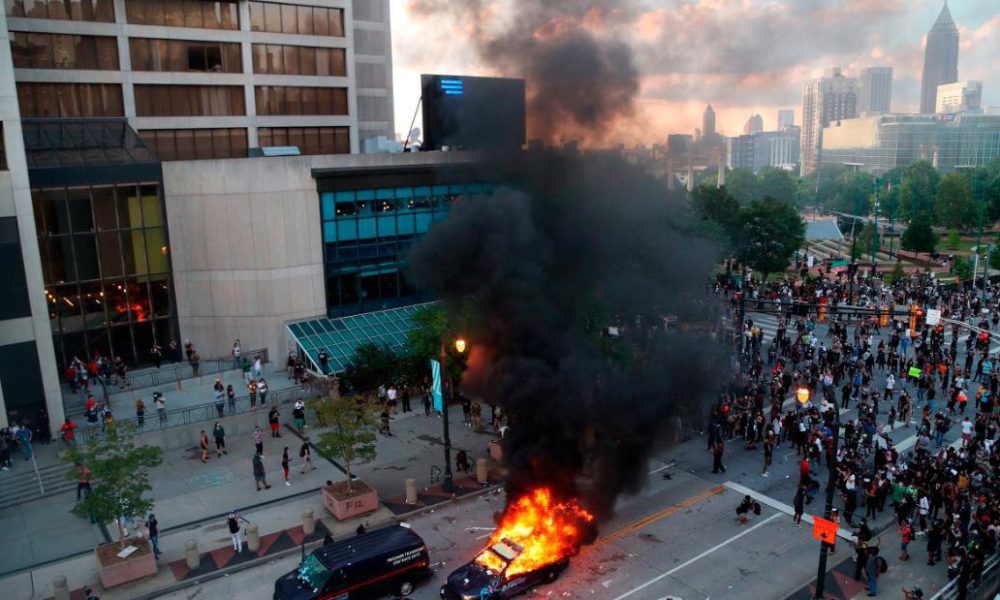 Crowds continue to raid inside CNN's Media Center in Atlanta

Demonstrators Friday night in the United States continued to storm the front of a CNN center in Atlanta and also used violence with police.

Notably, the first rally at noon between police and protesters was in response to the death of George Floyde by Minneapolis police on May 25. Come on.

By 6 pm, protesters began to rush inside CNN's center, but were blocked by police and pursued for hours until violence was stopped by police. A call was made and, as a result, the exterior of the building was completely destroyed.