Phnom Penh: Criminal Police Department of the General Commission of the National Police, Ministry of Interior On July 30, disseminated information to the public, journalists, especially social media users related to the case of the ringing. A diamond ring was picked up by a neighbor and demanded $ 600 in exchange for returning the ring to its original owner.

On the night of July 9, 2020, Yim Wutty lost a diamond ring worth $ 2,654, according to the Criminal Police Department. When parking near the house. On the morning of July 10, 2020, Yim Vuthy found the drug he was wearing and could not find it. He parked his car that night but could not find it.

Yim Vuthy went to see Cheung Siem Chheng to ask about the ring, but he was told that he had indeed picked the ring. But he handed it over to his son, Seng Kosen, who disappeared, and later he met with Seng Kosen's wife, Ly Srey Oun, asking for her phone number. Contacted to ask for the ring back, but she refused to give her husband her phone number.

Yim Vuthy tried to insist on her husband's number several times and then she called her husband to call him back. Back then, Seng Kosen said that he sold the ring to his friend for $ 600. The ring is required to pay $ 600 through ABA Bank to return the money to a friend. Yim Vuthy asked him where his friend was, he did not say anything, he intended to misrepresent.

On July 15, 2020, Yim Vuthy decided to file a complaint with the Criminal Police Department for research and procedures.

After receiving the complaint, the Criminal Police Department prepared a case file for legal proceedings and requested a preliminary investigation from a representative of the Prosecutor's Office. First, Phnom Penh.

The Criminal Police Department hopes that the public, journalists and social media users will be informed and please do not jump to conclusions. There is no clear basis for evidence and investigation.

Two-star Yim Vuthy on behalf of the plaintiff sued an elderly woman named Siam Chheng for "stealing a diamond ring and kidnapping Money. According to the summons of the Criminal Police Department of the Ministry of Interior, the above woman was invited to appear on 28 July. 2020.

An elderly woman named Phong Siem Chheng, a resident of Trung Moan village, Sangkat O Bek Kham, Khan Sen Sok, did not steal as in the summons. This is according to the Facebook account of Seng Sovan Mongkul, who is a child, posted on the evening of July 28, 2020: Where is the justice! My mother picked up the ring in the middle of the road, not knowing who the ring was, but the two stars accused my mother of stealing the ring Instead. The picture is there and why my family stole the ring, Cambodia is not fair to my family, how my family got justice. . By: Kolap 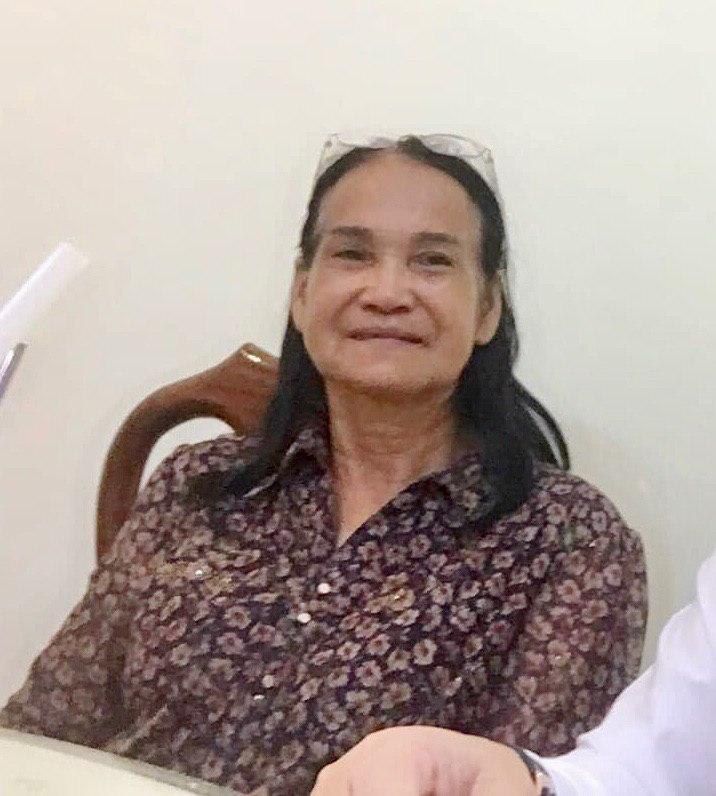 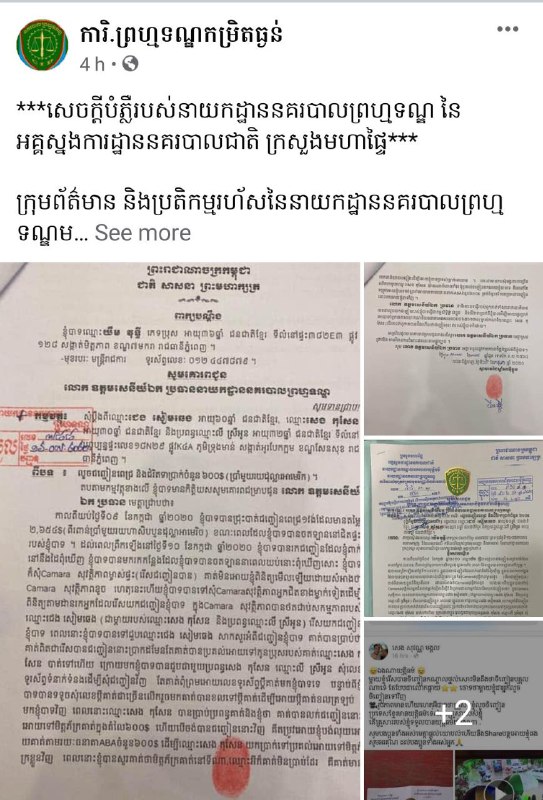 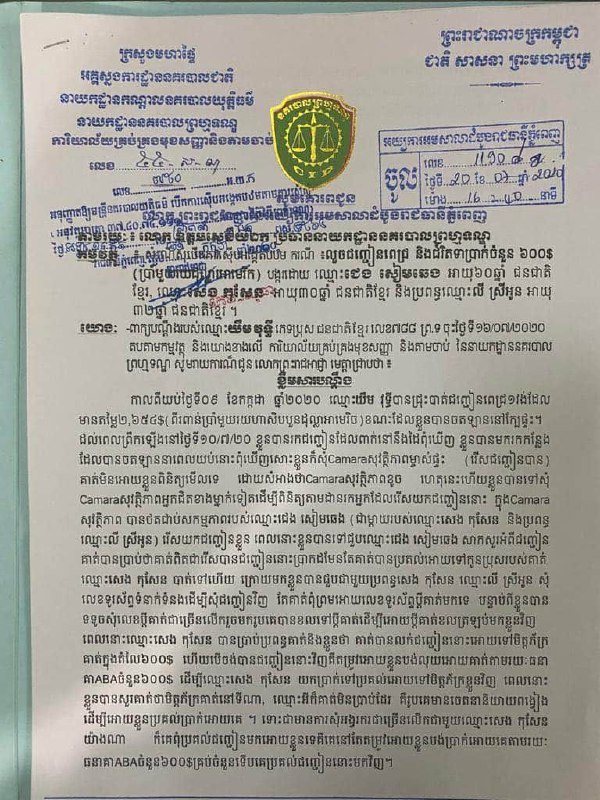 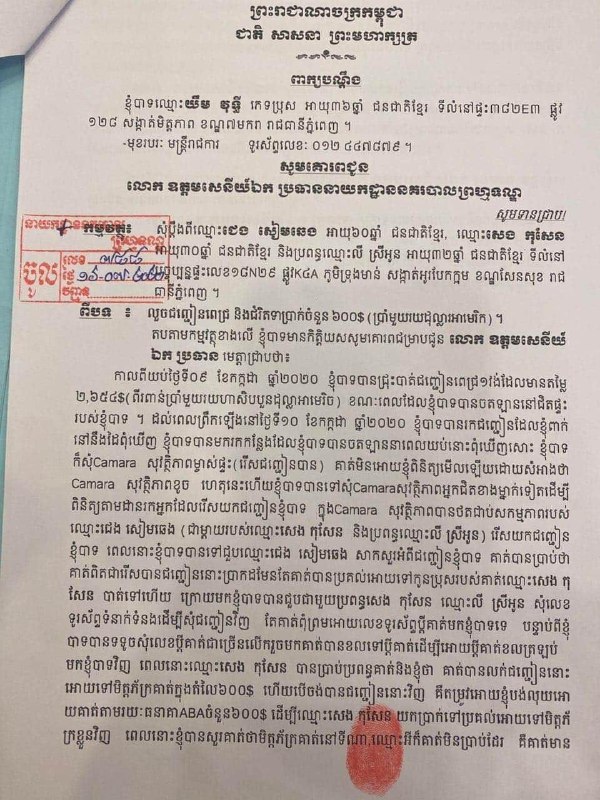 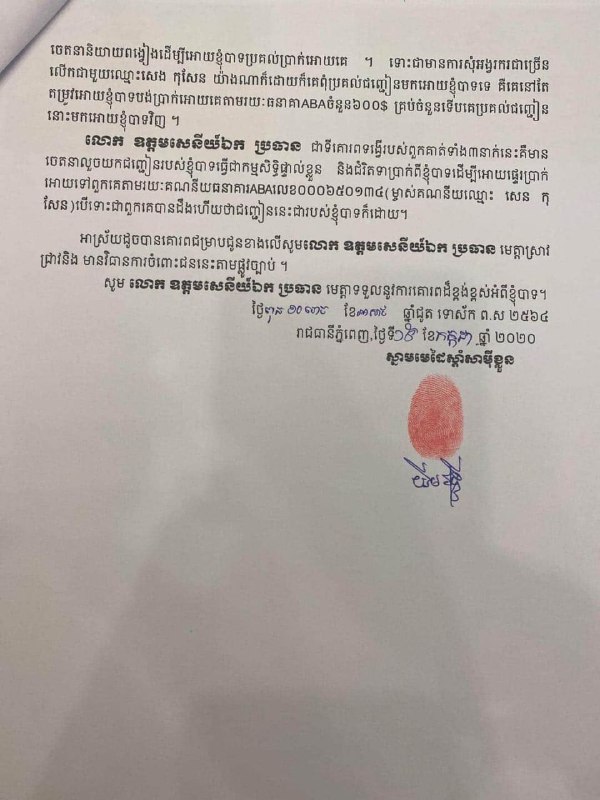