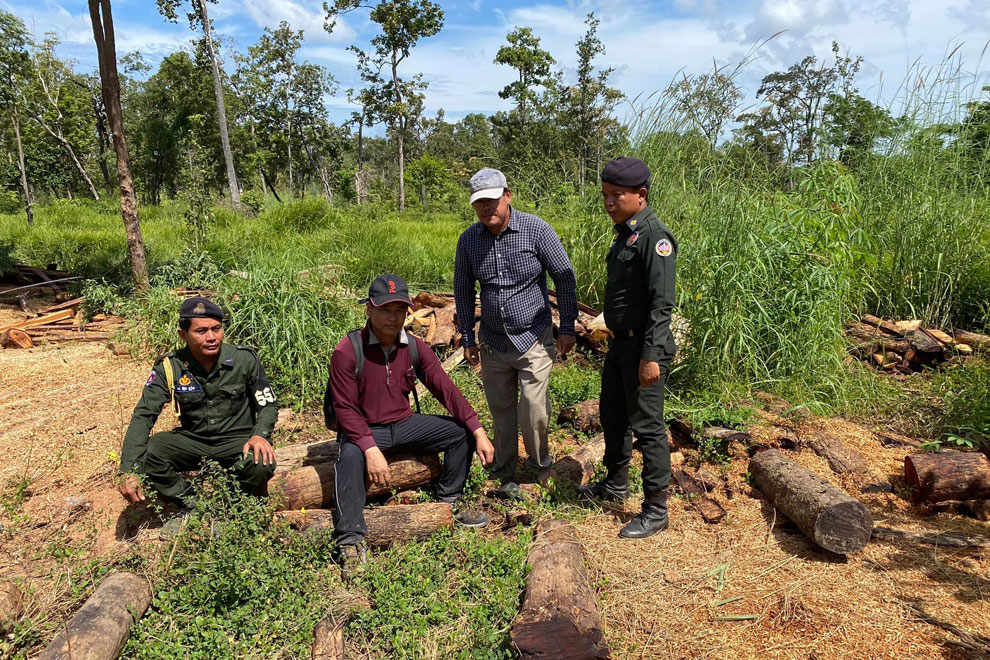 "I do not know exactly when the judge will announce the verdict, but I do know that Meas Nhim, deputy director of the Department of Environment, Participate in the hearing because the court invited him on behalf of the judicial police officer. "If there is an announcement, it will probably be announced during December."

Meas Nhim, deputy director of the Preah Vihear provincial environment department, said on December 9 that he had attended four hearings, including one clarification. Three cases will be heard.

He said the court questioned the six suspects as to whether they had actually encroached on state forest land. No? He replied to the court according to the case and submitted some reports to the court for the court to review the legal procedure. For this hearing, the court plans to announce the verdict on the 12th day, 1 case on the 17th day and 1 case on the 24th day. In December 2020.

"We are suing for the confiscation of 4 hectares of state forest land in the Kulen Promtep Wildlife Sanctuary, which the suspects seized," he said. Invaded and demanded the confiscation of 70 hectares of forest land in the Phnom Tnaot-Phnom Pok wildlife sanctuary as state property. In particular, I demand that the court punish the perpetrators according to the law that has come into force.

Mr. Meas Nhim said that the six suspects were being imprisoned, some for half a year and some for a year in other cases. Each. Four people involved in Phnom Tnaot and Phnom Pok have been charged with "illegal encroachment and clearing of state forest land" and Death threats. The other two were involved in deforestation and encroachment on forest land at the Kulen Prom Tep Wildlife Sanctuary.

Mr. Set Tep, a representative of 12 communities in the Kulen Promtep Wildlife Sanctuary in Choam Ksan district, said on December 9 that There have been cases of encroachment on the forest land of the Kulen Promtep Wildlife Sanctuary and encroachment on the collective land of indigenous communities. Four of them have been charged in court and are being held in prison.

"In the past, there have been many cases of encroachment on forest land, but all those who encroached on the land have been sued by environmental officials," he said. Some went to court, some were contracted to stop their activities, and some were subsequently educated. For now, there are no more land grabbers and the crime of logging is less, now it seems that the crime is quiet "