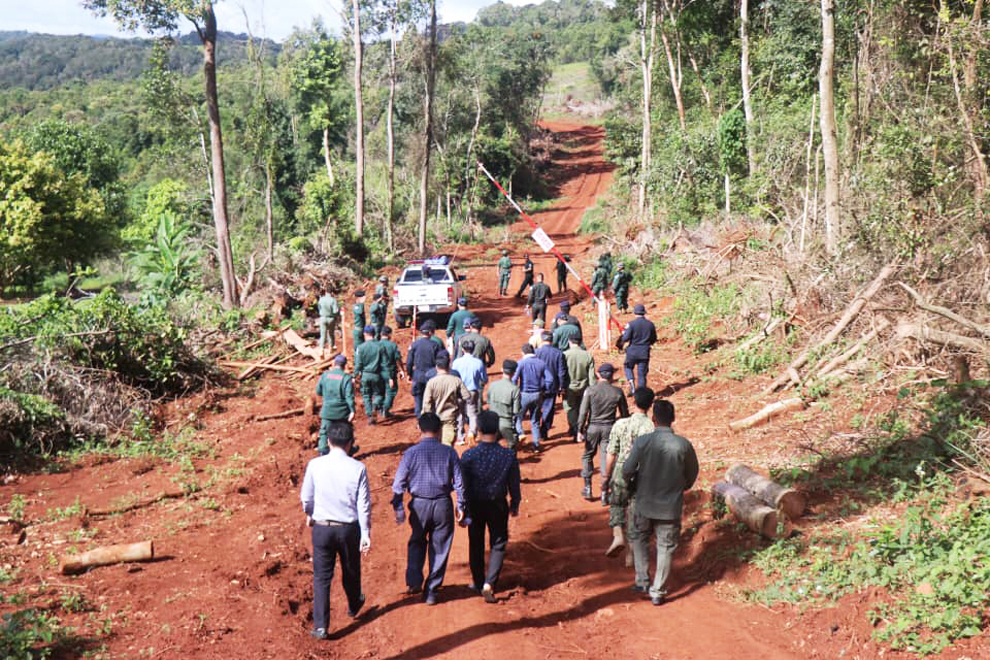 The indictment states that he was charged with "clearing, encroaching on forest land, clearing, burning and clearing forest land to take ownership of the land." Phnom Rohang, located in Po Chhop village, Dak Dam commune, Oreang district, Mondulkiri province, on September 9, 2020. The criminal offenses are stated and punished according to the regulations. Article 62, point 1 and article 56, point 4 of the Law on Protected Areas.

The order ordered the director of the Mondulkiri Provincial Prison to detain the accused temporarily.

Keo Sopheak, director of the Mondulkiri provincial environment department, said yesterday that he had received information about the suspect's detention and that he Involved in the crime of stealing and clearing 40 hectares of forest land.

"In the case of clearing the forest land, we are still searching for the perpetrators involved, even though we caught the broker," he said. Anyway. We can not allow anarchists to seize state land and sell it arbitrarily. "Now we are working to take legal action."

Eang Mengly, an Adhoc human rights officer in Mondulkiri province, said yesterday that he applauded the provincial court's decision to detain the official. Has this power and has pushed for additional measures against other perpetrators.

He said that such crimes have occurred in Mondulkiri province and the authorities have cracked down frequently, but has not decreased. That requires more stringent measures.

"We already have laws, royal decrees and sub-decrees on the protection of many protected areas," he said. Thus, we should apply more effectively, otherwise the problem persists from day to day and the problem It happens many more times. ”

It should be reminded that Mr. Hou Sakun, Deputy Commissioner of the National Police and Mr. Hong Vinol, Deputy Commander of the National Gendarmerie, including Mr. Svay Sam Eang, Governor of Mondulkiri Province on the 30th. She led a joint force and the provincial department to inspect the site of the clearing, but officials have not yet confirmed the results. No.