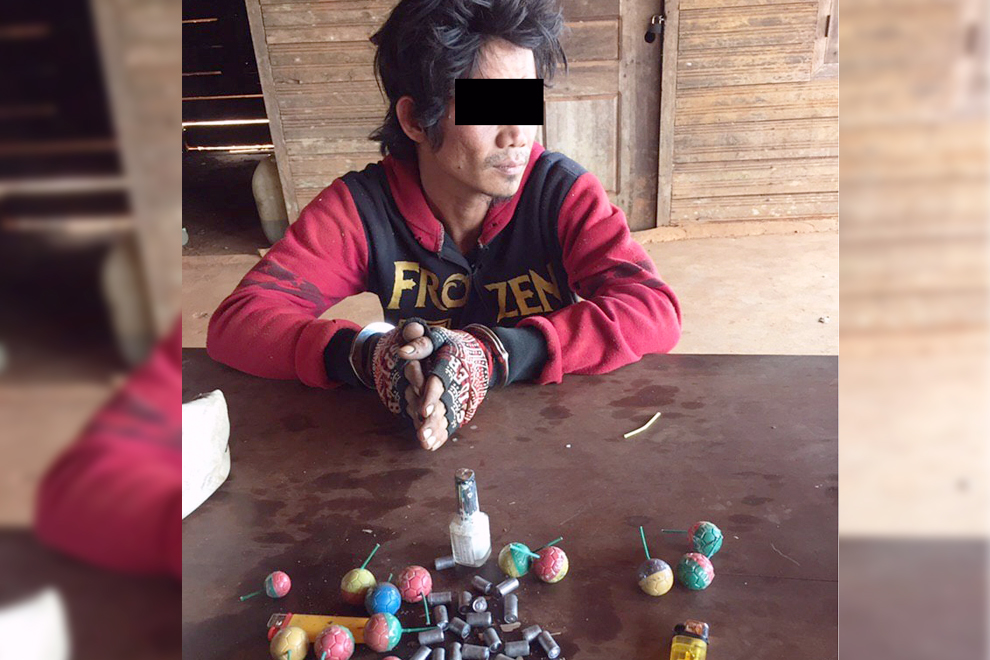 Mr. Sopheak said that after shooting the white-tailed monkey, the suspect attempted to drive his motorcycle with a monkey. The head came out of the forest but was quickly seized by a paramilitary officer patrolling the area. The crime scene is nearly 200 meters away.

“At the time of our arrest, our probation officer also searched the suspect's purse and found and seized the evidence,” he said. "There is one white-tailed monkey [dead] and one modified shotgun."

Mr. Sopheak also said that the suspects and exhibits were sent to the Keo Seima Wildlife Sanctuary before the case was sent. Go to court. But according to the suspects' answers to the question, no animal was involved in the crime .

After the questioning, the suspects and exhibits were sent to the provincial court on February 2, 2020, he added. The two were charged with two counts of "hunting white-tailed macaque" in a wildlife sanctuary Keo Seima is a Class 3 natural resource offense and "Kanaka." Illegal Weapons ”pursuant to Article 490 of the Penal Code and has ordered a probation officer to bring the suspect to jail. Mondulkiri province to await trial

“According to the two charges above, the suspect faces at least three years in prison. Up to 5 Years On Just One Charge in Relation to Tier 3 Natural Resources Suspects Charged in Prison From one year to five years.

He said that from the beginning of January 2020, so far the rangers of the Ministry of Environment of Mondulkiri Five cases of natural resource offenders were arrested, three of them were sent to court and two more The authorities have undertaken the education and transitional fines.