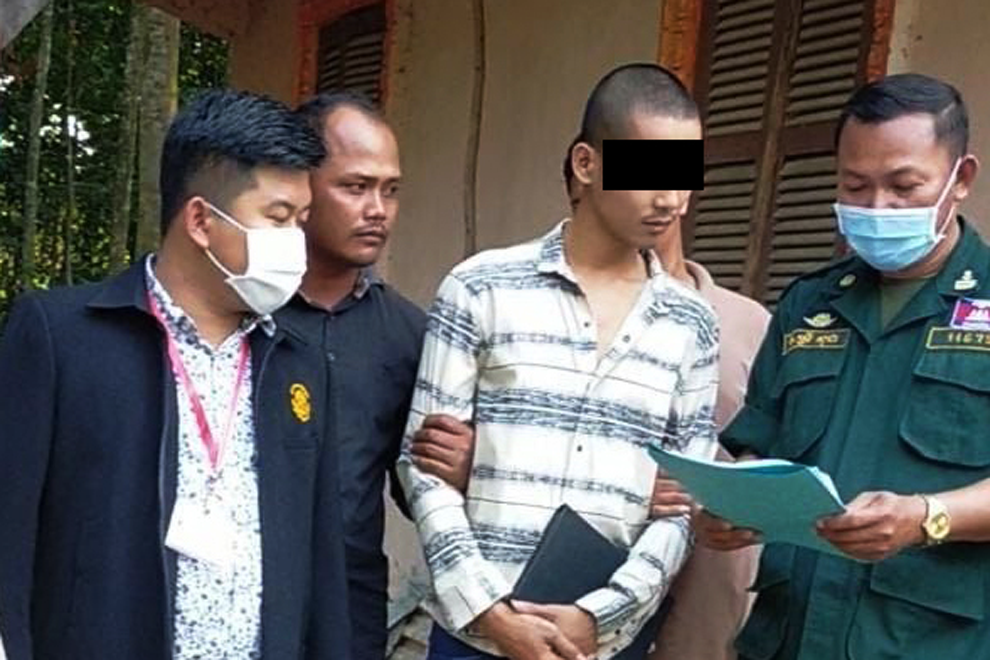 He said that the suspect was arrested by the Kampong Chhnang Provincial Court on January 25, 2021 to be questioned about the rape. Complaints from parents of children. But maybe the suspect woke up and ran away from the pagoda while still a priest. The arrest of the suspect is his responsibility, just follow the court order.

He said: "In the case of this suspect, I did not ask for a long time, because I follow the court order. So immediately after arresting the suspect, I handed over the suspect to the court.

However, Ms. Soda told the story that the suspect was born in Toul Pong village, Phsar Kandal commune, Poipet city, Banteay Meanchey province. However, the suspect studied at Ang Serey Sovann pagoda in Rolea Bier commune, Kampong Chhnang province until he became the acting chief abbot of the pagoda.

He said that living in the pagoda while he was assigned by the Rolea Bier district chief as well as the chief of Kampong Chhnang province as the acting chief abbot of the pagoda is a suspect Raped 4 to 5 children. The children who were raped by the suspects were between 13 and 17 years old and all of them were assaulted by the suspects. Buttocks.

He added that after learning that his parents had complained to the suspect, he stole and fled from the pagoda to Banteay Meanchey province. After that, he continued to pray at Wat Khlot called Wat Chres in Trapeang Dieu Leu village, Chres commune, Chantrea district, Svay Rieng province.

After being decapitated, the Svay Rieng provincial police interrogated him and sent him to the authorities.

Prak Chet, chief of the Chres administrative police station, said the arrest came after he received an order from the Svay Rieng provincial police commissioner.

He said: "Regarding the details related to the suspect, I do not know anything, because I implement and cooperate on behalf of local authorities. Only. ”