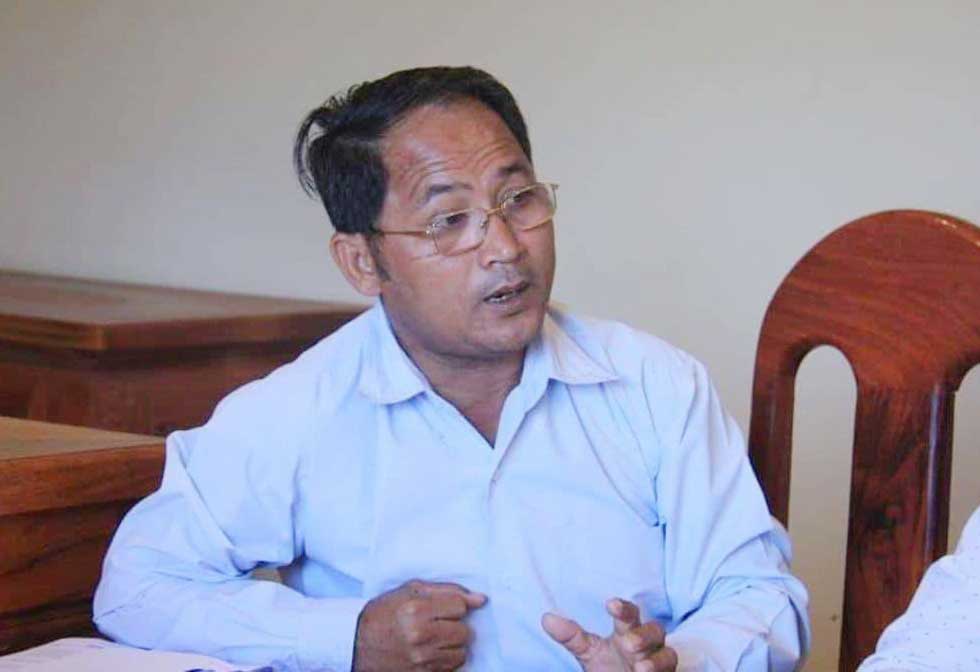 
Mondulkiri: Mondulkiri Provincial Court on December 2 held a hearing on defamation lawsuits involving officials holding dozens of hectares of land. In the province, the case of "defamation of crimes or misdemeanors by public officials" 2017, with the accused named Yun Sarom, Director of the Department of Rural Development of Mondulkiri Province.

Meas Pros, spokesman for the Mondulkiri Provincial Court, said the trial in the case had been going on for some time. About 2 hours in the absence of the accused. After the trial, the trial judge decided to postpone the announcement of the verdict to December 15, 2020.

“The trial judge will announce the case in due course. At this time, I have not been able to tell anything. No, waiting for the judge to announce the verdict.

Pen Bunnar, an Adhoc official and plaintiff, said the case came after he and three members of the community File a complaint to the Mondulkiri Provincial Court regarding the case of non-defamation of crimes or misdemeanors committed by public officials, for example In 2017. At that time, Mr. Yun Sarom told a local newspaper, claiming to speak openly in public. For officials with land from 500 to 1,000 hectares in Mondulkiri if the provincial authorities dare to confiscate the land from him.

The claim comes after provincial authorities planned to confiscate 23 hectares of his land from encroachment. The community in Sre E village in Sangkat Romnea, Sen Monorom city in 2017.

Kreung Tola, a representative of the indigenous community in Mondulkiri province and also a plaintiff, stated that he had not sued Yun Sarom in connection with It is said that each official owns 500 to 1,000 hectares of land, and why did he confiscate his land? 23 hectares?

"Anyone can file a defamation or misdemeanor complaint to know that there is an individual," he said. Someone knows about a crime, but he pretends not to know, we can sue that person to court. Apparently, Mr. Yun Sarom knew that each crime officer had tens of hectares of land, but he pretended not to know. "So we, as the plaintiffs, are suing him."

Sen Monorom Mayor Hiek Sophan said that in all these cases, the provincial court handled the procedure for his 23 hectares of land. Yun Sarom has not been confiscated as state property and no local authority has issued a certificate of ownership. The law. He is enjoying the land.