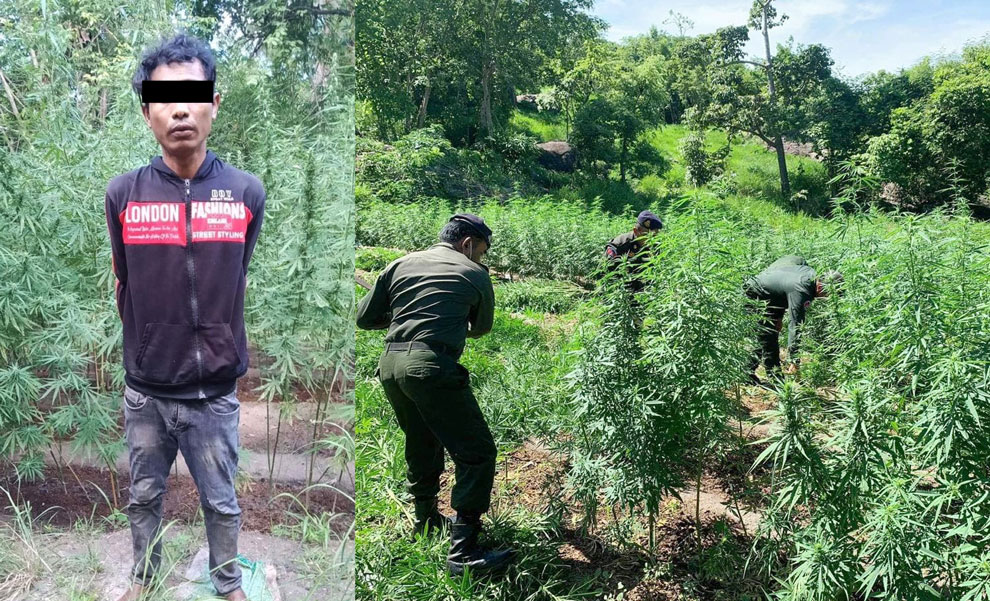 Takeo Provincial Court spokesman Lim Sokhorn said on June 29 that the man, Leap Bol, 35, had been decided by an investigating judge. A detention order was issued in the provincial prison on the morning of June 29. The detention follows the Takeo Provincial Military Police. He was sent to court on June 28.

“The accused was charged by Deputy Prosecutor Keo Kunthea with planting a drug-containing plant that The law prohibits the provisions of Article 38 of the Law on Drug Control.

In connection with the arrest of the suspect, Mr. Nget Chanthy, Deputy Commander of Justice of the Takeo Provincial Gendarmerie Command Said on June 29 that the demolition of marijuana trees at the planting site was in accordance with the order of Brigadier General La Lai, Commander of Takeo Provincial Gendarmerie, and legal proceedings were coordinated by Prosecutor Chiv Chandara Takeo province.

According to Mr. Chanthy: “The person involved in the crime of growing marijuana is not only this suspect, there is still a party They are other ringleaders, but we know what their identity is. ”

He confirmed that in cracking down on this crime, his military police had destroyed a reservoir for planting marijuana. 1 place at the point of Phnom Toteung in Kiri Chong Koh commune, Kirivong district and felling and destroying fresh marijuana trees 320 trees on an area of ​​185 square meters.

According to Facebook, the operation destroyed marijuana plants on an area of ​​2,818 square meters of artificial water reservoir. 9 pools and are continuing to search for the perpetrators who stole marijuana to be punished according to law.