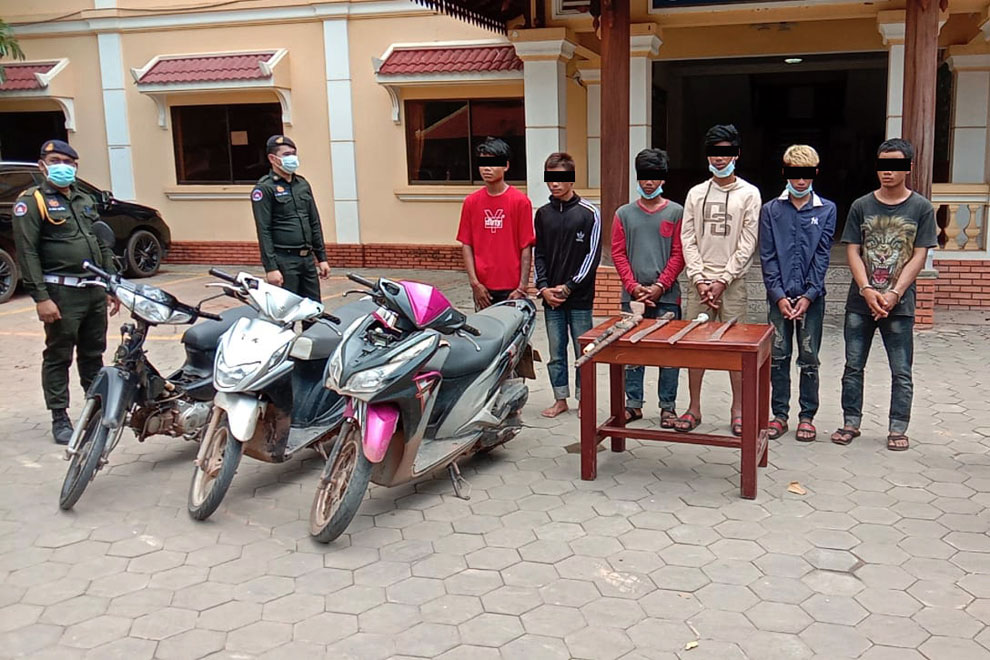 
Siem Reap: Investigating Judge of Siem Reap Provincial Court has decided to charge and detain 6 youths in the provincial prison on 23 August A deadly clash took place on Street 60 in Sangkat Slor Kram on August 19.

"All six were charged with premeditated murder under Article 200 of the Penal Code," he said. They were charged by Judge Ung Chanthol. ”

According to Article 200 of the Penal Code, if the court finds that the six youths actually committed the crime, Will be imprisoned for life.

"These people have committed actual crimes, killing the victims, and the authorities will continue to search for those involved," he said. "You have to be arrested."

A group of more than 10 suspects used about eight motorcycles to cut a group of victims. 5 people riding 3 motorcycles. The victim, who is also a male, is named 1-Chat Muth, 18 years old, a carpenter living in Suong village, Trapeang Thom commune, Prasat district Bakong was stabbed in the neck by a suspect named Soeun Sann, who died instantly at the scene. The suspect cut off his head and arms, causing serious injuries. Three other youths were slightly injured and two were unharmed.

Tha Dalux said that through interrogation, the six suspects admitted that they had committed the crime by cutting. On the victims, because on August 18, 2020, they had a dispute with the victims until late at night. On August 19, they also cut down on the victims.

According to Tha Dalux, the evidence related to the murder included three swords, 0.70 meters long, four motorcycles, an air rifle and Two sets of clothes to wear when doing activities.