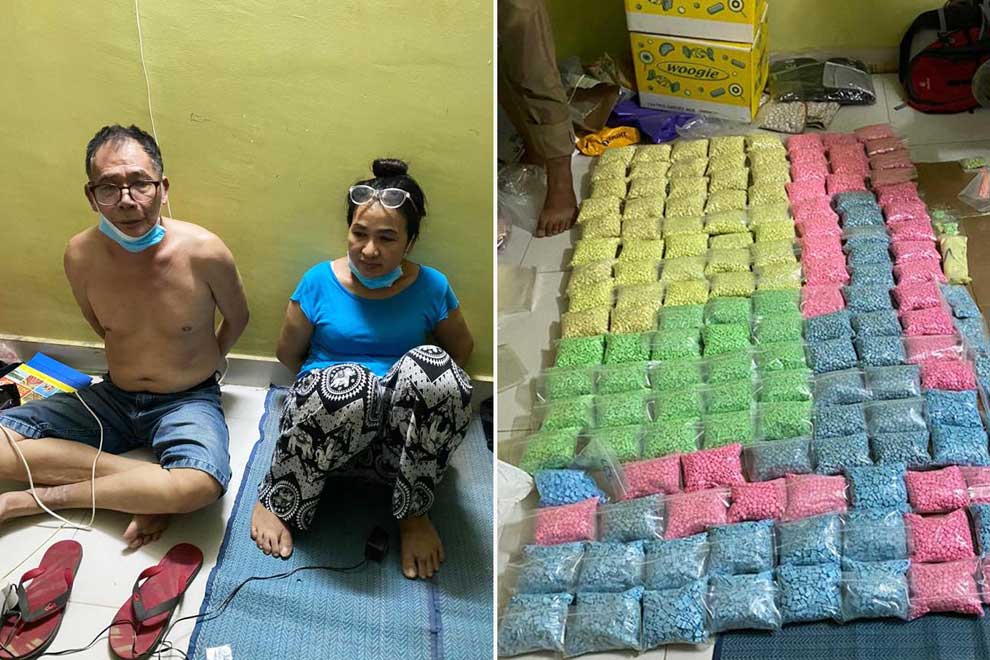 
Phnom Penh: Phnom Penh Municipal Court on July 13, 2021 held the trial of two Chinese and Myanmar couples after they were Arrested and remanded in custody in Prey Sar Prison on April 29, 2020 for the production and trafficking of more than 57 kilograms of drugs.

Following the trial, the judge announced that the verdict in the drug case of the two foreigners will be announced on 12 August. 2021.

I Rin, spokesman for the Phnom Penh Municipal Court, said that the two defendants in the drug case were LEE KWAN FUK, 60. Chhnang, a Chinese national, was the husband of the suspect, THET HLAING, 52, a Myanmar national.

Both of them were arrested by the Office of (A11) of the Department of Anti-Drug Crimes on April 29, 2021. Location: No. 1 house in Trapeang Po village, Sangkat Choam Chao, Khan Por Senchey, Phnom Penh, after searching and found more than 57 ecstasy drugs Kg and two illegal drug processing machines.

Mr. I Rin stated: "After the hearing, hearing and hearing the conclusions of the representative of the Prosecutor of the Phnom Penh Municipal Court and the request for Following the commutation of the sentences of the two defendants, Mr. and Mrs. Seng Socheat, the President of the Trial Chamber, decided to postpone the verdict to August 12, 2021. "

According to Mr. I Rin, the accused couple were charged by Mr. Che Song, a representative of the Phnom Penh Municipal Court. Charged with the "production, processing and trafficking of drugs under Article 40 of the Law on Drugs."

According to the charges and Article 40 of the Drug Law, the couple will face up to one year in prison. Life.