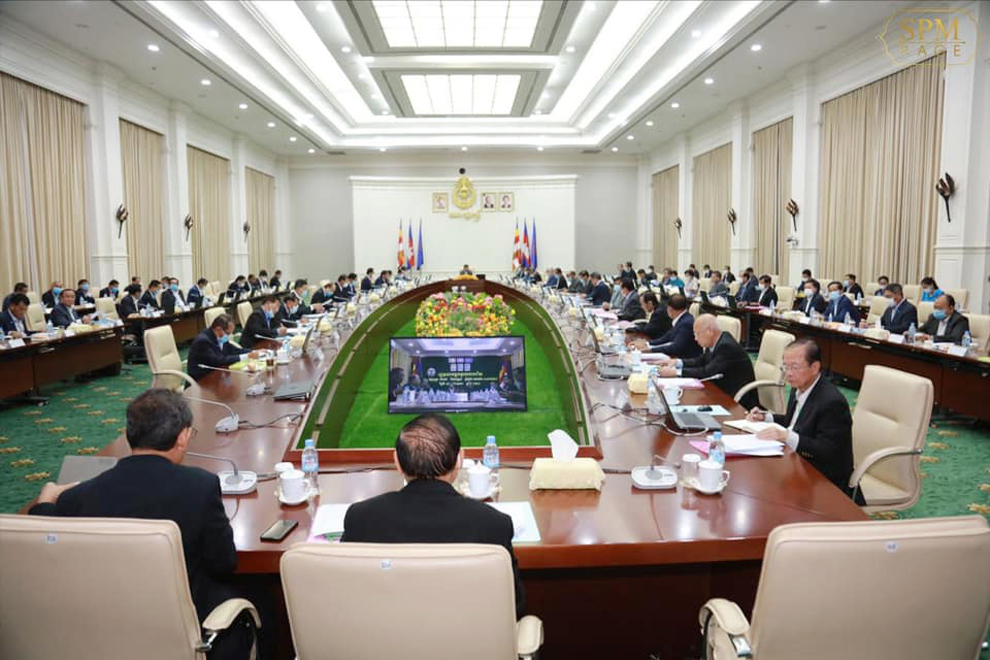 The four draft laws that the Council of Ministers decided to submit for approval by the legislature include: Draft Law on the Approval of the Protocol for the Boundary and Land Boundary Protocol between the Kingdom of Cambodia and the Socialist Republic of Cambodia Vietnam.

2. Draft law on the approval of the third protocol. On the right to cooperate on domestic flights within the territory of any ASEAN member country and Protocol 4. On Co-Terminal Rights between airports in the territories of ASEAN Member States.

3. Draft Law on the Approval of the Protocol to Implement the 9th and 10th Contracts of Road Transport Services Air under the ASEAN Framework Agreement on Services; and 4. Draft law on the ratification of the Nuclear Non-Proliferation Treaty

According to the press release, the draft of the National Action Plan on the Prevention of Violence against Women 2019-2023 Cambodia launches two national action plans to prevent violence against women (2009-2013 and 2) 2014-2018). But there are still remaining issues and new challenges caused by the rapid growth of the information technology society. And globalization.

Statement states that some Cambodian women still face physical, psychological and economic violence at home In the workplace and in the community, regardless of income level, education level and knowledge, while the main reasons are It is generally acknowledged that this is due to gender inequality and discrimination.

According to the press release, this is the third plan designed to be an orientation map for Ministries, institutions, stakeholders at both national and sub-national levels, civil society organizations, the private sector and the media to continue to implement Work to prevent, respond to, and address violence against women more effectively and effectively.

The draft plan aims to reduce all forms of violence against women that will contribute to Promote social moral values, values ​​of Cambodian women and families, aim to promote equity, institutional and social harmony. It will also enable women to make the most of their potential to participate in the nation's development process. The draft was prepared in seven chapters and was approved by a plenary session of the Council of Ministers.

"In the context of the 19 Cambodian Kovid Crisis," he said at the Plenary Session. Maintain good financial management compared to some countries.

In fact, the Royal Government still has enough capacity to release the budget for current expenses to pay salaries every two weeks to civil servants. Nationwide and will continue to provide cash assistance to the poor and vulnerable people affected by the effects of Kovid 19 and support To public investment programs, such as infrastructure construction, roads, canals and small-scale projects in local communities. .