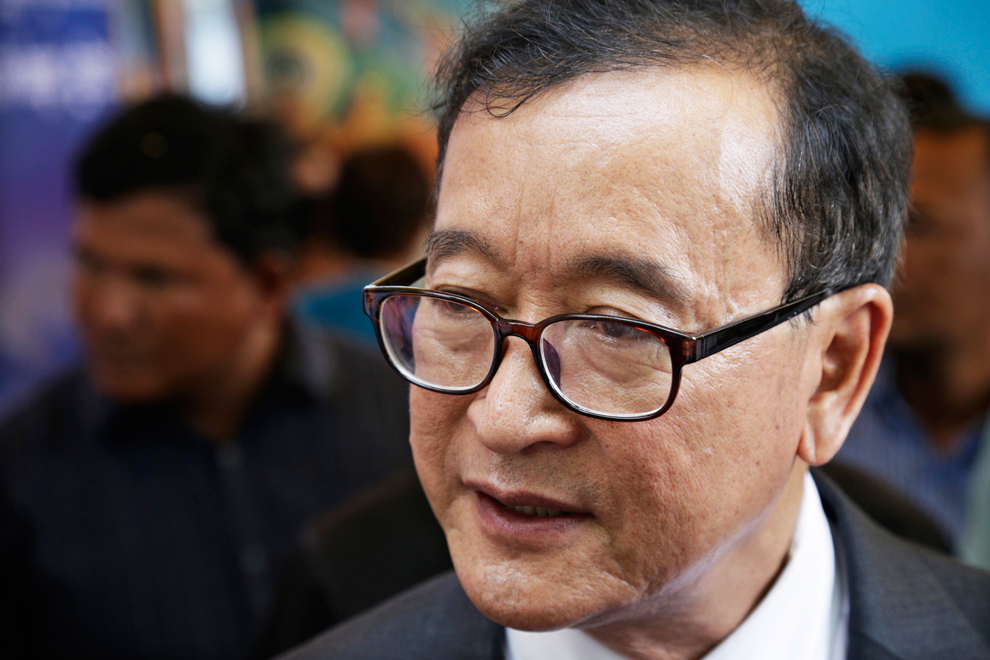 
Phnom Penh: Phnom Penh Municipal Court yesterday resumed hearings on conspiracy to commit aggravated assault on security Society and incitement to disobey the military, in which case Sam Rainsy and more than 20 defendants, including 14 He is being held in Prey Sar Prison.

During the hearing, three detainees were summoned by a judge, while two others were completed for questioning. And in December. As for the lawyers, they are Mr. Sam Sokong, Mr. Lor Chunthy and two lawyers from the Bar Association, Mr. Yong Phanit and Ms. Sin Sovan. The trial judges are Mr. Ros Piseth, Mr. Keut Saing, Mr. Im Vannak, and the prosecution representatives are Mr. Seng Heang and Mr. Sam Rithy Veasna.

In front of the Trial Chamber, defendant Keo Thai told the judge that he had a master's degree in management and Chairman of the District Executive Committee of the former National Rescue Party and a teacher at Hun Sen Boribo High School in Kampong Chhnang province.

During the hearing, the judge and the prosecution questioned Keo Thai in connection with Sam Rainsy's order to establish a movement Save the nation because the movement incited the people to revolt against the Royal Government and incited the army not to obey the government's orders.

But Mr. Keo Thai replied that around the establishment of the National Salvation Movement, he did not receive orders from Mr. Sam Rainsy to Follow the plan in Cambodia. After the CNRP was dissolved, he returned to teaching and stopped thinking about politics. Serve any other party. "I have not spoken on the phone or shared on Facebook about the National Salvation Movement so far," he said. I was detained for more than 10 months and did not know what I was guilty of.

Separately, the second defendant, Sun Thorn, told the judge that he was a former member of the Kampong Thom provincial CNRP council. Since the dissolution of the party, he has stopped thinking about the party and he never knew about the formation of the CNRP movement. Cheat too. As the interrogation of the third accused is not over and there are still more than 10 detainees, Judge Ros Piseth He said during the hearing that the case would be taken to trial on March 18.