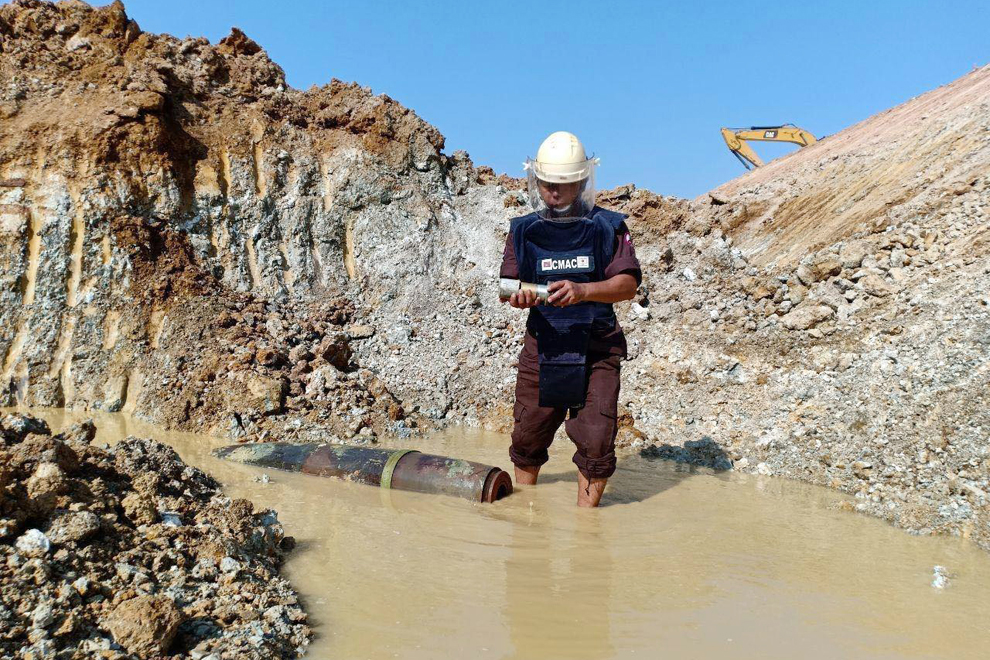 
Photograph: Pha Lina / Phnom Penh Post CMAC found 14 bombs dropped from MK From 14 different locations in the capital and some provinces, the bombs were in a potentially explosive condition . According to Facebook's Heng Ratana, CEO of CMAC.

Ratana said: “The bombs were buried in a depth of 5-7 meters deep and located in Phnom Penh, Kandal Province. Takeo, Kampong Cham, Prey Veng, and Svay Rieng provinces. This poses a serious threat to the safety of the nation, especially in the construction of irrigation infrastructure, housing, bridges and excavations. "That could be dangerous and the damage can be huge!"

Separately, in Pailin, a demining officer told the Post that four anti-tank mines had been released from the farm. A family located in Pailin on Tuesday morning, February 4, 2020, after the owner of the farm used a tractor. Plow that field A farmer planted corn and found a landmine in the trajectory of the land he had plowed, but fortunately it did. Not explosive.

In Pailin, more than 100 seeds were found and cleared over 20 hectares of land in January ៕