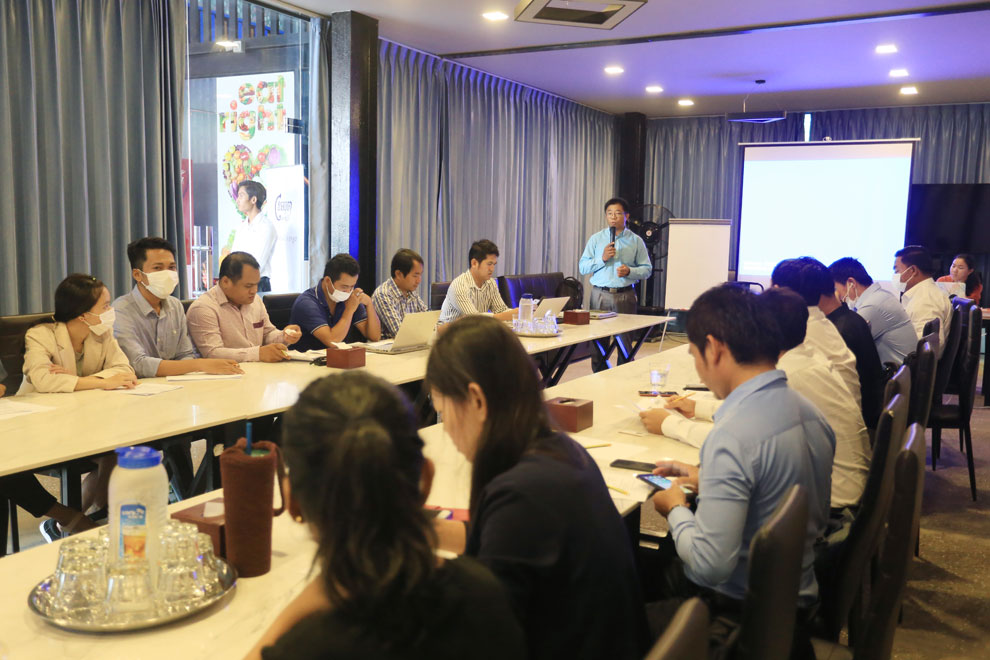 
Phnom Penh: National and international civil society urges the widespread dissemination of health education to inform the public of the issues to be aware of and preventive measures. In particular, education on AIDS, tuberculosis, malaria and other infectious diseases, they claim that the spread is still low.

The push comes during the launch of the Guidelines for Journalists in Reporting on Global Health Coverage on the 14th. October to raise awareness among journalists and media professionals on how to report health care in a professional and consistent manner According to the guidelines, with about 30 stakeholders involved.

Chuob Sok Chamroeun, Executive Director of KHANA, said that in the past, he had noticed that the publicity and participation of journalists around the production of articles Health education, as well as writing educational articles on communicable diseases such as HIV, tuberculosis, malaria and other infectious diseases, is still limited.

He urged the media to help produce video articles and write in-depth information to educate and explain the effects of any disease. Easily transmitted from person to person. Because most Cambodians do not have access to information about better health care that can prevent disease.

Mr. Sok Chamroeun stated: "I think this issue is not us, the civil society or the government alone, but the media is part of it. An important one too. Journalists bring important messages to introduce health guidelines that have been presented by experts or stakeholders in the field. Health. "So we call on them to help fill in the blanks."

Rachel Ong, regional coordinator of the Global Fund for AIDS, Tuberculosis and Malaria Advocacy Network Asia-Pacific Really very important. When journalists write or compile documents, it is very influential to give negative information to the management or stakeholders. Solve problems that arise.

According to the civil society official, she wants journalists to research and quote experts to the public in order to present to the community. Vulnerable to high alertness to health issues. In fact, during Kovid 19, professional journalists played an important role in educating and disseminating prevention and prevention measures.

"I am working with the Global Fund to fight AIDS, tuberculosis and malaria," she said. I am very interested in Cambodia, the government has paid a lot of attention and I would like to see Cambodia continue its efforts to fight infectious diseases. All.

Nop Vy, executive director of the Coalition of Cambodian Journalists, said the current coverage of health issues has improved. However, the writing of information related to the promotion of health policy and health finance is still low. Still.

According to Nop Vy, the shortcoming of some journalists is that their ability to write comprehensive news is limited. On the other hand, very few media outlets in Cambodia dare to cover news that addresses social issues or government-sponsored news. To pay more attention.

"In terms of ability or professionalism, I think not all of them are incompetent, but the next generation of journalists is not yet experienced," he said. So much work is still lacking. So we have to support them through additional training and some units he cares about teaching his staff. But other institutions, he does not pay much attention.

The spokesperson for the Ministry of Health, Ms. O Vandin, said on October 14 that before the arrival of Kovid 19, there was an outreach and education on health issues. Still limited. The Ministry of Health strives to produce health education messages, especially those related to communicable diseases such as HIV, tuberculosis, malaria and other important diseases, to raise awareness Citizens should be highly vigilant.

"In the context of the fight against Kovid 19, I have observed that our journalists have done a lot to help spread the word," she said. We still call for more promotion. Especially during the floods, public welfare issues faced. "So we together spread all the important information to the vulnerable community so that he can be careful."