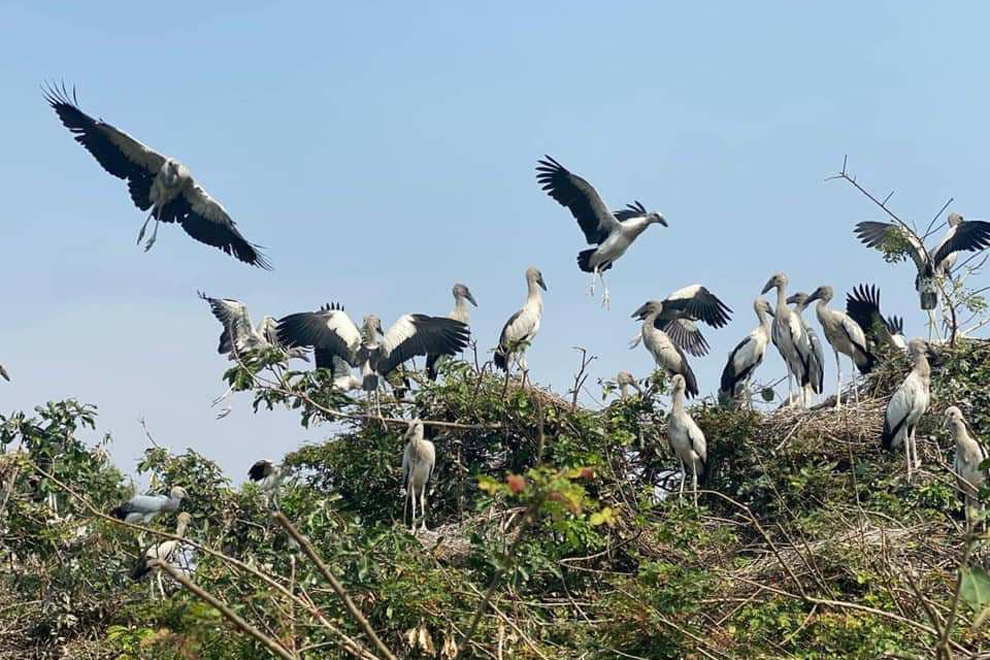 
Banteay Meanchey: Residents and authorities of Chhnour Meanchey commune, Preah Net Preah district, have joined forces to conserve fish and birds in the protected area. This area to be a natural tourism heritage site.

Mr. Khong Bun, First Deputy Chief of Chhnour Meanchey Commune, told the Post that the Rohal Ke Avien Nature Reserve covers an area of ​​more than 28 hectares, about 10 kilometers away. Km from Preah Net Preah district town and will be recognized by Banteay Meanchey provincial authorities on January 30, 2020 after citizens and commune authorities Chhnour Meanchey has worked for many years to safely protect and conserve the region's rich fish, bird and biodiversity resources. In the past.

"Right now we want to find development partners to turn this area into an attractive eco-tourism site for For the benefit of our local community in the future. ”

According to Mr. Bun, the Rohal Ke Avien Nature Reserve is divided into two parts, one of which is a five-hectare fish conservation lake. There will be water that does not dry up even in the hot dry season. The other part is a flooded forest in the rainy season, covering an area of ​​about 23 hectares and rich in many species of birds live. Between September and February, the breeding and spawning season.

During 2016, the area was not rich in fish and birds, as some people hunted wildlife traps and Pumping fish without caring about the loss of natural resources. But at the beginning of 2017, after the professional officer of the Provincial Fisheries Administration published on the Fisheries Law and explained the obligation to participate in receiving Responsibility of the people and local authorities in the protection of natural resources, Mr. Bun has set up a committee to protect and conserve natural resources Rohal Ke Avin, with representatives of the people. Seven citizens are members. The commission is tasked with patrolling, protecting and conserving the Awakening area.

Mr. Bun said that due to the lack of financial support and food, almost all members of the committee resigned, except for one member. Only Pheak, who resisted in this work with him directly.

"Even so, our efforts over the years have not been in vain, we have kept The lake preserves the rich forest, fish and birds in this area until it is recognized by the provincial authorities.

At the same time, Ms. Pheak, who volunteered to build a hut to live in the forest alone to protect and conserve fish and bird resources In the dry area, triggering the avan without worrying about fatigue and health challenges, told the Post that the work to protect and conserve natural resources. This requires the utmost perseverance and love, as this work involves many challenges, including personal health and security. .

"I do not have the deep knowledge to serve society to the fullest, but I have worked as a defender," he said. "And conserving fish, breeds and birds here is the biggest pride for me and my family."

Mr. Sam Chumnit, Deputy Director of Banteay Meanchey Provincial Department of Environment in charge of Community Development, has been conducting research in this area since 2017. That told the Post that fish and birds were on the rise, with 2021 estimating that the protected area Roach Ke Avin is home to tens of tons of diverse fish and hundreds of thousands of birds. These birds include waterfowl, vultures, vultures, vultures, wild ducks … and vultures.

"We are very happy to see the people and the local authorities working together to protect and preserve this scenic area well," he said. In the future, this area can be developed into an eco-tourism resort.

However, at this time, very few national and international tourists know about and visit the Ral Ke Avan Nature Reserve because the area is flooded. Water in the rainy season and in the dry season, the road is very potholed and difficult to drive.

Regarding this case, Preah Net Preah District Governor Khou Pov told the Post that he was currently seeking development partners in the area to raise The standard of living of the people who have worked hard to protect and preserve this scenic area from the beginning. "Right now we are building a road into the area and setting up a site for tourists to visit," he said. "

According to Mr. Pov, the road under construction is about 80 percent complete. The budget for the construction of this road is the local development budget of Preah Net Preah District Administration through the support of various philanthropists. He hopes that civil society organizations and the private sector will be involved in development partnerships in the region to improve people's livelihoods.