Chut Wutty is yet to get justice 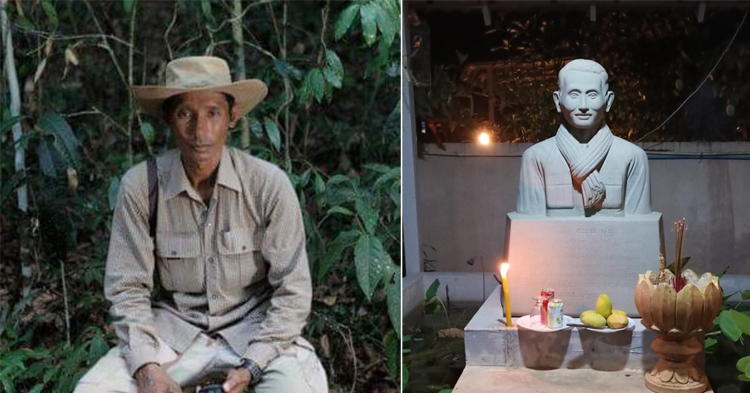 Chut Wutty is yet to get justice


The Cambodian Center for Human Rights said on April 26, 2020 Eight years after this death, justice for Chut Wutty is yet to be obtained. 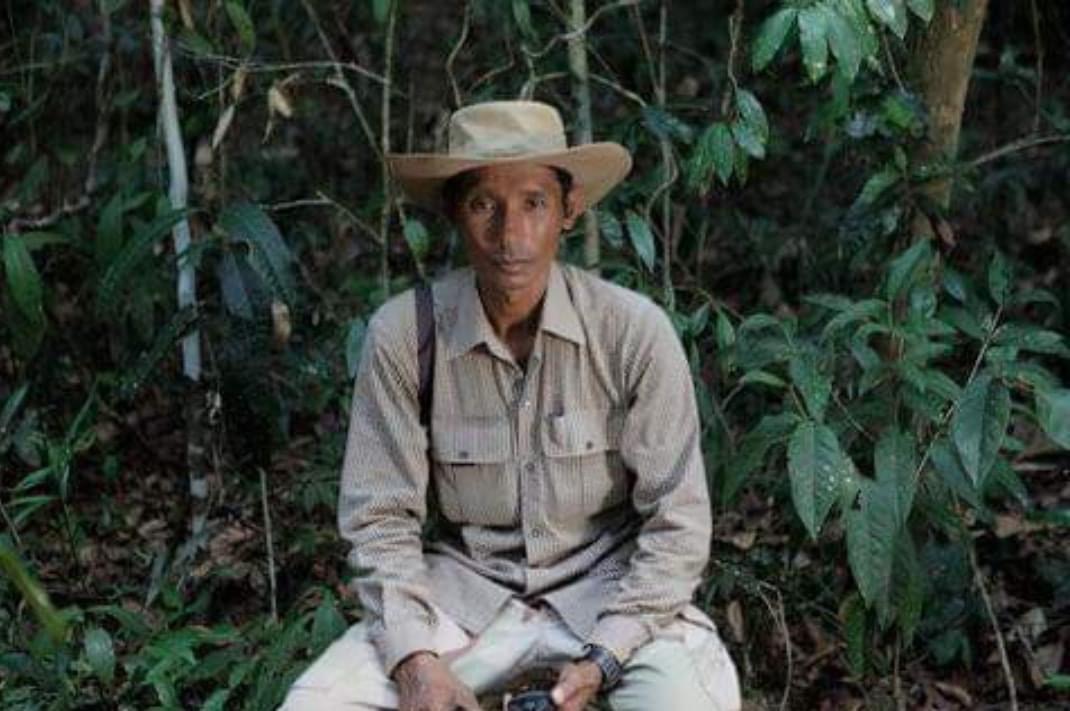 On April 26, 2020, we remember the death of environmental activist Chut Wutty. One of Cambodia's most prominent illegal logging was shot dead in Koh Kong province on April 26. Eight years after this death, justice for Chut Wutty is yet to be obtained.

A few days after Chut Wutty's death, on April 30, 2016, the government set up a joint investigation committee to conduct further investigations. It was announced that Chut Wutty had been shot by In Ratana, and In Ratana was accidentally shot in the head when Ran Boroth took his gun. . In that case, the Koh Kong Provincial Court deliberated on the murder case, but the court did not take the case for granted. Chut Wutty and his killer In Ratana both died.

Tith Sothea, deputy director of the Council of Ministers' Press and Quick Reaction Unit, and a member of the Joint Commission on Investigation of Chut Wutty's death and In Rattana, said. Following a meeting on May 1, a joint committee chaired by Lieutenant General Mok Chito, director of the Justice Department's Justice Department, said: R. Gaming National Police Commissariat of Interior visited the province to investigate research to place on 2 May 2012.

Tith Sothea added that the Joint Commission was to investigate further the incident, including the reports that were issued and information. In addition, there are various scientists, technicians, gendarmeries, by the authorities, in search of more details and more evidence to weigh in and draw conclusions. The latter.

On April 30, 2012, Prime Minister Hun Sen signed a resolution on the formation of a joint commission to investigate the death of Chut Wutty and Ink. Ratana on April 26, 2012 in Mondul Seima District, Koh Kong Province.

Decision to Establish a Joint Commission to Investigate the Deaths of 5 Forestry and Military Protection Activists, comprising of 5 persons: Lieutenant General Mok Chito, head of the Ministry of Justice's Central Department of Interior, was the chairman. Second Lieutenant General Sin Sophany, Deputy Commander and Commissioner of the Royal Gendarmerie Research and Justice Command Country as Vice President. Third, Mr. Tith Sothea, Vice-President of the Press and Quick Reaction Unit of the Council of Ministers; Mr. Kim Peace, Deputy Director General, technical department of the Ministry of Justice, member of the Ministry of Justice Liaison with the National Assembly, the Senate, and member inspectors;

The seven-figure resolution also states that the Joint Commission is responsible for investigating the death of Chut Wutty and In Rattana on April 26, 2012. In Geography, Mondul Seima District, Koh Kong Province. Search for signs of involvement in killings. Search for evidence (witnesses and exhibits) in case of murder. Cooperate with local authorities, law enforcement agencies and other law enforcement agencies for the most serious criminal cases Kill this. Based on the results of a fair investigation, a clear report and conclusion must be made to the head of the government.

It was informed that at 12 noon on 26 April 2012, Mr. Chut Wutty, Director of the Natural Resource Protection Group, accompanied by Ms. Phorn Bopha and Mr. O Leslie Blockie (Female), a Canadian employee of The Cambodia Daily newspaper, visits the land acquisition company An economic concession in Koh Por village, Bak Kreng commune Exploring Koh Kong province, taking photographs of the stockpiles of companies in the company, has been banned by company security and with the intervention of officials. Provincial Gendarmerie visits the scene. Later, a clash broke out, killing Chut Wutty on the spot with a gunshot wound to the knee. Go to (die in the car). In the aftermath, In Ratana shot himself two times, one on the left, and the left breast dead on the spot near the car. Chut Wutty. According to the report of the military police. 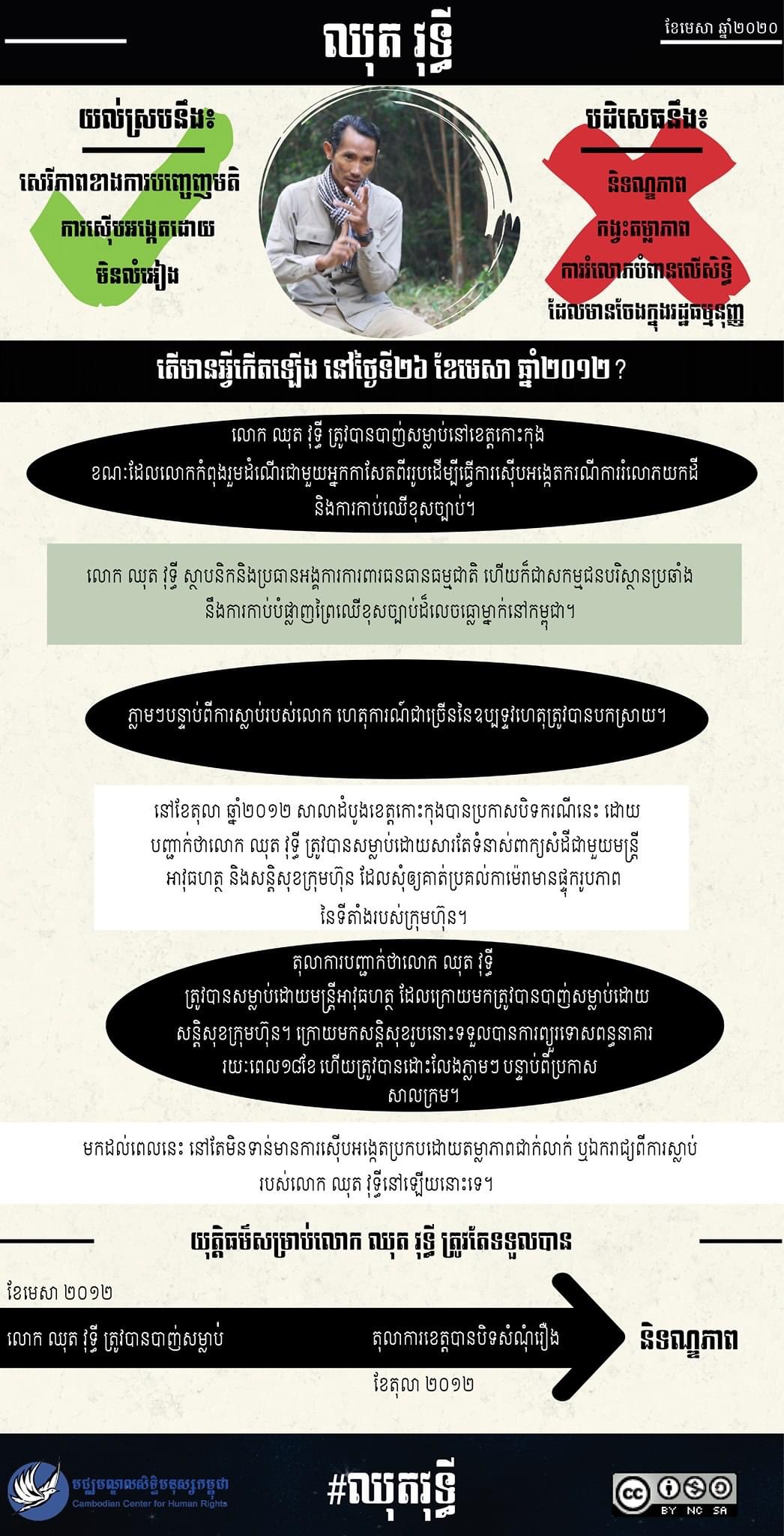 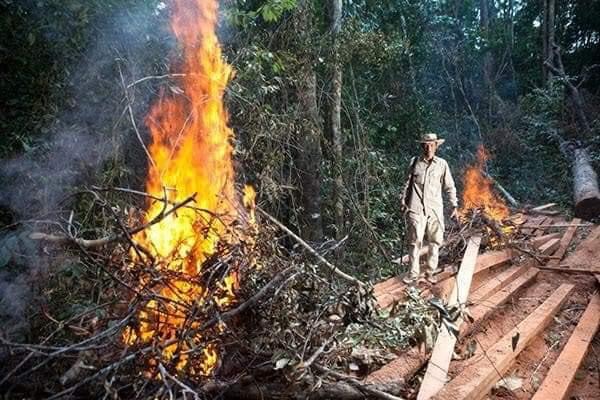 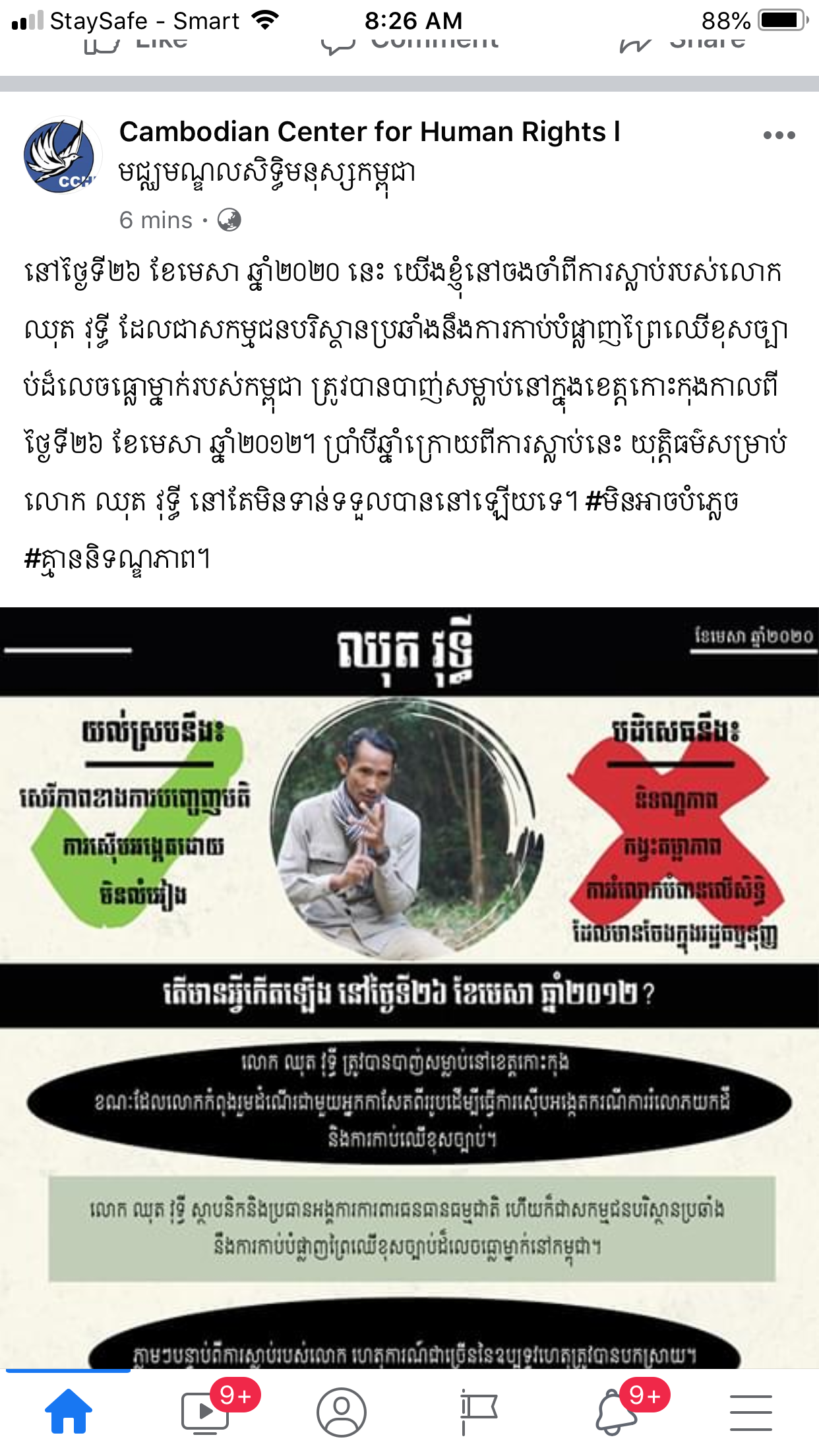 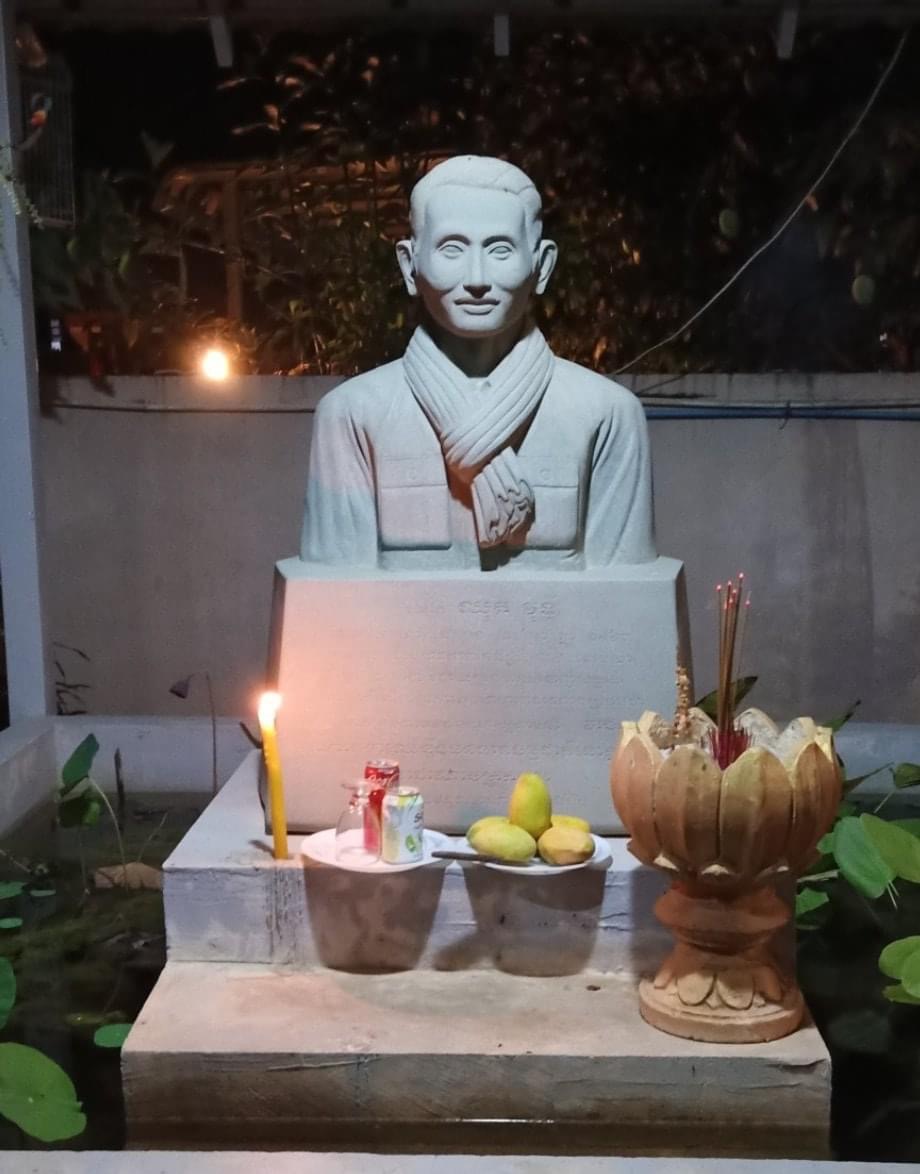