Chum Lino's uncle gets justice after five years in protest 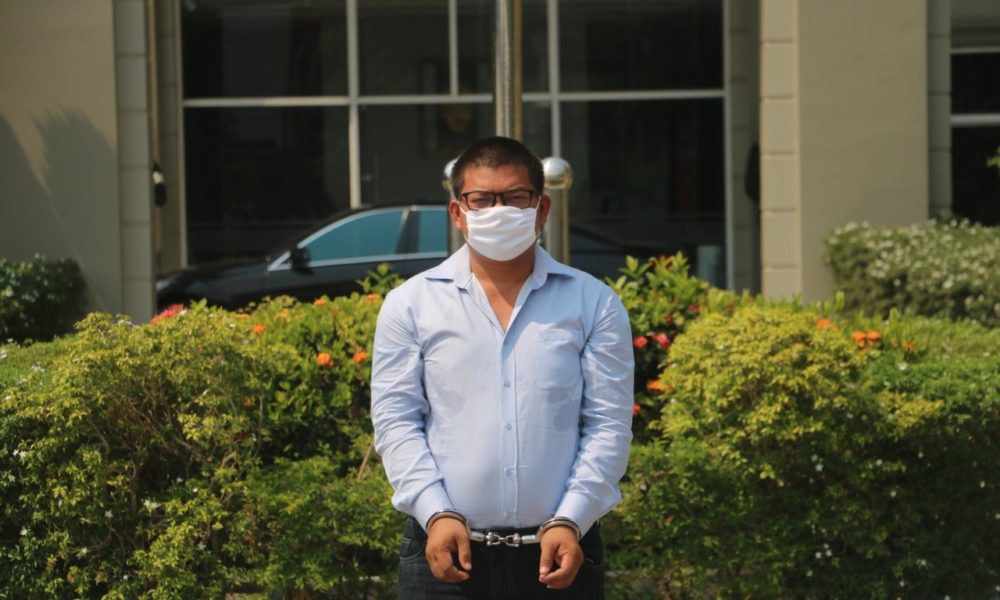 Chum Lino's uncle gets justice after five years in protest

The former prisoner, a former Buddhist monk, stole a relationship with his wife, singer Chun Lin, and abused a minor, was sentenced to three years in prison by the court. A fine of 4 million Riels and 12 million Riels for civil and emotional reparations.

It is worth noting that in 2015, there was a heated dispute between singer Chum Lino's uncle and Phum Moniroth.

Meas Leng, uncle of Chun Lin's uncle, said his wife had repeatedly filed for divorce, saying that in order to find a new immigrant and adopt a child in Australia, he refused. He decided to give his thumbprints of divorce to surrender his three children to his mother, but he did not know that the famous monk, Phommony Roth, had been in a relationship. His tax office since he was a priest.

After he had thumbprint divorced his wife for three months, the ex-priest set out to marry his wife.

Two daughters and one son, which Mr. Meas Leng handed over to his mother-in-law, were all less than 12 years old while living with their stepfather for one year. Monk Moniroth, a former monk, was tortured several times and suffered severe physical scars.

After finding out that his ex-wife had tortured his daughter badly and he had evidence and witnesses, he filed a lawsuit demanding custody of the three children.

But when he filed for custody of the three children, the ex-wife and ex-husband sued him for kidnapping and illegally detaining the Interior Ministry's criminal police department, requesting that he be imprisoned and demanded. $ 100,000 in restitution.

The lawsuit lasted until November 27, 2017, when the Phnom Penh Municipal Court ruled in favor of accused former monk Phum Monyroth in a case of juvenile violence, with the court ruling. A two-year prison sentence of six months and a fine of 4 million riels and 12 million riel of civil and criminal compensation to the plaintiff. But the verdict was not enforced, with defendant Phum Moniroth appealing the appeal.

On January 08, 2018, the Phnom Penh Appeal Board of Appeals announced the decision to uphold the verdict of the Phnom Penh Municipal Court as a verdict, and Phum Moni Roth continued to appeal to the Supreme Court.

On December 13, 2019, the Supreme Court declared the public hearing and upheld the Appeal Court of Phnom Penh as a whole.

Although all three levels of court have ruled in favor of Meas Leng, the prisoner Phum Monyroth is still free and has posted a message on Facebook to the plaintiff on March 4, 2020. Lawyer Meas Leng's lawyers have applied for a warrant for the arrest of Phum Moniroth at the Phnom Penh Municipal Court. Off.

On March 13, 2020, the prosecution of Amasa
The Phnom Penh Municipal Court first examined all cases and related documents and issued a warrant for the arrest of Phum Monyrath, who was handed over to the Phnom Penh Gendarmerie officials to search for the perpetrator. Sent to prison for serving sentence on the evening of March 28, 2020.