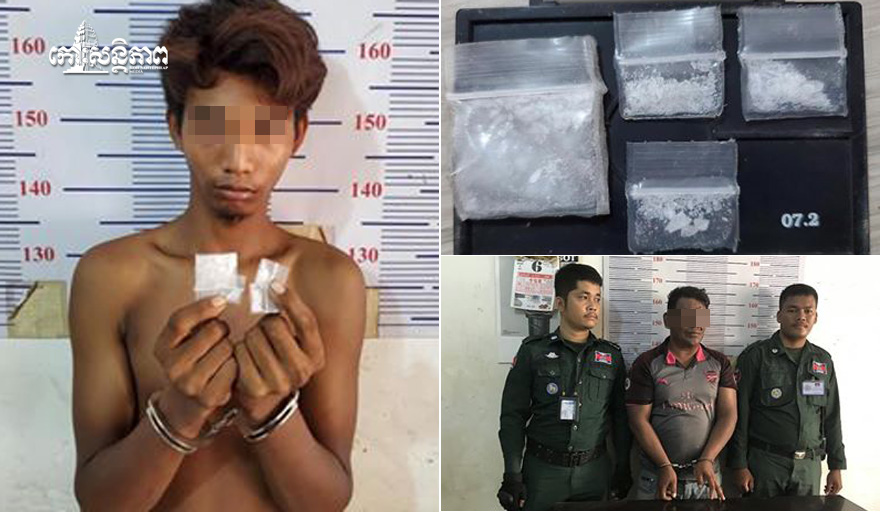 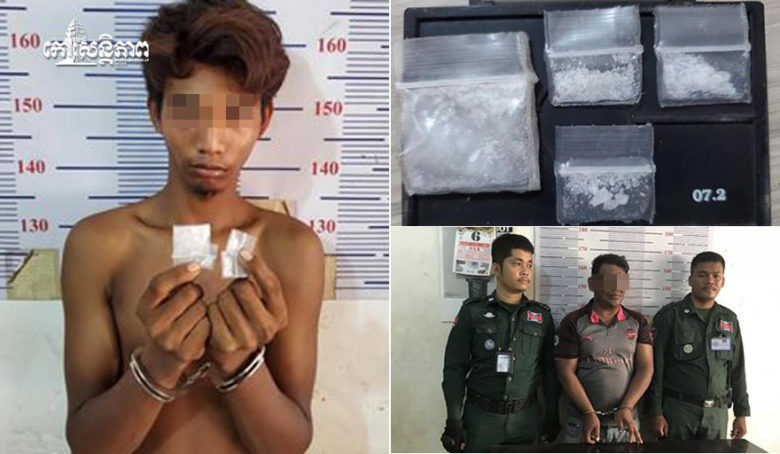 The suspects who were arrested: 1. Name: Samreth Ean, male, 46 years old, living in a rented room above the detention center, the owner of 24 drugs Small package and 1 large package. Second, 22-year-old Pat Sony confiscated 4 small packages of drugs, a total of 28 small packages and 1 large package. According to Chroy Changvar police, on the evening of July 5, local police patrolled the area and arrested the man. One of the suspects, Pat Sony, confiscated four packages of drugs.

After the arrest, according to the confession, the police conducted a search and arrested another suspect who was the ringleader and searched and confiscated Received 24 packs of drugs and 1 large pack. The suspects, along with exhibits, were sent by police to the inspectorate for legal action. By: Meng Thea