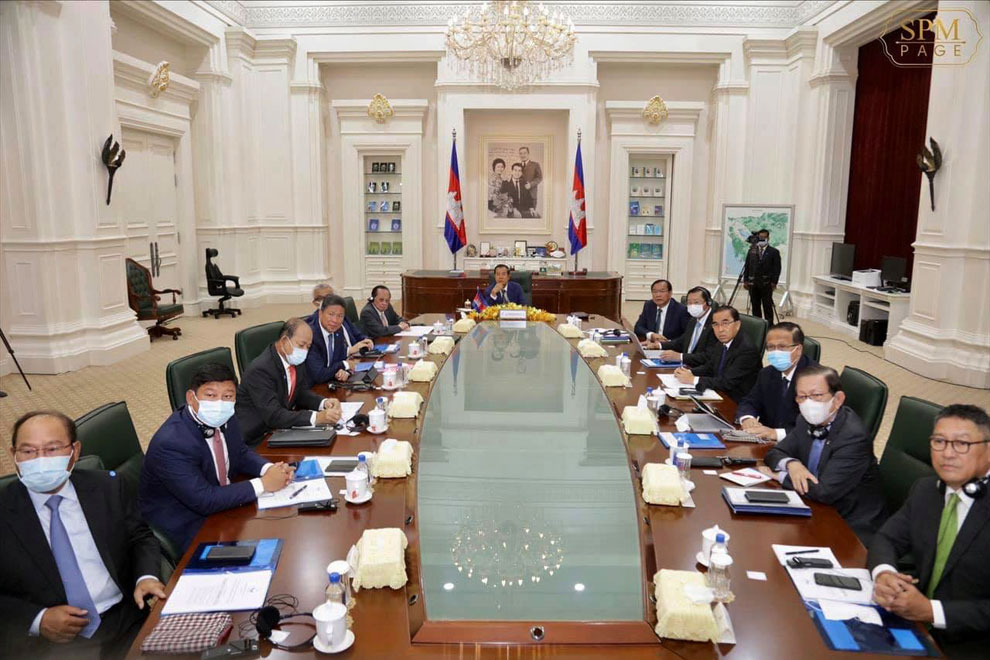 
Phnom Penh: Chinese Premier Li Keqiang has said that from 2020, China will share information on the state of the Mekong River with countries in the Mekong sub-region. Chang as the Cambodian Prime Minister urged to accelerate and achieve the economic development belt in the sub-region when Where global economic growth slows.

The prime ministers of six countries in the Mekong-Lanchang subregion, including China, Myanmar, Thailand, Laos, Cambodia and Vietnam, opened the summit yesterday morning. The third time of the Mekong-Lanchang cooperation, which took place through video. The summit was held under the theme "Promoting Partnerships for Common Prosperity."

"The Lancang-Mekong River is in China, so China plays an important role in launching an open forum," he said. To the six countries in this mechanism. If there is a change in water level in any situation or if it is difficult for each country to record information about this river We are ready to provide open data and invite experts from all over the world to analyze the data, and all the data will be available for the countries involved in Use it as a reference to create an effective response. ”

He said this would require regular ministerial meetings on water resources cooperation and water forums.

The Prime Minister of the Kingdom of Cambodia, Hun Sen, stated that he supported China's vision for employment with priority areas including water resources cooperation, connectivity through Construction of the Mekong-Lanchang Economic Development Belt and energy boost with new international land and sea trade corridors. He also supports other priorities, including sustainable development in agriculture and the environment and the promotion of public health.

Mr. Hun Sen said: "Reconciliation to find solutions to the most sensitive issues of cross-border water management is a success. Another most important aspect of our cooperation. In fact, the first Ministerial Meeting on Lancang-Mekong Water Resources Cooperation in China in December last year provided A clear direction for strengthening and expanding cooperation related to the sharing of hydrological data and information. "The practical results of this meeting continue to contribute to the promotion of mutual understanding in the management of water resources in the region."

He also expressed the view that in the context of slowing global economic growth, the creation of new sources of growth In this subregion is an indispensable factor.

"Therefore, we must work to accelerate the preparation and achievement of the Mekong-Lanchang Economic Development Belt, which will be A new engine of growth for our subregion. Promoting investment in quality infrastructure as well as industrial connectivity and cooperation and further promoting cross-border trade and "Strengthen the integration of the supply chain of our subregion into the global value chain."

Mr. Hun Sen said that improving cooperation in science, technology and innovation will also enhance the long-term competitiveness of the subregion. This too. Within the framework of this cooperation, Cambodia has received 55 projects since 2016, covering specific cooperation activities. This cooperation has led to the development and contribution to the well-being of the country and its people.

In early August, the Mekong River Commission released a 32-page report on the state of the lower Mekong. According to the report, the low water level may be due to El Ni កត្តាo and dam operations in the upper Mekong region. However, the General Secretariat of the Mekong River Commission has not been able to obtain official data and information to verify the main impacts of the regional reservoir operation. Upper Mekong.