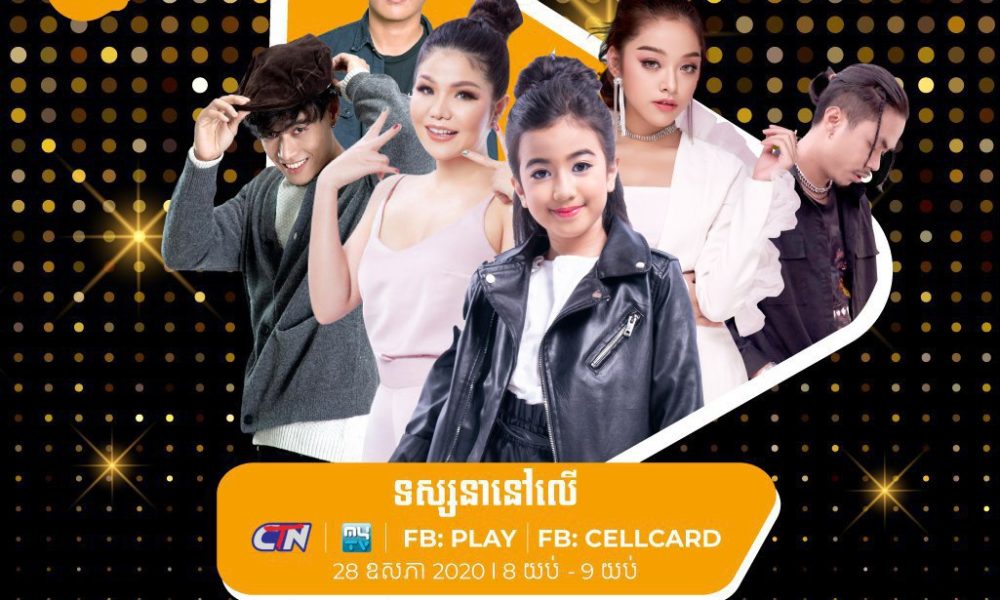 Cellcard is pleased to host the Cellcard 4U Virtual Concert, which will take place on May 28th with a live stream on Facebook and the presence of artists. Many famous and popular artists in Cambodia.

The concert will be held in collaboration with CTN and MyTV to raise funds for those most affected by the current economic situation.

The event will take place in a matter of hours, with performances by celebrities including Miss Meas Soksophea, Miss Ruth Suzana, Nou May, Chen, Mustache band members, Tempo Tris and little princess Norodomina!

Also, the little princess Jenna was announced as the Goodwill ambassador to Cellcard in February. At the age of eight, the little princess was recognized as a genius, speaking in five languages, capable of singing, dancing and performing, and now she is focusing on the Apsara dance practice. Well.

Meanwhile, Cellcard is also coordinating with the Garment Manufacturers Association in Cambodia (GMAC) with funds raised from the concert to be distributed to disabled and pregnant garment workers who are experiencing Very difficult to live in today.

Cellcard members can also donate to the cause during the live music performance. They can call or SMS to 1270 for only 25 cents (1,000 riel) for contribution. The donation will continue for two weeks after the concert ends.

Cellcard will work closely with WING, Cambodia's leading mobile financial services provider, to transfer money to workers with disabilities and pregnancies during the coming June.

Ian Watson, CEO of Cellcard, said: “Given the nature of the crisis 19, we see this as one of the best ways to entertain our customers. At the same time, we can also raise funds to support some of the most disadvantaged people across Cambodia. ”

"We are pleased to join Cellcard to support the communities affected by the epidemic of Kov-19," said Manuras Chan, CEO of Wing Bank.

In this difficult time, your charitable aid is not only essential to our community, but it also motivates other people to help protect our community. ”

As a fully-fledged Cambodian-owned mobile operator, Cellcard is excited about the opportunity to host a concert with the participation of many local celebrities.

"Cellcard is doing its best to support the Cambodian people in this difficult time," Watson said.