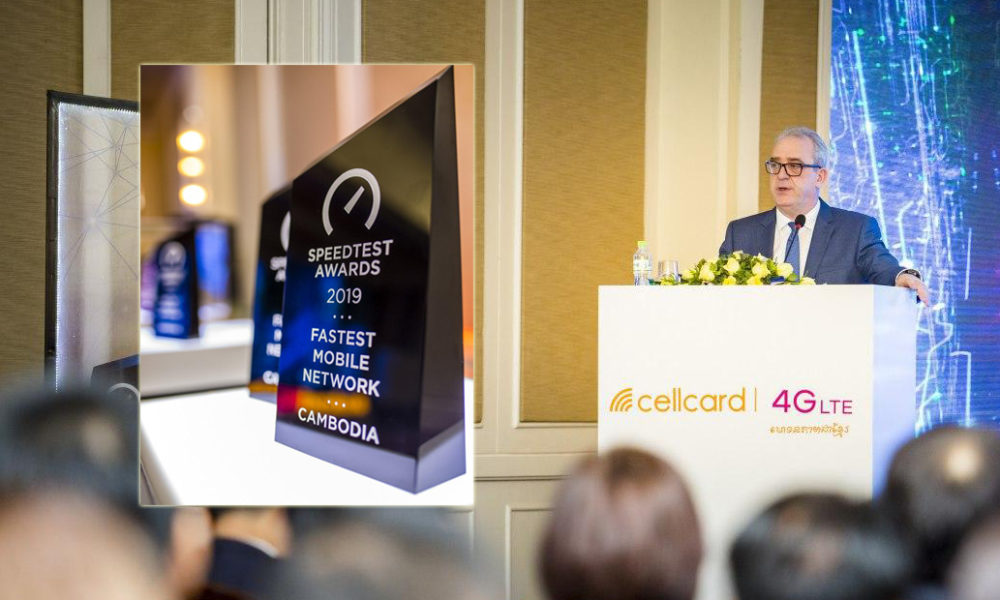 Phnom Penh, March 6, 2020 – Congratulations again on the 6th annual Speedtest Award Award presented by Ookla®. According to the announcement at the official press conference held at the Royal Hotel.

Cellcard has been recognized as the winner of the Kingdom's Speedtest Award Winner for mobile network speed, based on the testing and monitoring of Ookla institutions using Speedtest® between July and December 2019.

Cellcard can still hold the title until now, with the first award received in April 2017, after 4G has been widely deployed to consumers.

Ookla is a global leader in software testing and data analysis and analysis of fixed and mobile networks. Ookla will reward the operators for providing the country's fastest mobile network.

According to official reports, Cellcard scored 14.92 Mbps with an average download speed of 16.31MB (Mbps) and average storage speed of 14.32 Mbps.

Cellcard has been at the top of the charts for the third year in a row, with the points gap far outstripping other operators. According to a report provided by Ookla, Cellcard's mobile network is fast in some major cities, including Phnom Penh, Poipet and Sisyphon.

Ian Watson, CEO of Cellcard, said the award is a testament to Cellcard's commitment to providing the fastest internet to all existing customers. Strong consumption demand.

“The demand for mobile data is increasing dramatically in Cambodia, and last year the growth of Cellcard subscribers increased by 1,000%.

Being able to win the title again is one of the greatest achievements for Cellcard. At the same time, the company will continue to provide its customers with the best quality service to reach more customers using the fastest mobile network.