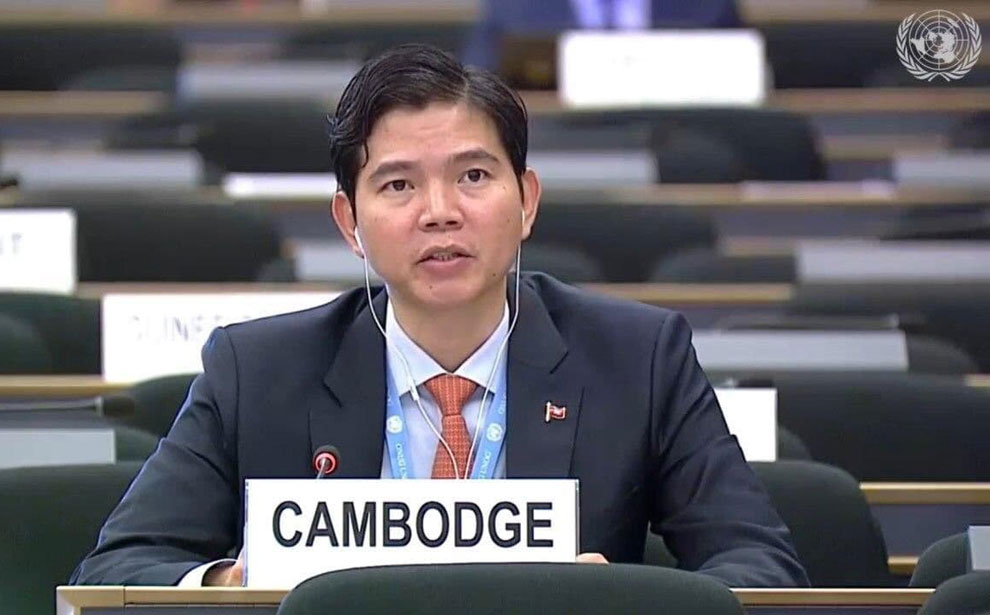 
Geneva: The Permanent Mission of Cambodia to Geneva issued a statement completely rejecting the views of Professor Mary Lawlor, the Reporter. UN Special Rapporteur on the Situation of Human Rights Defenders on 7 May this Year in Relation to the Trial of Mother Nature Activists In Cambodia.

On May 5, three members of Mother Nature, Long Kunthea, Phoun Keo Raksmey and Thon Ratha, were sentenced to prison terms. 18 to 20 months and a fine of 4 million riel on charges of incitement and conspiracy related to environmental issues.

Two days after the sentencing, Mary Lawlor stated that they had been incarcerated since September 2020. Just join to protect Ta Mok natural lake.

"I am saddened to learn that three human rights defenders from Mother Nature have been arrested," she said. Sentenced to 18 to 20 months imprisonment. "I should not say this, but that protecting the environment peacefully is not a crime." 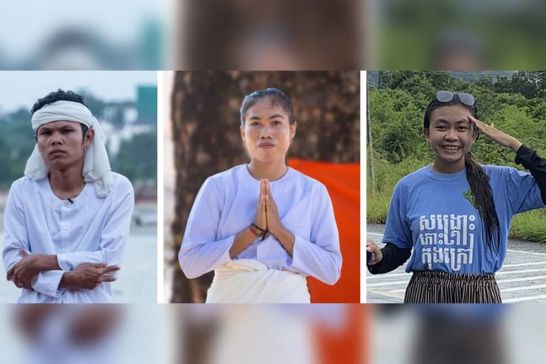 Three Mother Nature activists have been sentenced to 18 to 20 months in prison. US Embassy Photos

However, according to a press release issued by the Permanent Mission of Cambodia on May 8 this year, the comments of the professor This contains false information and can be confusing.

"Crimes are crimes and illegal activities cannot be used as an argument for any other cause," the statement said. One did. ”

With this, the Permanent Mission of Cambodia has provided some observations that Cambodia values ​​to properly registered and Operating within the bounds of the law. Unfortunately, the professor seems to be advocating for an illegal organization that pretends to take refuge under the label of environmental work.

Recently, the person also publicly admitted that the agenda of his activities was "beyond environmental reasons" and that it was right. Use "all means" to change the leadership of the state in Cambodia. Defenders have no right to violate the law with impunity. Offenses are offenses and illegal activities cannot be used as an argument for any other cause.

The Permanent Mission of Cambodia stated that she had never stressed that the exercise of freedom of expression The formation of associations and peaceful assembly must be linked to the duties, responsibilities and special restrictions set by law. As stated in the International Covenant on Civil and Political Rights. Failure to do so will further motivate and empower individuals to violate the law, disseminate false information and incite Violence and social divisions, all of which are pushing Cambodia into chaos.

According to the Permanent Mission of Cambodia, the Cambodian court will conduct the trial on the basis of due process and solid evidence, not On that rumor. The fact that defense lawyers representing foreign diplomats and civil society organizations were present in the courtroom Make it clear that court proceedings are conducted in a participatory and transparent manner. On the other hand, there are many examples of the punishment of individuals who support the ruling party if they violate the law in the past.

The statement described the professor's inappropriate remarks regarding the Cambodian court as an interference in the state's national justice system. A sovereignty. Arbitrary demands for the government to release an individual are tantamount to an attack on the decentralized system and The independence of the judiciary is guaranteed by the Cambodian Constitution.

The Permanent Mission of Cambodia emphasizes that the Special Rapporteur has a strict obligation to fulfill his role in accordance with the “Code of Conduct” and the “Operational Manual”. For Special Procedure Holders ”emphasizing the importance of compiling accurate and verified information and observing the provisions of Districts and Charters of the United Nations. Only with careful and thorough implementation in accordance with the above protocol can the state All in all, and Cambodia in particular, continue to maintain trust and cooperation with the Special Rapporteur.

The Cambodian Permanent Mission reaffirms the Royal Government of Cambodia's unwavering commitment to continue to ensure the exercise of rights. And all freedoms enshrined in the Constitution and within the framework of the rule of law for the benefit of all law-abiding citizens. For any specific group.