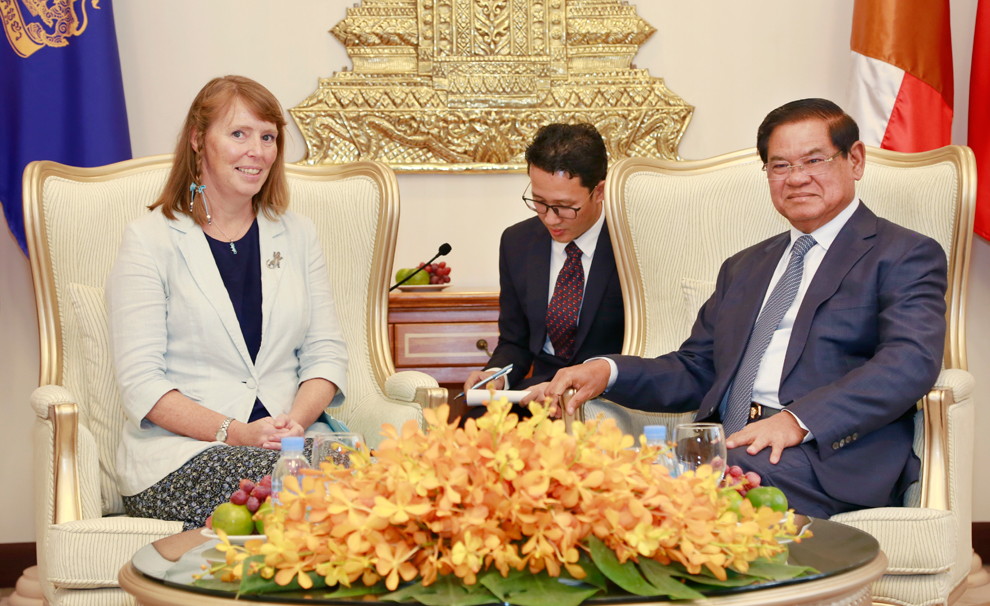 
Phnom Penh: The Permanent Mission of Cambodia has denied the Office of the High Commissioner for Human Rights in Phnom Penh for posting a message on social media last week. September 29 – Intimidation and Revenge on Individuals in Cambodia Cited in Unilateral and Unbalanced Report As a whole, the Secretary-General of the United Nations (UN).

A day later, on September 30, the Cambodian Permanent Mission in Geneva issued a press release stating UN Secretary-General Ban Ki-moon's report was based solely on the Special Rapporteur's comments. Not verified properly.

In that sense, it is possible to question the integrity and rationale of the bureaucracy, he said. Part of the report does not show the relevant government response. Doing so would undermine the integrity, independence and credibility of this UN body.

"Allegations that individuals who cooperated with the UN human rights mechanism were intimidated or retaliated against," the statement said. Is a complete exaggeration. As in other countries, the presence of police officers near venues should not be construed as a threat of intimidation. Or disturbance. "They are just doing their job to prevent any unrest or insecurity that may eventually occur."

Such disappointment comes after the UN Secretary-General released a report on "intimidation against And the Cambodian people who have cooperated with the United Nations "which left in late September and is in charge of the Office of the High Commissioner Human rights in Phnom Penh quoted.

The Special Rapporteur on the situation of human rights in Cambodia has received several reports of uninvited local police officers, the report said. Events, training sessions or meetings, came to take photos, ask about the organizers and the agenda, or request information from the participants, request to see the agenda. The list of participants tried to photograph the participants and question civil society representatives, and their families were closely monitored.

At the same time, the UN Secretary-General also called on member states to pay attention to public officials and other state actors. More about revenge and intimidation, including through training and issuing internal guidelines.

Theng Savoeun, president of the Federation of Cambodian Farmers' Communities (CCFC), told the Post yesterday that the UN Secretary-General Before mentioning anything, they always study to understand the procedure and conduct as in the report is correct or not. With reference to the legal documents set out in the UN.

"From what I have seen in the past, the Secretary-General's statement is correct," he said. Also.

Therefore, in order not to be mentioned or included in any report, I would like the Ministry of Interior to advise all its officials to implement Adhere to international legal standards and its existing national laws. "Otherwise, the recurrence will continue and tarnish Cambodia's reputation on the international stage."