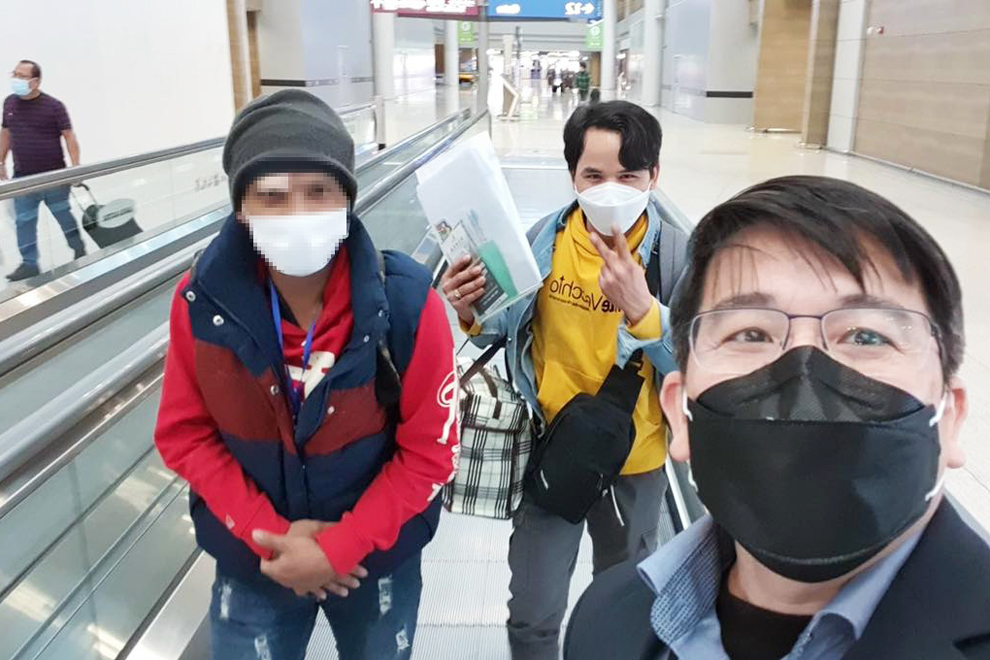 
Phnom Penh: Cambodian Ambassador to the Republic of Korea Long Dimanche told the Post on Sunday that embassy staff had intervened for a Cambodian worker. Who lost consciousness and returned to Cambodia after being taken to a local hospital for treatment Korea has recovered.

Mr. Long Dimanche stated that Ron Makara, a Cambodian worker with dementia or memory loss, was a worker in a parts factory and Install a refrigerator in Gimhae, south of Busan.

After intervening to bring the worker to the hospital for treatment until he recovered, the embassy team also intervened to prepare the documents. Other things were given to him to return to Cambodia as well, as he had lost some important documents, including his passport and ID card. Identify yourself at the worker's place of work in Korea.

"He has now returned to Cambodia and is being treated for 14 days at the Friendship Hospital," he said. "Cambodia-Russia in Phnom Penh."

According to the Ambassador, during a flight from Korea to Cambodia on the night of February 26, 2021, Mr. Ron Makara was The embassy team escorted him inside the airport and instructed some of his colleagues and Cambodian workers in Korea. Others who had to travel back to Cambodia also helped take care of him as far as Phnom Penh. The team also contacted his family in Cambodia to pick him up when he arrived at Phnom Penh International Airport.

In the case of a Cambodian woman named Duch Ratana who married a Korean man and disappeared after she went to live with her husband In Seoul for more than two months for no apparent reason, Long Dimanche told the Post that two days after the embassy announced her search for her, The official Facebook page of the Embassy [Khmer in Korea] on February 22, 2021, she informed via Comment on Facebook that she "Safe" as usual, but she did not say where she was staying.