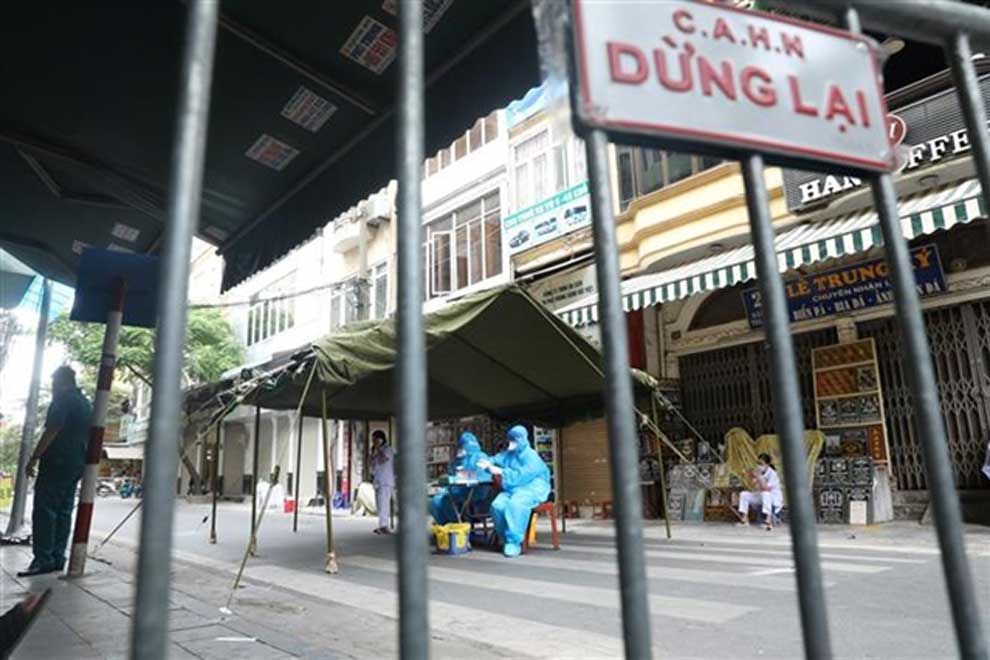 
Phnom Penh: The Cambodian Embassy in the Socialist Republic of Vietnam urges students, military trainees, police and Cambodians studying and staying in Vietnam to be extra careful with The outbreak of 19 Kovid virus in Vietnam prompted authorities to shut down the entire southern part of the country. 2 weeks.

Announcement of the Embassy of the Kingdom of Cambodia in Vietnam on 19 July: From midnight on 18 July Vietnam has locked the entire southern region in a two-week lockdown.

The order closes the entire Mekong Delta and Ho Chi Minh City, a financial and economic center with a population of more than 35. One million is equal to one-third of the Vietnamese population.

At the same time, from July 19, the Hanoi People's Committee requires people to stay indoors, avoid public gatherings of more than five people and keep Distance at least 2 meters. For going out when needed for emergencies, buying food or medicine, working in factories and businesses is allowed.

"The Hanoi People's Committee has also banned weddings," the Cambodian embassy said. Funerals can not exceed 30 people and must be strictly monitored by health officials.

The Cambodian Embassy added that all unnecessary services will be temporarily closed except for restaurants, businesses and services that are allowed to open, including factories. Traffic workers, construction sites, essential services such as food, medicine, electricity, water, electricity, gasoline.

The Cambodian Embassy said: "Please, students, trainees, military, police and Cambodians who are studying and present in Vietnam continue to be very careful. "In taking care of health and implementing health measures to jointly prevent the spread of this deadly Kovid-19 disease."

Meanwhile, on the morning of July 19, the representative of the Cambodian side, Ms. Youk Sambath, Secretary of State of the Ministry of Health brought a donation of medical equipment provided by The Royal Government of Cambodia handed over to the Vietnamese side for use in the fight against Kovid 19.

"These are not the first time that Samdech Techo (Hun Sen) has given these gifts," she said. Reach neighboring countries. But Vietnam is the fifth country that Cambodia has donated medical supplies to help prevent the spread of Kovid 19. . We could not see the suffering of our fellow villagers. "Even though Cambodia is a small country, Cambodia has a wide heart."

She said the donations did not fully respond to the outbreak of the Kovid 19 virus in Vietnam, but were representative of the spirit. Between Cambodia and Vietnam and helping the Vietnamese people as well.

In the past, the Royal Government of Cambodia has provided mass assistance to Laos, Myanmar, Timor-Leste and Nepal to fight Kovid 19.