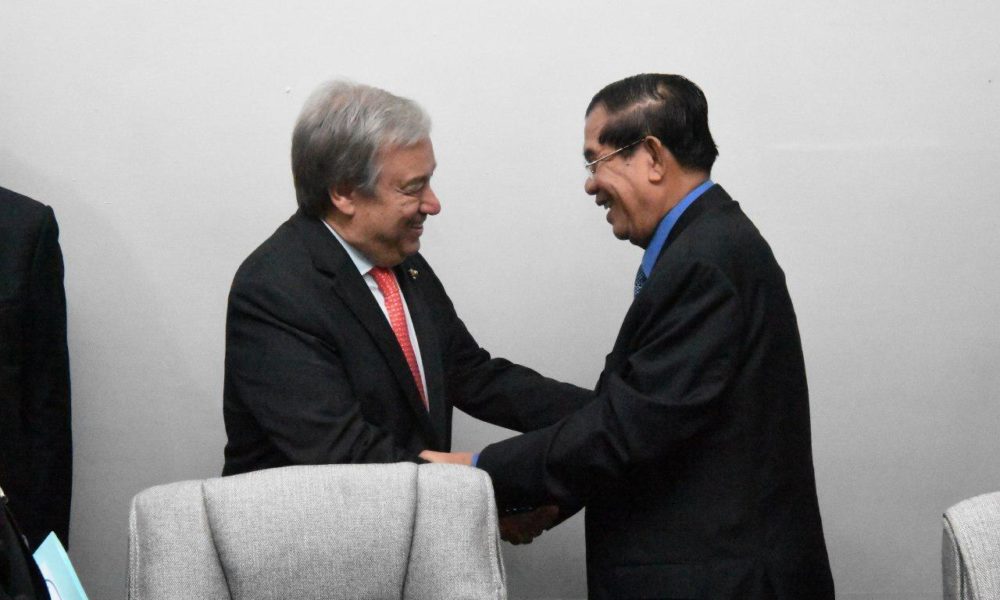 In a message to UN Secretary-General Antonio Guterres, who sent his condolences to the death of a blue hat officer in Mali, Samdech Techo Hun Sen expressed his thanks and expressed his commitment. It is hoped that the Royal Government of Cambodia reaffirms its commitment to the continuation of humanitarian activities and the building and maintenance of peace in the world.

In the message of Samdech Techo Hun Sen: “I have already received your letter of condolence, dated 12 June 2020, on the tragic loss of senior officer Savy, the national support force. Cambodia is on a multidisciplinary stabilization mission in the Republic of Mali (MINUSMA) due to the Ivory Coast disease.

"The officer's bravery and sacrifice will be remembered with the utmost respect and recognition nationally and internationally," he said. As well as being ready to work closely with the United Nations to take further action in response to the outbreak of the disease 19, the Royal Government of Cambodia reaffirms its commitment to continuing humanitarian and humanitarian activities. Build and maintain peace in the world.

It should be noted that Antonio Guterres sent a message to Samdech Techo Hun Sen to pay tribute to the death of a blue hat officer in Mali in late May.


Antonio Guterres made this clear: "I am deeply saddened by the death of the Cambodian National Support Force of the Multilateral Stability Mission in the Republic of Mali (MINUSMA) in Guam on May 29, 2020. Come on. ”

“On this very sad occasion, I would like to extend my heartfelt condolences to the families of the deceased and to the Royal Government of Cambodia on this tragic loss, and would like to express my appreciation for this. Contribute made by the Prime Minister's compatriots to our peacekeeping work in the Republic of Mali I assure the Prime Minister that the United Nations (UN) in cooperation with host governments is committed to further efforts to reduce the impact and prevent the spread of the disease. Ivory Coast disease on our peacekeeping mission.

"In the meantime, we take every step of our mission to ensure the safety and security of peacekeepers and other personnel," he said. In this regard, I would like to express my deepest gratitude to the Prime Minister's strong support to the UN. And especially to peacekeeping operations. "

It would be highlighted that on May 29, 2020, a Cambodian peacekeeper died after contracting 19 HIV infections in Mali. The soldier who died was 63-year-old Brigadier General Savvy, from Chong Beung Village, Mokak Commune, Ang Snoul District, Kandal Province.

So far, Cambodia has a total of 787 forces under the UN umbrella, including Lebanon, Sudan, South Sudan, Mali and Central Africa.