Cambodia vows to clear all mines by 2025 despite some challenges 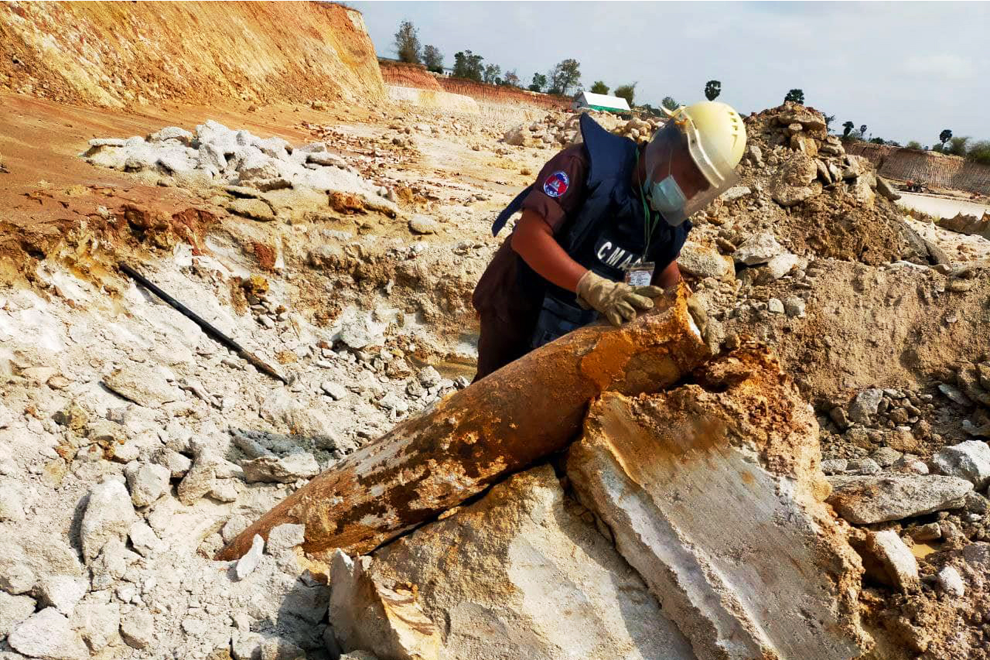 Cambodia vows to clear all mines by 2025 despite some challenges


Phnom Penh: Cambodia is committed to clearing all anti-personnel mines by 2025, despite some challenges, but this goal can be achieved depending on Involvement of relevant authorities and assistance from friendly countries and development partners. This is according to the Mine Authority and the development partners and demining operators.

Prime Minister Hun Sen, chairman of the Mine Action Authority, issued a three-page message for the 24th National Mine Awareness Day on February 24. 22 years ago. This day is held to commemorate the people of Cambodia, especially those living in areas affected by landmines, cluster munitions and national waste. Explode from the war to be very careful of the dangers caused by those explosives.

According to his message, from 1992 to 2020, an area of ​​2,138 square kilometers was cleared for use and cultivation. Of that, 58 percent will be used in agriculture, 12 percent for infrastructure and 38 percent for other uses such as housing, schools and health centers. There are 6,357,853 beneficiaries.

Mr. Hun Sen said: "Although the field of mine action has been achieving great results, Cambodia needs to clear the area. Another 835 square kilometers of landmines and 1,316 square kilometers of explosive remnants of war to achieve the planned vision "Cambodia's national strategy with no mines in 2025."

He called on local authorities at all levels, the armed forces and national and international operators to be more involved in disseminating to the people, students and Outside school students are aware of the dangers posed by landmines, cluster munitions, and explosive remnants of war. The mine authority must work with deminers to clearly identify hazardous locations.

He also called on donors and development partners to continue to support demining activities, cluster munitions and explosive remnants of war. "Education wars reduce accidents and rescue people with disabilities from these explosives."

He asked people not to touch or play with mines or explosive remnants and not to sell these explosives because it is illegal. Citizens should also not enter areas they are unfamiliar with or suspect of mines and explosive remnants.

Mr. Ly Thuch, Secretary General of the Mines Authority, said that Cambodia has also set a goal for Cambodia to be mine-free by 2025 through the National Strategic Plan for Mine Action 2018-2025, which The plan requires Cambodia to clear more than 160 square kilometers of landmines a year. But this target is only for anti-personnel mines, excluding cluster munitions or other explosive remnants.

Currently, there are many demining operators who are carrying out missions such as CMAC, Halo Trust, Norwegian People's Aid, MAG, Royal Cambodian Armed Forces and Blue Hat soldiers in Akira district, Japanese demining organization, JMAS, China Peace Land Association and others. In total, the demining force is about 2,600 people.

However, Mr. Ly Thuch stated that there are some challenges ahead to achieve this goal. One of the challenges is that landmines can be larger than planned. Natural disasters such as floods also cause landmines to float or sink deeper into the ground, which is a challenge.

"Another problem is that our deminers are still limited and some of them are old enough to retire," he said. "Deminers need to be healthy to do this job because it is the highest risk job and we consider him a hero." .

He added that the budget is an important factor because to have more deminers and modern equipment must have a budget.

He continued: "So ask how from now until 2025? We still have high hopes and determination without giving up. We sincerely hope that our efforts and all stakeholders will continue to maintain and enhance even higher. "But we need to address these challenges in order for us to succeed."

UNDP Representative in Cambodia Nick Beresford says the United Nations and UNDP are committed to assisting the Cambodian government in achieving a landmine-free Cambodia. 2025. UNDP has supported the Mine Action Authority to clear 255.6 square kilometers of mine land since 2006.

To achieve this goal, more resources are needed and the speed of demining must be accelerated. The government has vowed to use the Royal Cambodian Armed Forces [RCAF], which has experience in demining, in UN peacekeeping missions. 2,000 troops have been asked to be deployed to achieve this goal. This is what Beresford said.

"With the well-coordinated efforts of the Royal Government of Cambodia, the Royal Cambodian Armed Forces, development partners, national and international operators, it is possible," he said. "And to achieve a landmine-free Cambodia by 2025."

A Halo Trust representative said on condition of anonymity that the plan could be achieved if enough resources were available. "Most of the minefields are being recorded and are being cleared," he said. But the fierce fighting of more than three decades of war has created a complex picture that varies with land use, population growth and exploitation. "Domestic migration, especially involving unexploded ordnance, is difficult to predict and draw."