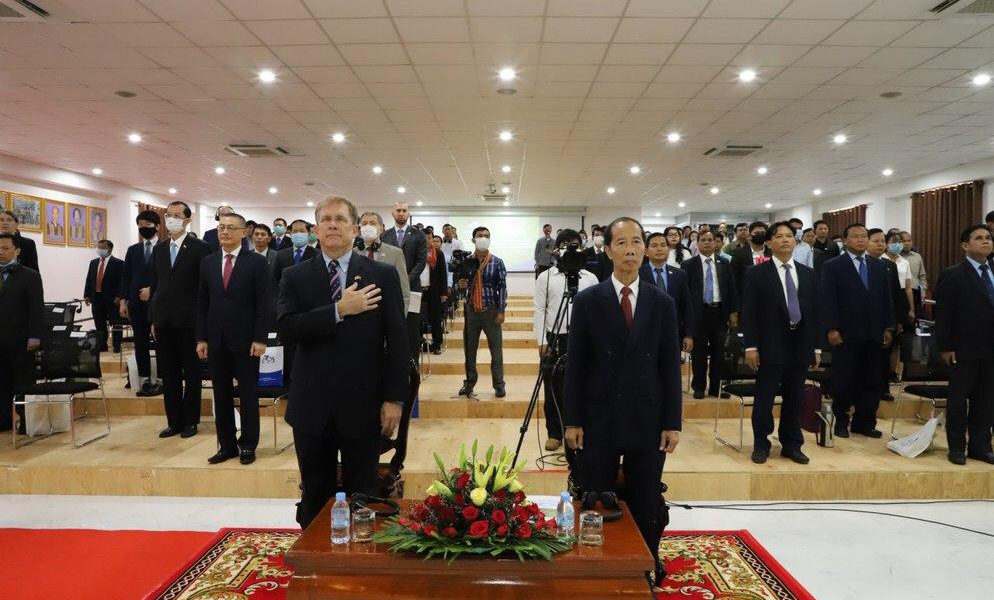 Phnom Penh: Mr. Sok Touch, Permanent Vice President of the Council of Doctors and President of the Royal Academy of Cambodia, confirmed that Cambodia and the United States share a long border and have different languages, but have the same smile and love the same peace. According to the website of the Royal Academy of Cambodia.

At the Scientific Forum on "Cambodia-US Relations" on July 11, 2020, Mr. Sok Touch said, "Although we have far-flung borders, different languages ​​and different colors, it is true that We have the same smile, the same peace, the same oxygen, the same water, the same unlimited love and the same desire to build a good relationship with each other.


He added that all of this makes the relationship between the two countries inseparable, especially His Majesty King Norodom Sihanouk, who established a good relationship with the United States and continued to be Samdech Techo Hun Sen. The Prime Minister of Cambodia is a key player in deepening and deepening Cambodia-US relations.