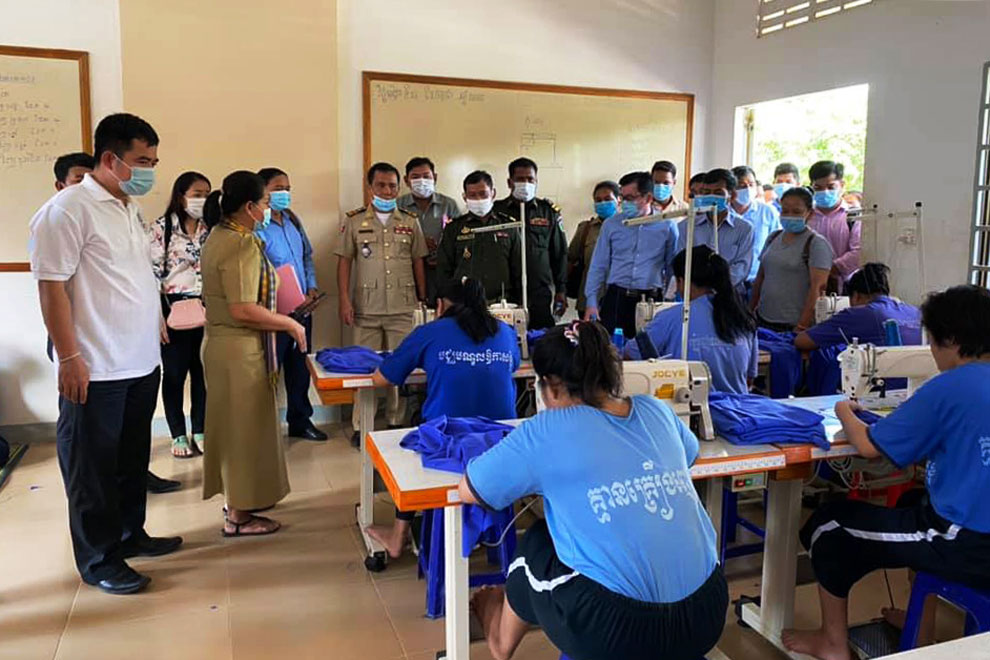 
Phnom Penh: The Cambodian National Anti-Drug Authority and the Thai Drug Control Council jointly hold a three-day training course on medical work And Rehabilitation of Drug Addicts to Officers to Work at the National Center in Sihanoukville, which is scheduled to open in November This year.

According to the Facebook page of the General Secretariat of the National Authority for Combating Drugs on August 11, the training was organized from 11th to 13th August, with the sharing of legal experience, theory and practical work.

Meas Virith, secretary-general of the National Authority for Combating Drugs, told the Post on August 11 that the training took place while Cambodia was preparing Launches National Community Based Voluntary Treatment Center for Drug Addicts in Sihanoukville in November 2020 is coming, on the occasion of the 70th anniversary of the Cambodian-Thai friendship and solidarity.

He said that there are 20 officers who have been trained and plan to work at the National Center in Sihanoukville. Take the first step in managing a new center that can accommodate nearly 400 drug addicts.

But the number of officers will increase depending on the size of work in the center.

He said: "This center is for addicts, which some parents love the center, they send to the center because they want to stay long. . Some people do not like that place, they take it to the health center for treatment, follow the doctor, they take it because they are drug addicts Very difficult to control.

The National Center is a place that provides the right treatment and has the ability to provide additional vocational training.

Mr. Meas Virith also mentioned that the National Authority for Combating Drugs continues to urge the Capital and Provincial Drug Control Committees to strengthen and develop drug treatment. Community-based drugs in communes to support 450 free drug users and addicts Place. It also continues to improve care in the community by organizing data on users and drug addicts to be consistent between the institutions. Laws and institutions providing public health services as well.

He added: "For the data that we have addicts receiving treatment or rehabilitation is not clear because it can Overlap or separate. We set up this center, we set up data management so that there is accurate recording, no overlap, and when he "Leaving the center and coming back is a recurrence."

Meas Sovann, president of the Association for the Relief of Drug Victims, told the Post on August 11 that it was a good thing that officials working at Drug Addiction Treatment and Rehabilitation Centers receive training in both theory, law and practice. He said that officials working in these centers are demanding higher education because drug addicts are difficult to control.

"Technically, drug users are not easily cured and often relapse," he said. Because most guardians do not cooperate with the center. Take it and disobey it, like he has to rest for 6 months to 1 year to take their children. He came to the center less than three months and took it back.

According to Ms. Chey Bopha, Deputy Secretary General of the National Authority for Combating Drugs, Cambodia has always adhered to measures to prevent the spread of Kovid 19. In various temporary centers. She said that in the first six months of 2020, Cambodia controlled 12,942 drug users.