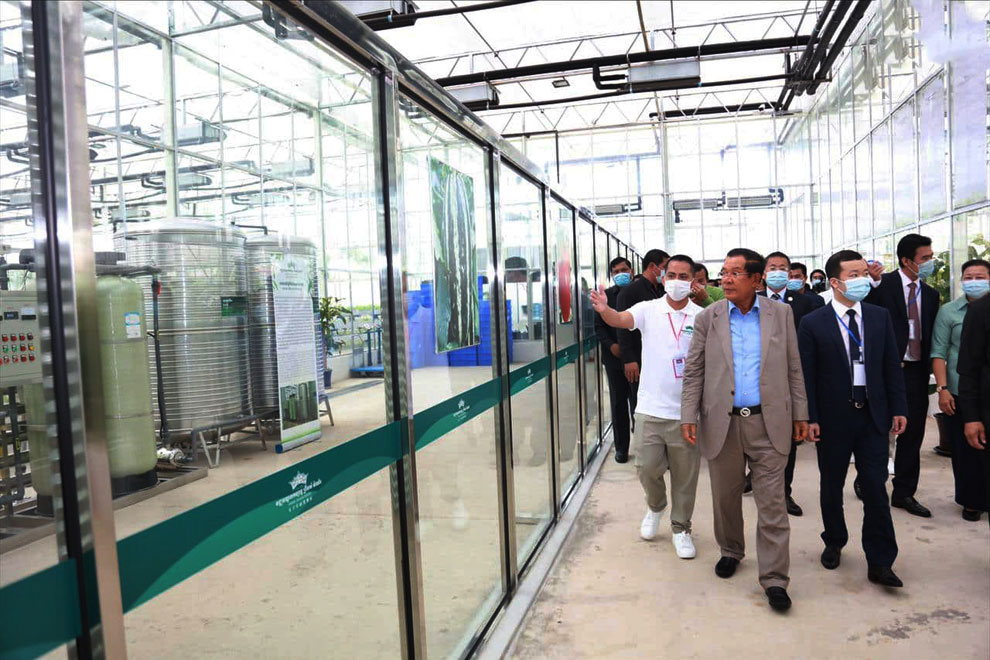 
Middle: Prime Minister Hun Sen said yesterday that Cambodia had sent diplomatic notes to embassies expressing Cambodia's position and clarifying the allegations. The claim that Cambodia is a satellite of China and that Ream military bases allow China to use exclusively.

Speaking at the inauguration of the Prince Manor Entertainment Center in Kandal province's Kien Svay district yesterday, Mr. Hun Sen thanked China for its participation in the construction. Many infrastructures in Cambodia.

But he said some people turn to Cambodia as a satellite of China when China provides aid to build infrastructure.

He said: "Some people see China come to build the road, help build the road, provide grants, provide loans to Cambodia. Make it clear that Cambodia, the satellite of China, chooses China to abandon this great power, that great power. But I want to confirm, I want to ask back, if this road, this bridge, China did not do, who will come to repair it? I asked back.

He said that if there was someone who could prove that someone else could do it instead of China, he was willing to step down. However, he acknowledged that in fact some bridges were built by Japan and Korea, but China built thousands of kilometers.

He said: "Take only one bad thing to say that Cambodia went with China and to this day accuse Cambodia of handing over Ream port for Chinese monopoly, forced to re-inject what I said in Sihanoukville since June Listen to the English translation again and ask the Ministry of Foreign Affairs to make diplomatic notes and send them to all embassies that Mr. Hun Sen said so, why? "Ream military port to become an international port."

The Prime Minister clarified that Cambodia allows foreign ships to enter the military port of Ream, but must first ask permission because this port It is a military port or a war port, not a cargo port. "So you have to ask for permission, not just one Chinese has the right to use, other countries ask for permission to dock," he said. "Refueling or landing to exercise with Cambodia or do something with Cambodia, we welcome." 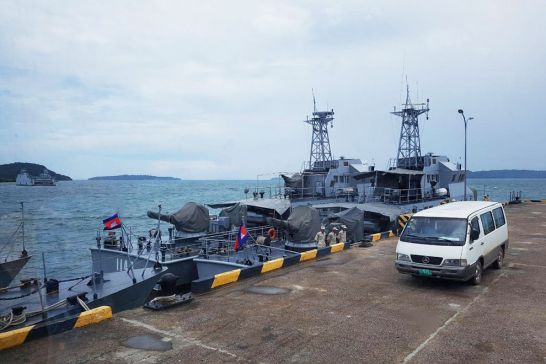 The ship docked at Ream base in July last year. Photo of a colleague

Political analyst Lao Mong Hay said yesterday that the 1991 Paris Agreement and the Cambodian Constitution provided for Cambodia's neutrality, which included There is also a ban on the presence of military bases or foreign forces on its territory. Therefore, it is appropriate for the government to call on the co-chairs of the Paris International Conference on Cambodia, which includes France and Indonesia, to establish Neutral Committee of Cambodia. The committee is tasked with overseeing the implementation of the terms of the neutrality agreement, focusing on banning the presence of military bases and foreign troops on Cambodian territory.

"I am confident that this initiative will be effective in dispelling any doubts about this issue," he said. .

However, Kin Phea, president of the Institute of International Relations of the Royal Academy of Cambodia, believes that the accusation against Cambodia that provides a base for the Chinese military will remain. Further, because such allegations are politically motivated, even if the Royal Government responds in writing or orally.

"Well, I think it is clear enough that the government's confirmation," he said. But because the accusation is political, no matter how clear and concise we are, it is impossible to dispel any suspicion. There is no. What they want to see is that Cambodia has nothing to do with China. Ah, they lost their suspicions. "What we can do is continue to confirm our position."

James Sok, an analyst based in the United States, believes that geopolitical issues in Asia are related to the "Belt and Road" economic plan. Of China. China wants to use the Gulf of Thailand as a base to support the logistics of Chinese liberation ships. The United States, on the other hand, sees only one country in the southern part of Vietnam, from the Gulf to the Gulf of Thailand. No, it could be a military port for the Chinese People's Liberation Army to dock and repair.

Mr. Jem Sok further stated that Mr. Hun Sen's claim about allowing foreign ships to dock at Ream Military Port at the request of Strategic remarks, but he did not comment.