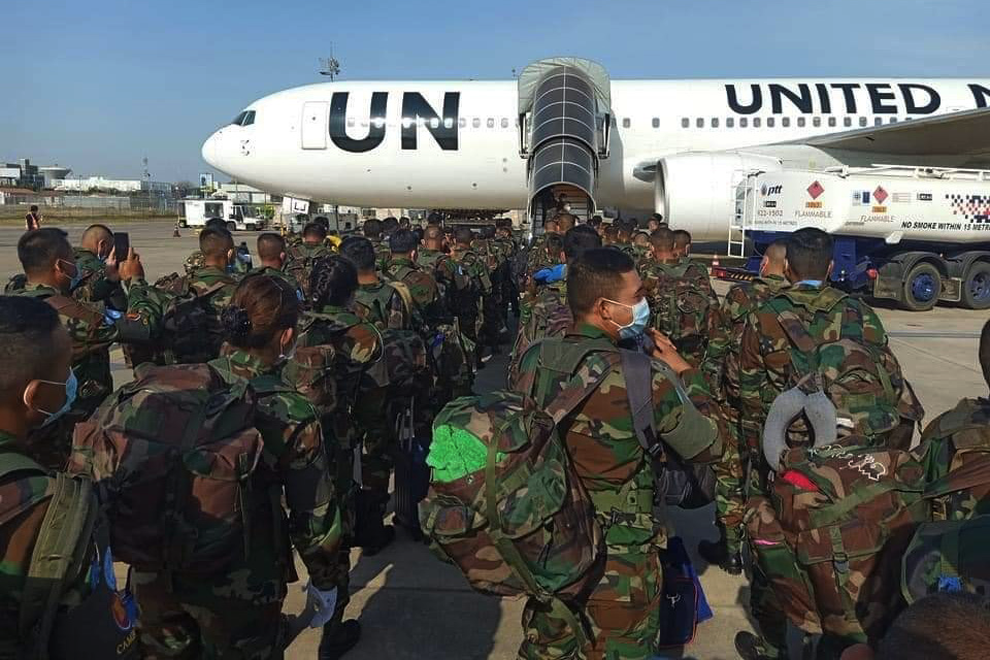 Kosal Malinda, a spokeswoman for the National Peacekeeping Center, told the Post on Monday that the engineering troops were from the 928th Squadron. . They left Phnom Penh International Airport for Lebanon on the evening of January 31, 2021 on UN Flight ET8801.

"When they arrive in Lebanon, they will have the same responsibilities as the previous engineering forces," she said. In the construction of flat and vertical structures such as the border fence of Lebanon and Israel peace, including the clearance of mines and unexploded ordnance The blast occurred along the border between the two countries.

According to Malinda, their presence has made the Cambodian Blue Hat Force, which is continuing its mission under the United Nations umbrella in Lebanon Now it has risen to 184, including 30 women. In addition to building border fences, peace and demining, some of them have also participated in first aid programs for fighters in some countries. Participated in work missions under the United Nations umbrella in this country.

Since the first global Kovid 19 pandemic, Cambodia has sent Blue Hat troops on request. Three UN missions, the first of which on September 11, 2020, sent a squadron of airport engineering brigades. And a total of 218 demolition squadrons to Mali, and the second, on October 25, 2020, sent a multi-tasking force. 73 engineers to South Sudan and 92 to Lebanon on January 31, 2021 .

It should also be noted that on May 29, 2020, a Cambodian peacekeeper died after contracting Kovid 19 in Mali. . The soldier who died was 63-year-old General Tos Savy, a resident of Chong Boeng village, Makak commune, Ang Snoul district, Kandal province.